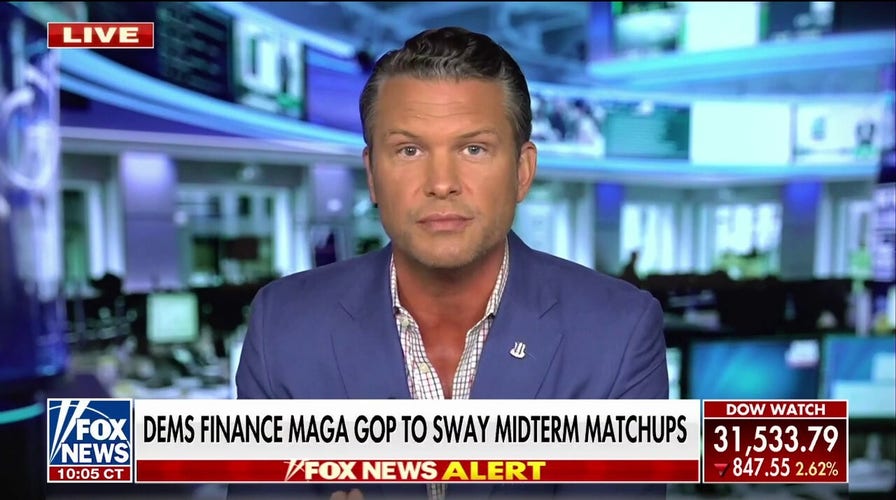 ‘Fox & Friends Weekend’ co-host Pete Hegseth sounds off on the ‘sheer political cynicism’ as Democrats prop up far-right candidates in order to boost their own chances in the midterms.

“Fox & Friends Weekend” co-host Pete Hegseth blasted Democrats’ move to financially support Republican candidates they deem “extreme” as a way of boosting their own chances in the 2022 midterms. On “The Faulkner Focus” Tuesday, Hegseth called the strategy “sheer political cynicism” and said it proves that Democrats don’t actually believe that Republicans are a threat to democracy.

PETE HEGSETH: It’s sheer political cynicism. It shows you they don’t believe their rhetoric of “threats to democracy.” We’re not a democracy. That’s the phrase they always use. I also won’t buy into “far-right” or “extremist candidate.” … This is the national Democrats trying to pick the Republican they would prefer in order to keep that seat. I understand that. That’s politics, we get that. But at the end of the day, it’s we the people, the voters who should get a chance to decide. And this is not just Democrats. Mitch McConnell is doing the same thing, trying to say “we have candidates who are unelectable” as opposed to supporting good candidates. If we told Marco Rubio or Ted Cruz, if the establishment had chimed in, then they wouldn’t be senators. They would have been “too extreme.” Or they’re principled and can articulate, and the voters are going to be drawn to them. Then you stand beside them. This is rank politics. Of course it’s hypocrisy. It means they don’t believe their own rhetoric about threats to democracy. And the voters will decide today. 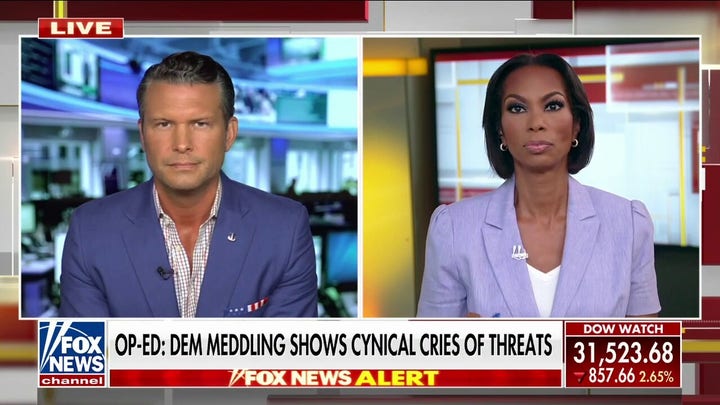