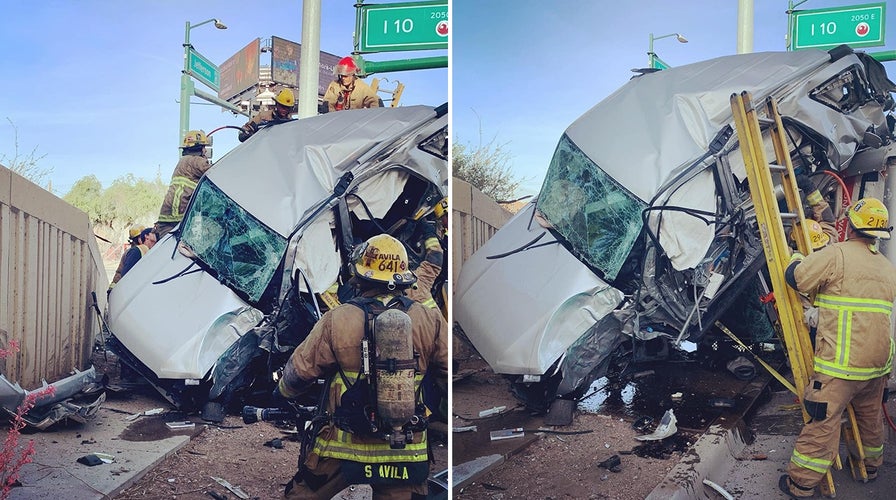 Phoenix firefighters responded to a rollover wreck on Sunday after an SUV and U-Haul truck collided, leaving a 9-year-old girl critically injured and several others hospitalized, fire officials said.

The collision happened around 7 a.m. near 20th Street and Jefferson Street, the Phoenix Fire Department said.

“Upon arrival crews found a U-Haul on its side with an SUV resting on [the truck’s] cab,” the department said in a statement obtained by FOX10 Phoenix. Fire crews shared dramatic photos of firefighters responding to the wreck.

Three people were inside the SUV including the 9-year-old girl, a man and a woman, the station reported. All three were reportedly hospitalized with critical injuries.

The driver of the U-Haul truck was hospitalized and in stable condition, officials said. 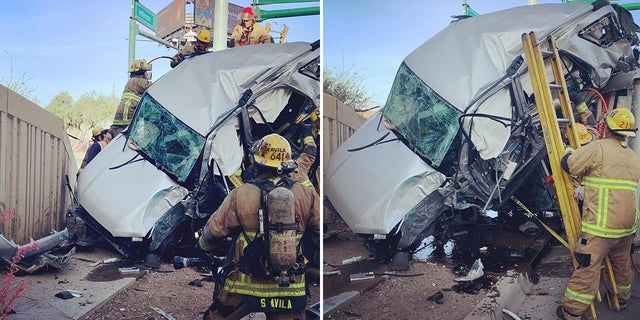 A 9-year-old girl and two adults in the SUV were hospitalized in critical condition, authorities said. (Phoenix Fire Department)

A fifth person involved in the crash was treated on the scene, AZFamily reported. It was unclear which vehicle they were in.

The circumstances leading up to the vehicle collision were not immediately clear. No additional information was immediately available.