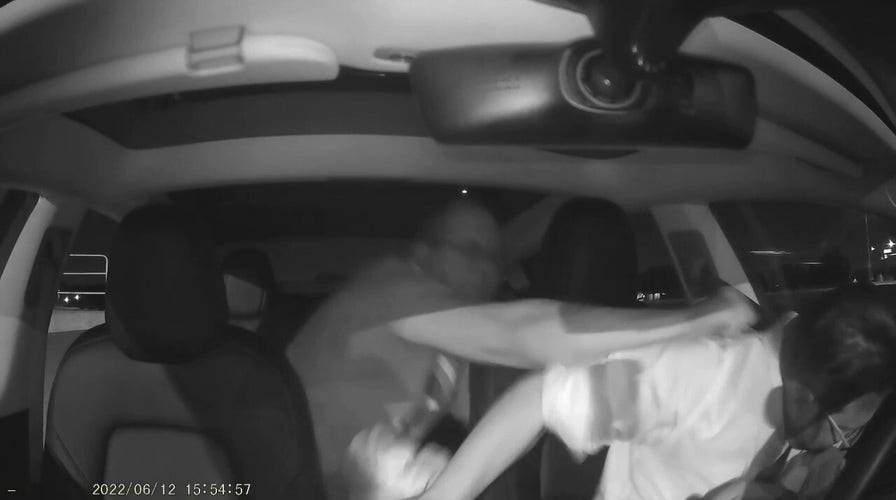 Deputies in Phoenix, Arizona, are investigating an incident in which an Uber customer attacked his driver before leaving the scene – a dramatic incident caught on surveillance video.

The Uber driver, Jonathan Carroll, picked up the customer in the Laveen area around 2 a.m., Fox 10 of Phoenix reported.

According to the report, the unidentified suspect entered Carroll’s vehicle and began to argue with Carroll over the pick-up location. The two men feuded and Carroll then refuses to provide the man with a ride. 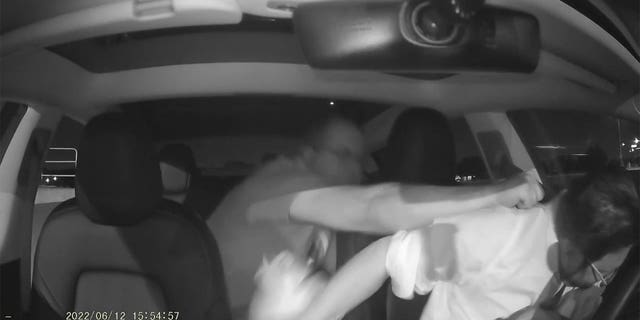 A dashcam then captured the suspect in the back seat of the vehicle reaching forward and striking Carroll several times before he collected his things and got out of the car.

This was the first time Carroll experienced this type of problematic customer in the eight years he has been a ride-share driver, he told the outlet. 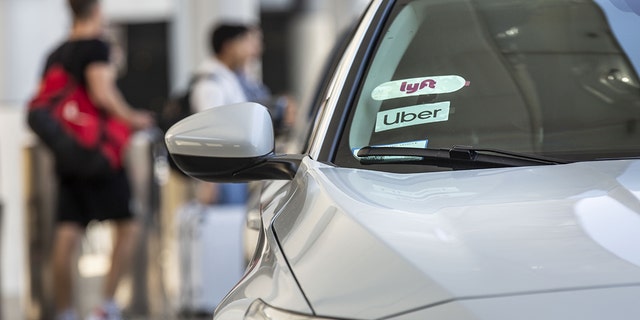 Lyft Inc. and Uber Technologies Inc. signage displayed on the windshield of a vehicle in 2019. (Allison Zaucha/Bloomberg via Getty Images, File)

“The vast majority of the time, I don’t have any issues with people. I’ve never felt like my life was threatened by anybody,” Carroll said. “I was pretty calm during the entire thing. I didn’t shout obscenities or anything or even remotely start throwing punches or anything like that, and it just escalated, and he started sucker-punching me.”

The Maricopa County Sheriff’s Office is encouraging anyone with information regarding the case to contact them at 602-876-TIPS or report anonymous tips to Silent Witness at 480-WITNESS.