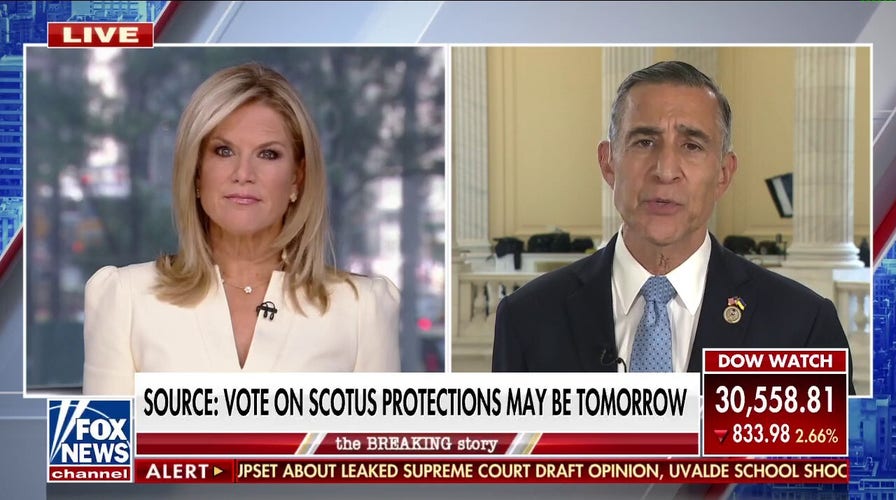 Politico was mocked for worrying that upcoming Supreme Court decisions could limit the executive branch in an article on Sunday.

Politico’s article “How SCOTUS’ upcoming climate ruling could defang Washington” was concerned about the case West Virginia vs. EPA which focuses on whether the Environmental Protection Agency can issue rules on the nation’s electrical grids without congressional authority. If the Supreme Court rules in favor of West Virginia, Politico notes, it could significantly impact the Biden administration’s efforts on climate change.

“The Supreme Court is expected to issue a ruling this month hobbling the Biden administration’s efforts to rein in climate change — but its impact could weaken the executive branch’s power to oversee wide swaths of American life,” Politico wrote on Twitter.

In the article, Politico specified that the EPA case could also “unravel” the regulatory state established by the New Deal. 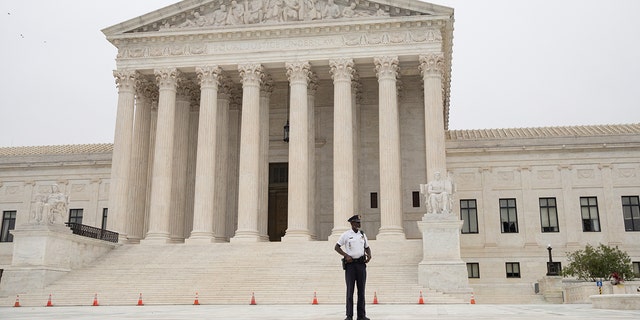 A police officer patrols in front of of the U.S. Supreme Court in Washington, D.C., on Tuesday, Oct. 12, 2021. (Emily Elconin/Bloomberg via Getty Images)

“The Supreme Court and several Republican-appointed judges have invoked the same principle repeatedly during the past year to strike down a series of Biden administration responses to the coronavirus pandemic. Liberal legal scholars worry that the EPA case could yield an aggressive version of that thinking — unraveling much of the regulatory state as it has existed since the New Deal,” the article stated.

Politico also quoted Georgetown University law professor Lawrence Gostin saying, “A narrow reading of what the federal agencies can do is going to literally handcuff the federal government from taking action to protect Americans’ health safety and the environment.”

The U.S. Environmental Protection Agency’s (EPA) logo is displayed on a door at its headquarters in Washington, DC. ( Justin Sullivan/Getty Images)

The decision for case is expected to be announced this month

RON DESANTIS CALLS OUT DEMOCRATS, MEDIA OVER THREATS TO SCOTUS: ‘TOTALLY ANTITHETICAL TO RULE OF LAW’

The Federalist senior editor David Harsanyi tweeted, “It’s always incredibly how little political stories grapple with the constitutionality of these issues — which is the court’s job, though you’d barely know it. They just don’t care.”

“And now we return to our regularly scheduled fear-mongering about Our Democracy,” Townhall columnist Kurt Schlichter wrote.

Committee to Unleash Prosperity president Phil Kerpen joked “Don’t get our hopes up!”

The Supreme Court has faced intense scrutiny by mainstream media outlets as of late for their upcoming rulings. The most notable ruling is Dobbs v. Jackson Women’s Health Organization, which a draft opinion leak suggested could overturn Roe v. Wade.