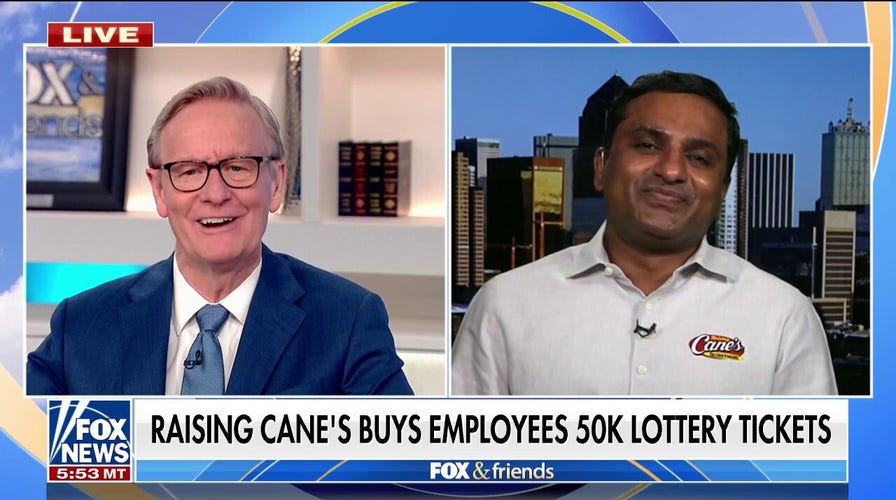 Raising Cane’s buys 50K lottery tickets for employees: ‘It’s how we do business

Raising Cane’s CEO AJ Kumaran shares why he bought 50,000 lottery tickets for all his employees as the Mega Millions jackpot hits $810 million

Now that the latest Powerball drawing has jumped to a record 1.9 billion, people may be wondering how the winner of the lottery prize will protect his or her personal safety and identity.

The Powerball prize hasn’t been won in over three months — and there were no tickets that matched all six numbers during this past Saturday’s drawing.

If someone wins the jackpot, the ticket holder has the option of taking the cash value, which rose to $929.1million.

POWERBALL JACKPOT: HOW TO HANDLE BECOMING A MULTIMILLIONAIRE OVERNIGHT

That hefty prize is likely to draw attention to any winner(s) whose identities are revealed — which arguably makes the winner(s) a target for theft and other safety compromises.

However, public disclosure laws actually vary by state, according to each state’s lottery website as well as the Mega Millions lottery game’s website. 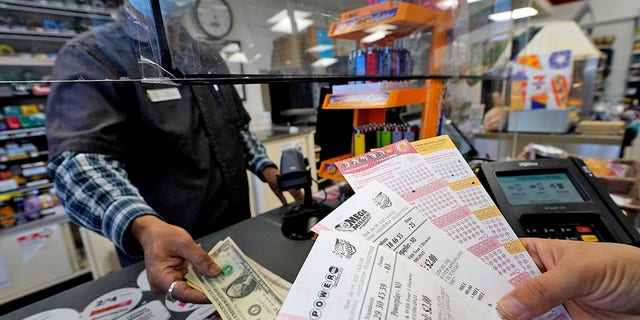 A customer purchases Powerball and Mega Millions tickets at a convenience store in Northbrook, Ill., Wednesday, Jan. 6, 2021. The Powerball jackpot was up to $410 million during that time.
(AP Photo/Nam Y. Huh)

“Some states require their lotteries to publicly identify winners, while others do not,” the lottery game’s website states. “Check with the lottery in your jurisdiction.”

Here are a number of U.S. states out of the 45 Powerball-participating states where winners can be anonymous.

This list is subject to change as more states have been pushing for legislation that would protect lottery winners’ identities.

What states in America allow Powerball winners to be anonymous?

The names of people (or legally formed entities) who win $600 or more are held confidential for 90 days from the date the prize is awarded, according to the Arizona lottery.

Winners are also not revealed in public records during that period.

Winners of $100,000 or more may choose to have their names remain permanently confidential. However, the prize winner’s city and county of residence is not confidential, in accordance with Arizona law.

State law in Delaware allows winners to remain anonymous, according to the Delaware Lottery Games.

After the 90 days, the winner’s name, city of residence, date won and game and amount won are available for any third party to request. The winner’s street address and telephone number will remain confidential, according to the Florida Lottery.

If a person wins a lottery prize of $250,000 or more, that person may remain anonymous.

The Illinois jackpot winner may elect to remain anonymous. “If your prize is $250,000 or greater, you may request to keep your name and municipality of residence confidential by indicating that choice on the Illinois Lottery Winner Claim Form,” according to Illinois Lottery rules. 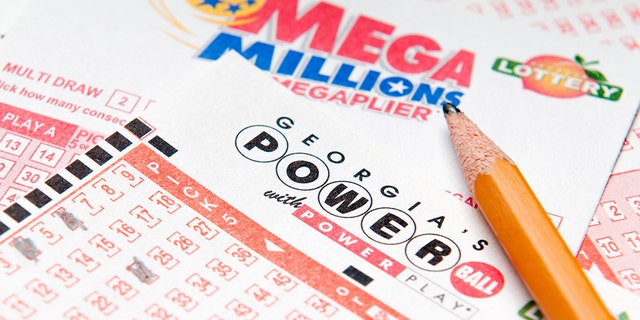 A number of U.S. states — including Georgia — allow lottery winners to claim their prizes anonymously.
(iStock)

HOW TO UP YOUR CHANCES OF WINNING THE LOTTERY

Lottery winners have the right to remain anonymous in Maryland, according to the state’s lottery organization.

“We do not release any such winner’s name or photo unless the winner has specifically given us written consent to do so,” Maryland’s website states.

After a bill was passed in 2021, the names and cities of lottery winners collecting a prize greater than $10,000 are anonymous unless the winner chooses to go public.

By law, the Missouri Lottery cannot publish names of lottery winners without their prior consent, according to the state’s lottery site.

The name of a Montana Lottery winner is notmade public.

The Montana Lottery also says that it does not release the names of winners without permission from the winner.

For prizes over $1 million that have been claimed since 2020 legislation, the New Jersey Lottery allows winners to choose to remain anonymous.

On January 21, 2020, the New Jersey Lottery Law was changed so that winners could choose to remain anonymous indefinitely, “and the identity of winners shall not be included in materials available to public inspection under the State’s Open Public Records Act,” the New Jersey Lottery stated in a 2021 press release.

In North Dakota, winners may elect to release their information, or to remain anonymous.

Anonymity is also granted in the state of Ohio. 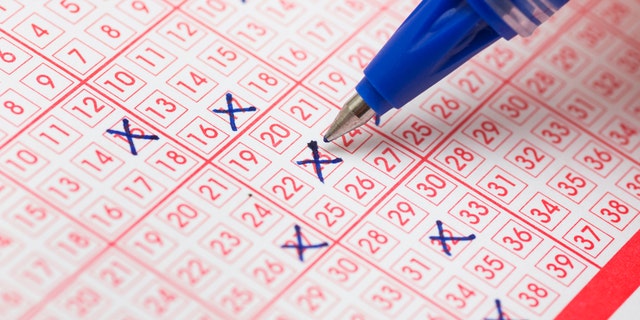 The Mega Millions website states that people should check with the lottery in their jurisdiction to see if anonymity for lottery winners is granted.
(iStock)

However, in 2021, the freedom of anonymity was challenged by a man who filed an open records request with the state Lottery Commission; he was seeking the names, contact information, date and jackpot amounts of winners of $1 million or more for a 12-month period in 2013 and 2014, according to the Associated Press (AP).

At first, the state Supreme Court sided with the man.

The commission then sued the man. A judge ruled that the release of the winners’ “personal identifying information would constitute an unreasonable invasion of personal privacy” within the meaning of the South Carolina Freedom of Information Act, according to the AP.

The judge also prohibited the man from continuing to seek the information from any source. 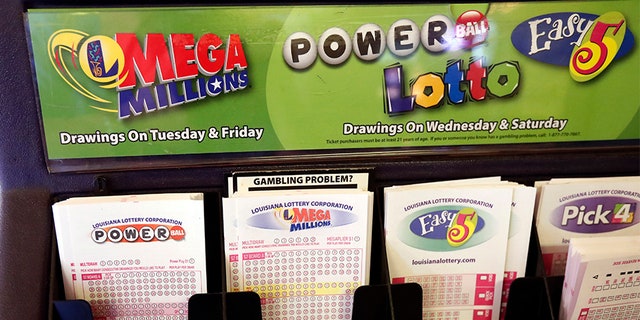 Lottery forms for Louisiana Mega Millions, Powerball and other lottery games fill the drawer at The World Bar and Grill, in Delta, La.
(AP)

While it wasn’t always possible in Texas, lottery winners can now remain anonymous.

Specifically, a person who wins a lottery prize of $1 million or more is eligible for anonymity, according to a 2017 announcement posted by the Texas Lottery.

As of July 1, 2019, a law in Virginia allows winners of prizes greater than $10 million to choose anonymity — meaning the winner’s name and residence are not released to the public, according to the Virginia Lottery’s website.

Also effective in 2019, West Virginia law allows winners to remain anonymous as long as the prize won is $1 million or greater.

“All other winners are made public and listed in the winner database on wvlottery.com,” the state’s lottery site says.

The Wyoming Lottery Corporation says it will honor requests for anonymity from lottery winners.

How can I anonymously claim a lottery prize if my state doesn’t allow it?

As an alternative, winners might be able to form a blind trust through their attorney so that winnings can be anonymously received, State Farm advises.

Lottery winners should also keep confidential the news that they’ve won before they turn in a ticket, the insurance company says.

Winners should also be prepared to change their contact information.

This is because many lotteries share names or require interviews or press conference participation for transparency reasons. 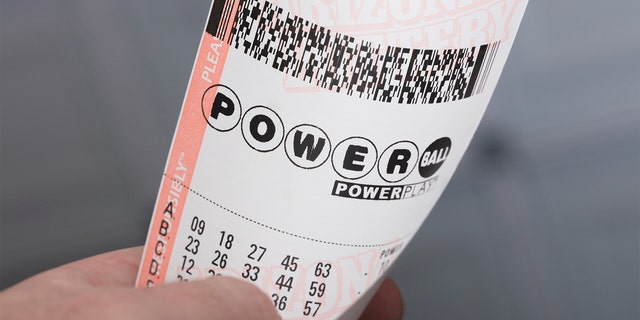 Lottery winners should check with their state’s rules on anonymity and read all game rules carefully.
(iStock)

State Farm also warns that lottery winners should read each game’s rules and contract before signing their winning ticket.

“In some cases, signing your ticket might prevent you from creating a blind trust later,” notes the insurance company’s “What to do if you win the lottery” article.

Also, this adviser said to understand the rules within your particular state about whether you can remain anonymous. “It’s very important,” he said.

Be sure to visit your state’s official lottery page for more information.

Drawings take place on Monday, Wednesday and Saturday in 45 states, along with Washington, D.C., Puerto Rico and the U.S. Virgin Islands.