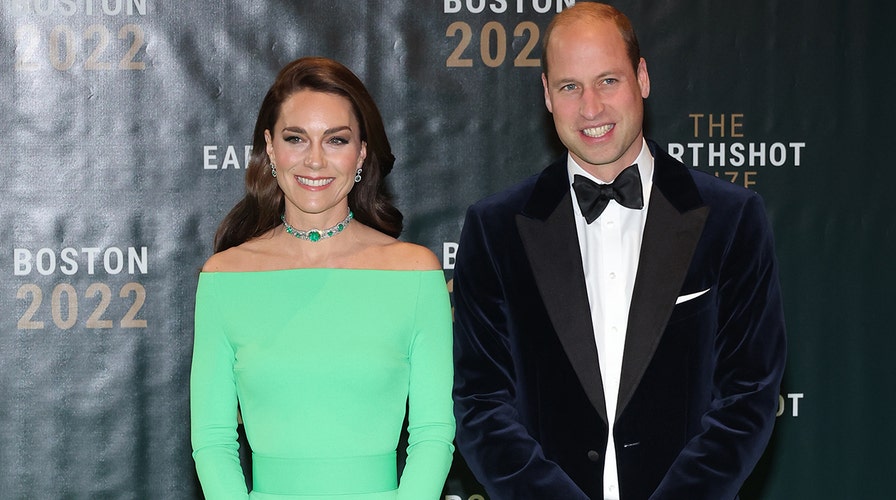 The Prince and Princess of Wales arrived at the Earthshot event in Boston to crowds screaming with excitement.

The royal couple was greeted by cheerful fans before heading inside the venue, where they are seated next to the CEO of Earthshot, Hannah Jones.

The Prince and Princess of Wales traveled to Boston Wednesday for three days of engagements. It is their first trip to the U.S. in eight years. 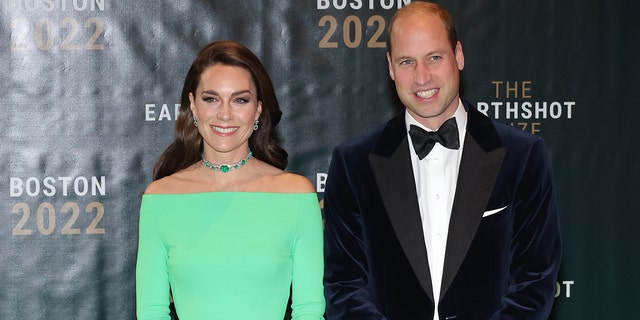 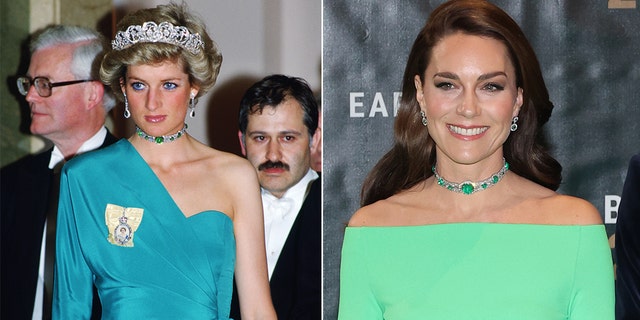 Boston, the birthplace of John F. Kennedy, was chosen to host the second annual prize ceremony because of the late president’s 1962 “moonshot” speech, setting the challenge for Americans to reach the moon by the end of the 1960s.

It inspired the prince and his partners to set a similar goal for finding solutions to climate change and other environmental problems by 2030. 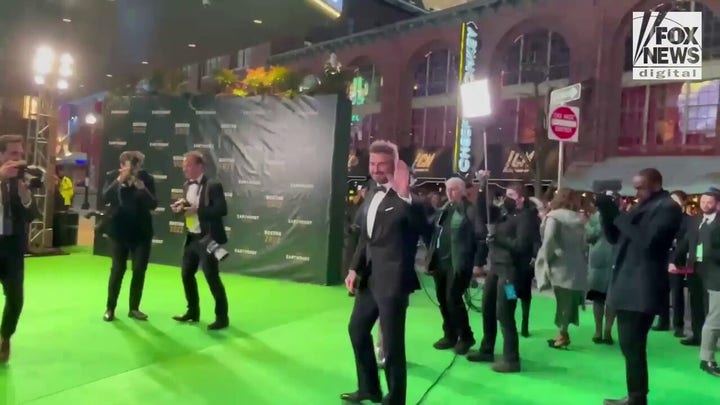 Prizes will be awarded by Rami Malek, Catherine O’Hara and Shailene Woodley. 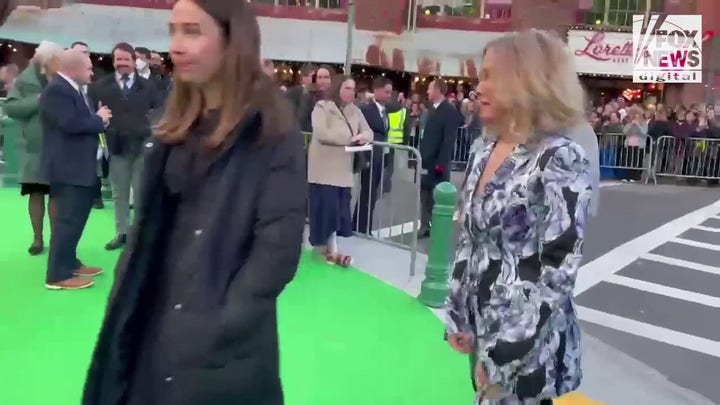 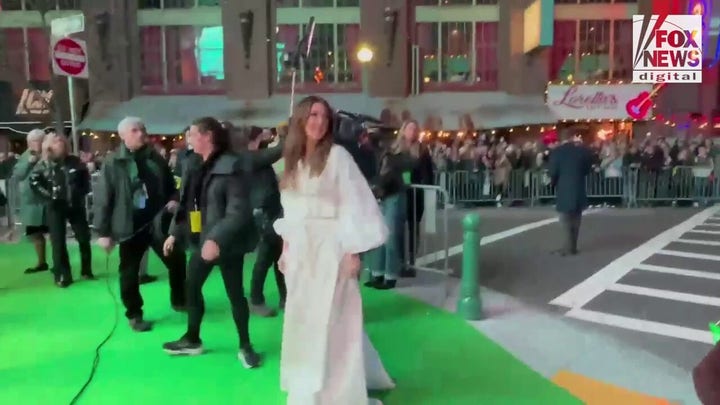 The show will highlight packages voiced by Sir David Attenborough and Cate Blanchett, who is an Earthshot Prize Council member. David Beckham was also in attendance on Friday night.

William and Kate will announce the winners of the Earthshot Prize grants at MGM Music Hall at Fenway on Friday night. 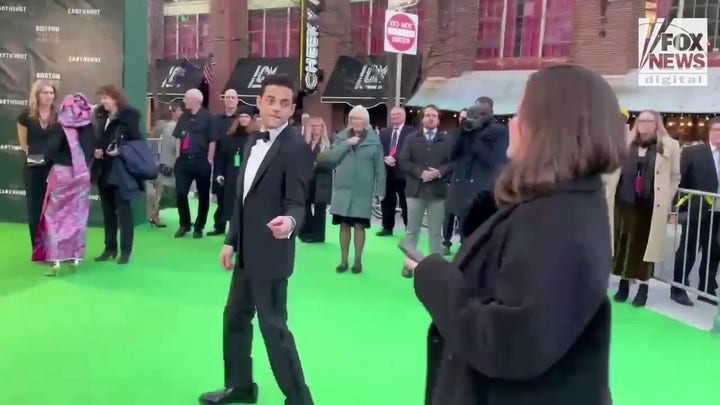 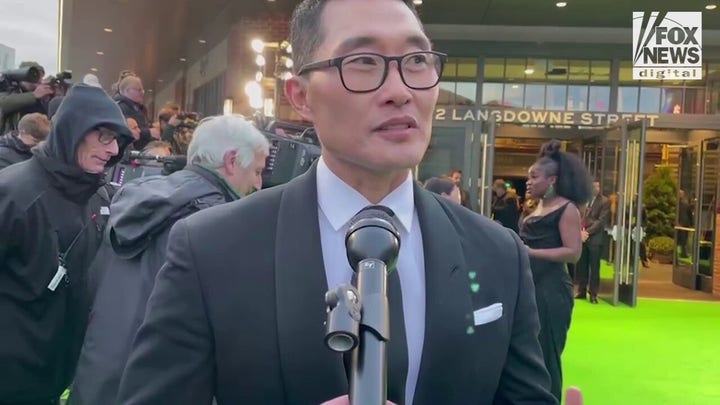 Daniel Dae Kim spoke to Fox News Digital before the ceremony and explained that he was “looking forward” to meeting the Prince and Princess of Wales. 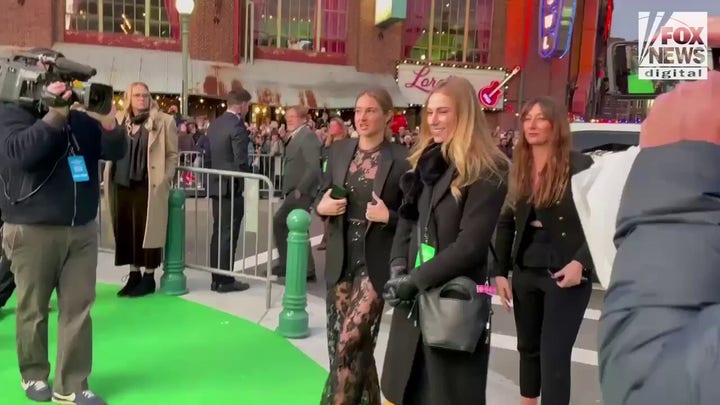 On Friday morning, Catherine, Princess of Wales headed to Harvard University outside of Boston, where she visited the Center on the Developing Child.

It was a solo outing for the mother of three, while William toured the John F. Kennedy Presidential Library and Museum with President Biden as his solo outing during their three-day U.S. trip. 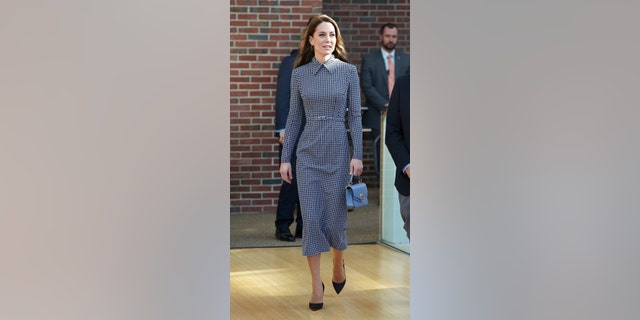 At Harvard, Middleton spoke with researchers about the advances in science to ensure a promising future for children. The British royal, who is an advocate of early childhood development, was spotted taking notes. 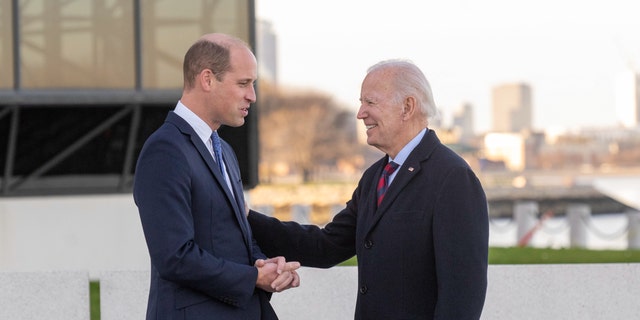 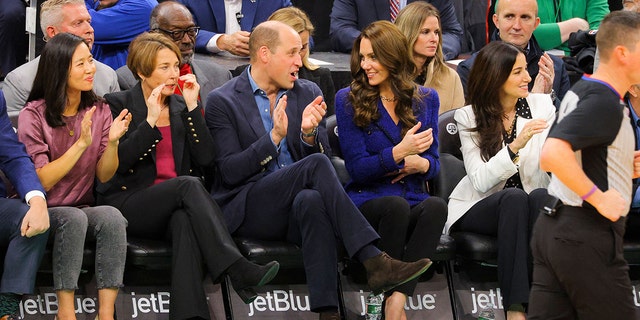 Prince William and Princess Kate sit courtside at a Celtics game in their first visit to the United States since the queen died.
(Brian Snyder/Pool/AFP via Getty Images)

During the game, the Heroes Among Us award was presented to Ollie Perraul, a 15-year-old climate activist from Easthampton, Massachusetts. The royals were seen talking with Perraul after the award presentation.

William and Kate received mixed reactions when they were shown on the Jumbotron as some fans applauded and cheered, while others appeared to boo the royals. However, the pair appeared to be enjoying themselves, and William was spotted clapping and cheering the players on throughout the game.

The royals’ trip comes amid some controversy surrounding an honorary member of the Buckingham Palace household. Lady Susan Hussey, William’s godmother, was reportedly forced to step down from her position after she was accused of repeatedly asking a Black woman born in Britain where she was “really” from.

Their U.S. visit also highlights the rift with William’s brother Prince Harry and Meghan Markle, who moved to California in 2020. William and Kate reportedly have no plans to see Harry and Meghan while they’re in the U.S.