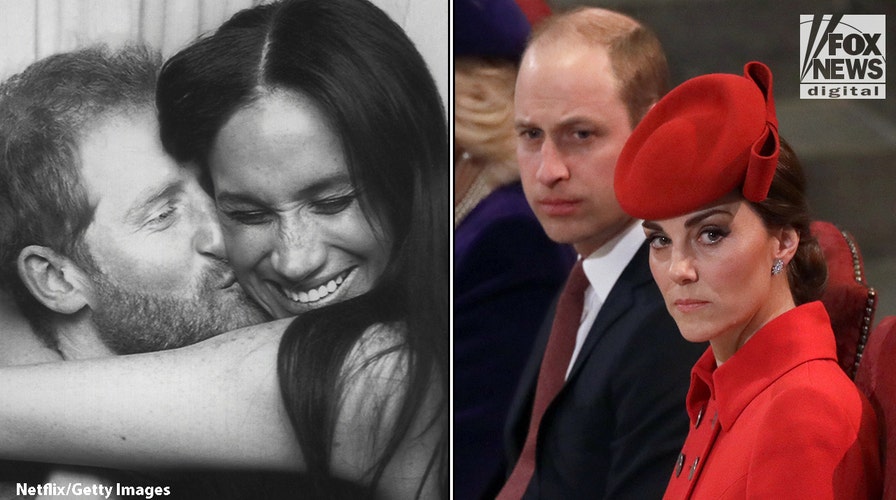 Royal experts claim the Duke and Duchess of Sussex are attempting to steal the spotlight from the Prince and Princess of Wales. Prince William and his wife Kate Middleton are on their first US trip in eight years.

Prince William and Kate Middleton are holding their heads up high amid a rocky start to their U.S. trip.

On Friday, Kensington Palace shared new behind-the-scenes photos of the Prince and Princess of Wales rehearsing at the MGM Music Hall at Fenway in Boston. The couple, both 40, is preparing for the Earthshot Prize Awards ceremony taking place on Friday night.

In the black-and-white shots, William is seen beaming while Middleton walks across the stage. 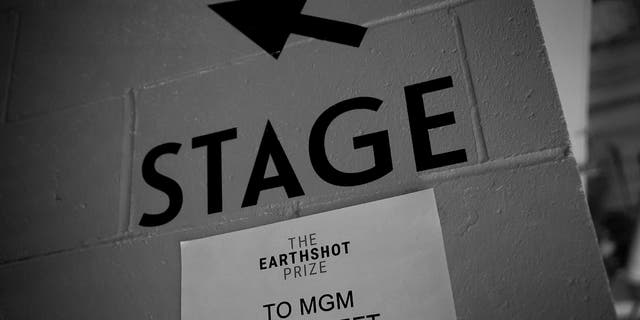 A sign is seen backstage at rehearsals for the Earthshot Awards at MGM Music Hall at Fenway on Dec. 1, 2022, in Boston.
(Photo by Chris Jackson/Getty Images for Earthshot)

“William and Catherine took time for a rehearsal between engagements of a busy visit to Boston,” royal expert Shannon Felton Spence, who has been on site, told Fox News Digital. “This is further proof of their level of commitment to Earthshot’s success. They are hands-on with this initiative, directing it and nurturing it to have the most global impact. It’s a demonstration of exactly what makes this couple different from the royal engagements we saw with Queen Elizabeth II.”

“William’s father [King Charles III] changed the game – he took on issues which he was most passionate about and took a long-term approach to have an impact,” she shared. “Decades of daily work. William and Catherine are taking that same approach. They understand that moving the needle on climate resilience requires a worldwide coming together. They are perhaps the only non-political parties that can convene. These pictures are proof that they have wholeheartedly taken on this initiative from even the smallest details.”

Prizes will be awarded by Rami Malek, Catherine O’Hara and Shailene Woodley. The event will also feature performances by Billie Eilish, Annie Lennox, Chloe x Halle and Ellie Goulding, who performed at the couple’s 2011 wedding reception. The show will highlight packages voiced by Sir David Attenborough and Cate Blanchett, who is an Earthshot Prize Council member. 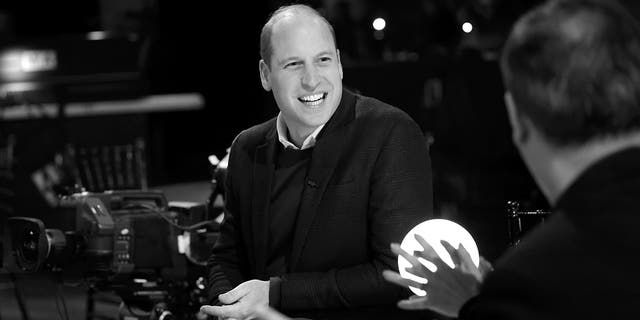 Prince William, Prince of Wales smiles at rehearsals for the Earthshot Awards at MGM Music Hall at Fenway on Dec. 1, 2022, in Boston. The 40-year-old established the Earthshot Prize to uncover and scale the innovative solutions that will repair our planet within the next 10 years.
(Photo by Chris Jackson/Getty Images for Earthshot)

The Prince and Princess of Wales traveled to Boston on Wednesday for three days of engagements. It is their first trip to the U.S. in eight years.

Boston, the birthplace of John F. Kennedy, was chosen to host the second annual prize ceremony because of the late president’s 1962 “moonshot” speech — setting the challenge for Americans to reach the moon by the end of the decade. It inspired the prince and his partners to set a similar goal for finding solutions to climate change and other environmental problems by 2030.

Despite the couple’s efforts to keep their eyes on the prize, several royal bombshells have threatened to overshadow their visit. 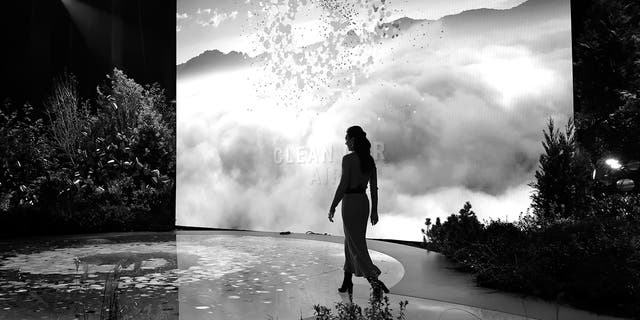 Catherine, Princess of Wales walks onto the stage during rehearsals for the Earthshot Awards at MGM Music Hall at Fenway on Dec. 1, 2022, in Boston. She is expected to present some prizes Friday night.
(Photo by Chris Jackson/Getty Images for Earthshot)

The first controversy erupted on Wednesday when Ngozi Fulani, a Black advocate for survivors of domestic abuse, said a senior member of the royal household interrogated her about her origins. The incident took place during a reception at the palace for people working to end violence against women. The person in question was identified by multiple British outlets as Lady Susan Hussey, William’s godmother and a long-time Lady-in-Waiting to the late Queen Elizabeth II. The 83-year-old has apologized for “unacceptable and deeply regrettable comments,” Buckingham Palace said in a statement.

Shortly after the Prince and Princess of Wales arrived in Boston, a royal spokesman said racism has “no place in our society” and noted that the household member involved had resigned and apologized “for the hurt caused.”

Mandu Reid, who witnessed the exchange, said she feared the response was an attempt to blame one individual and avoid responsibility for the culture at the palace. She said the latest incident validated allegations made last year by Meghan Markle, who said a member of the royal family had asked about the color of her unborn baby’s skin when she was pregnant with her first child. The former American actress, who is married to Prince Harry, is biracial. 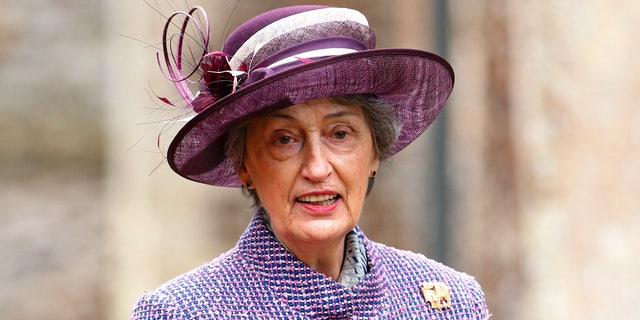 Lady Susan Hussey is Prince William’s godmother who was a Lady-in-Waiting to the late queen.
(Photo by Max Mumby/Indigo/Getty Images)

Then on Thursday, Netflix released the first trailer for its upcoming six-part documentary on the Duke and Duchess of Sussex titled “Harry & Meghan.” It promises to shed light on the difficulties the couple endured in the royal spotlight. In one shot, the former “Suits” star, 41, is seen wiping away tears while another clip shows a very stern William and Middleton from the 2019 Commonwealth Day ceremony.

“No one sees what’s happening behind closed doors,” Harry, 38, says during the trailer. “I had to do everything I could to protect my family.”

In 2020, the Duke and Duchess of Sussex stepped down as senior members of the royal family. That same year, they signed a multiyear deal with the streaming giant to produce nature series, documentaries and children’s programming.

The couple has already addressed their problems with the royal family in a 2021 interview with Oprah Winfrey.