Princess Anne, the Queen’s only daughter, was chosen by her mother to accompany the funeral cortege on the six-hour journey from Balmoral to Edinburgh.

The Princess Royal, 72, had a forlorn expression but remained composed as she was driven behind the hearse in a royal Bentley alongside her husband of thirty years, Vice Admiral Sir Timothy Laurence.

Nothing was left to chance in the Queen’s funeral arrangements, meaning Her Majesty likely personally requested that her daughter accompany the coffin to the Palace of Holyroodhouse.

Princess Anne will also travel to London with her mother’s coffin tomorrow, when it will leave Scotland by air, Buckingham Palace confirmed. 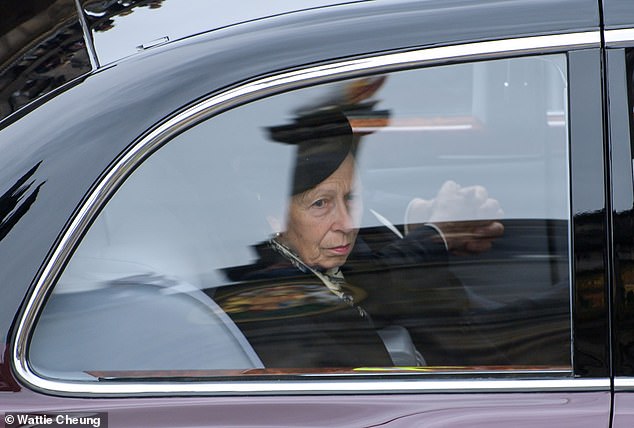 Princess Anne, the Queen’s only daughter, was chosen by her mother to accompany the funeral cortege on the six-hour journey from Balmoral to Edinburgh. Pictured today passing the City Chambers in Edinburgh 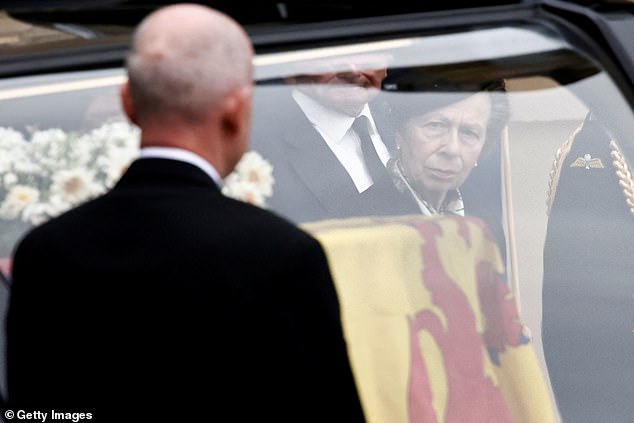 The Very Reverend Professor David Fergusson, dean of the Chapel Royal in Scotland, will also be on board the flight to RAF Northolt in Ruislip, west London, when it departs Edinburgh at 6pm.

From there, it will be taken to Buckingham Palace by a waiting state hearse.

Anne is regarded by many as the hardest-working member of the royal family, having completed more than 20,000 engagements.

She is also a close confidante of her brother, King Charles III. 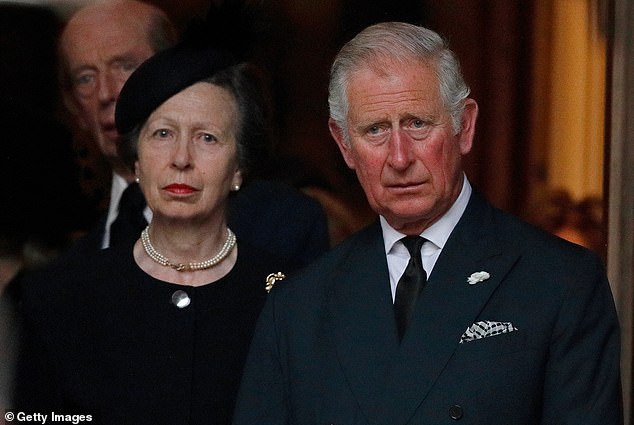 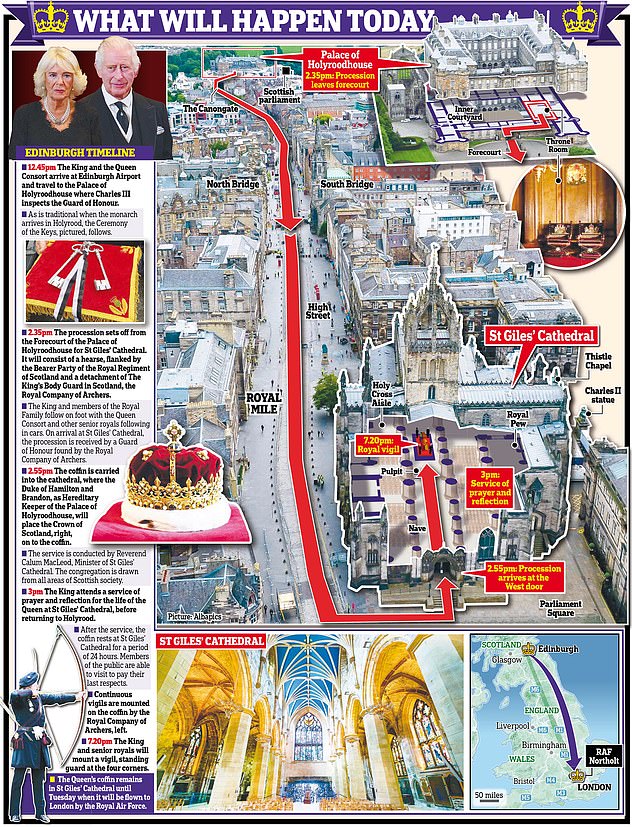 What happens on day of the Queen’s funeral, can I legally take the day off work, will schools close and when is coronation of King Charles III? Vital Q&A ahead of national mourning on Bank Holiday Monday, September 19

By Natasha Anderson for MailOnline

The day of the Queen’s funeral is to be a Bank Holiday in honour of the late monarch.

The Queen’s funeral will take place on Monday September 19 at Westminster Abbey at 11am.

The unexpected holiday has left Britons questioning what it means for them and their families. Can you legally take the day off of work? Will schools be closed?

September 19 marks the tenth Bank Holiday this year. An additional one was previously added this year in commemoration of the Queen’s Platinum Jubilee.

Usually, the UK has eight Bank Holidays per year. 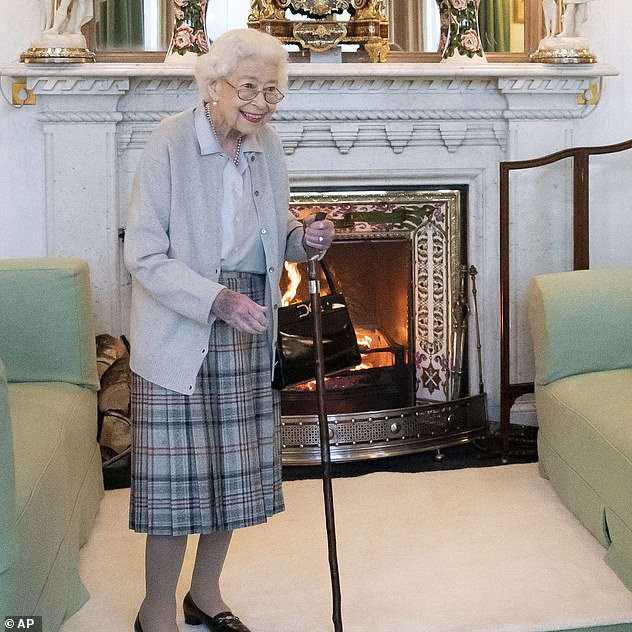 The day of the Queen’s funeral has been declared a Bank Holiday, but it has left Britons questioning what it means for them and their families. Queen Elizabeth II is pictured at Balmoral  ahead of receiving new Prime Minister Liz Truss on September 6, 2022 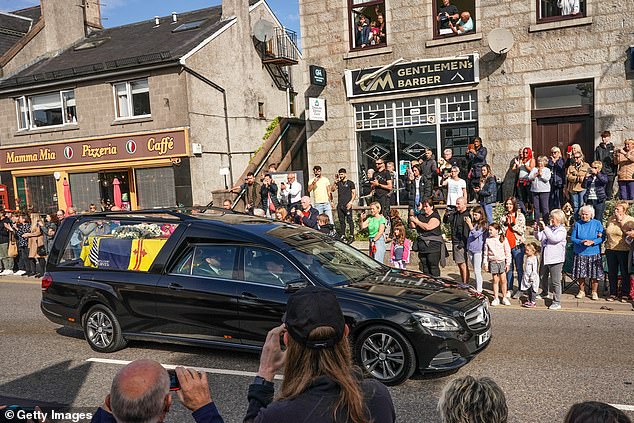 King Charles III formally approved an order declaring Monday, September 19 as a holiday at St James’s Palace in London on Saturday. The Queen’s funeral will take place at Westminster Abbey at 11am. Mourners are pictured in Banchory, Scotland as the hearse carrying Queen Elizabeth travels through the area

Am I legally entitled to a day off work?

While the King has declared his mother’s state funeral as a Bank Holiday, there is no legal requirement for employers to give staff the day off.

The government, in its online announcement, says the ‘bank holiday will operate in the same way as other bank holidays.’

This mean there is ‘no statutory entitlement’ to time off but employers may include the day as part of a worker’s leave entitlement.

‘The government cannot interfere in existing contractual arrangements between employers and workers,’ the announcement states.

Officials say the holiday will allow residents, businesses and other organisation to ‘pay their respects to Her Majesty and commemorate Her reign, while marking the final day of the period of national mourning.’

Can I claim a day in-lieu, if I have to work?

Employers may offer staff another day’s holiday if they are required to work. However, the government has not issued guidance on this.

Days in-lieu are determined on a by-company basis and are a matter of discussion between staff and their employers.

If I work, will I be paid extra?

The government says staff should discuss additional pay with their employers.

‘There are no statutory rules regarding extra pay on bank holidays,’ the government’s announcement notes. 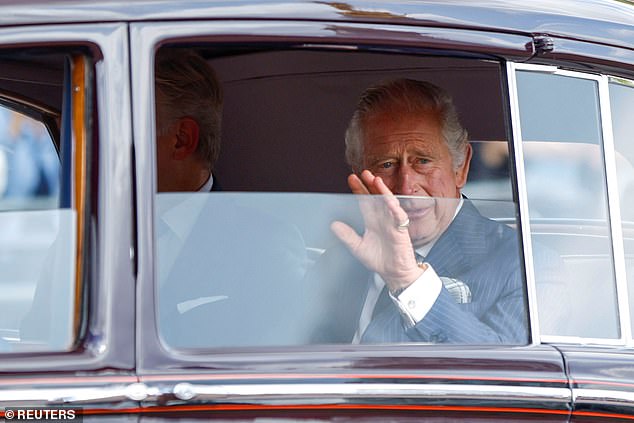 While the King has declared his mother’s state funeral as a Bank Holiday, there is no legal requirement for employers to give staff the day off. King Charles III is pictured on Sunday as he arrives at Buckingham Palace in London

Will schools be closed?

Schools will be closed on September 19 so that staff and students can mourn the death of Her Majesty.

The government’s memo specifically states: ‘We are not asking schools to remain open on the day of the bank holiday.’

It is possible that some schools may opt to remain open in a limited capacity, in effort to look after children should their parents be at work.

However, the government does not require this. It would likely be an individual decision made by each school.

Will shops and restaurants close?

Shops and other customer-facing businesses will likely remain open during the 10-day mourning period.

Some may choose to close on the day of the funeral, especially if they are located close to the processional route.

But official government guidance states: ‘There is no obligation on organisations to suspend business during the national mourning period.’

Britons are encouraged to contact businesses directly for information about closures.

The Royal Mail will suspend post delivery on the day of the funeral as a mark of respect for the Queen.

‘We want to make our customers aware that services will be suspended on the day of the funeral as people come together to honour Her Majesty, after 70 years of exemplary service to the nation and the Commonwealth,’ Royal Mail chief executive Simon Thompson said in a statement.

He noted the organisation is ‘proud’ to be playing an ‘important role delivering messages of condolence from all around the world to the Royal Family.’

Royal Mail said it has maintained a close relationship with the monarch for over 500 years, dating back to when King Henry VIII appointed the first postmaster.

The postal service says Queen Elizabeth II continued this close relationship by taking a ‘keen interest’ in its operations and playing an ‘active role’ in stamp selection. 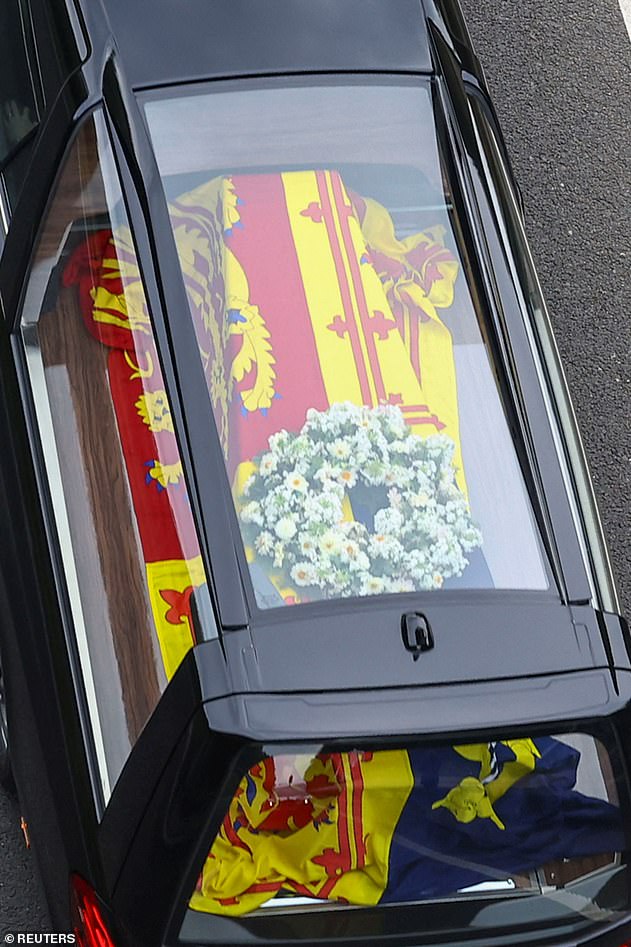 Schools will be closed on September 19 so that staff and students can mourn the death of Her Majesty. The hearse carrying the Queen’s coffin is pictured travelling along the A90 road in Dundee, Scotland on Sunday

Will GPs and hospitals close?

The NHS is expected to treat September 19 as it would any other Bank Holiday. GP surgeries will likely close, but hospitals will remain open.

Scheduled operations are expected to proceed.

An NHS spokesperson told MailOnline it will provide further detail when plans have been finalised.

Will the courts continue to work?

Courts in England and Wales will remain open during the national mourning period.

The courts are expected to only hear urgent matters on the day of the funeral.

Will museums, theatres and art galleries be closed?

Some entertainment venues and cultural establishments will close their doors for the upcoming Bank Holiday.

The National Gallery shut and The Royal Opera House pulled its performance of Don Giovanni following the announcement of the Queen’s death.

Similarly, the BBC cancelled the Last Night of the Proms at Royal Albert Hall to as a mark of respect following her death.

However, like other businesses, cultural establishments are not required to close on Bank Holiday. In fact, the British Museum often remains open to visitors on holidays.

People are encouraged to contact the museum, theatre or gallery of interest for specific policies regarding the September 19 Bank Holiday.

Will sport events be cancelled?

Several sporting events, including football and key horse races, have been cancelled in wake of the Queen’s death.

Fans should follow consult their club’s schedule for specific details regarding cancellations and rescheduling of matches.

Will rail or postal strikes still go ahead during the period of national mourning?

Rail union baron Mick Lynch has called off strikes planned for next week in a show of respect after the death of the Queen.

The Rail, Maritime and Transport (RMT) Union boss said the walkout of rail workers was ‘suspended’ as the union joins ‘the whole nation in paying its respects’.

Last week, the RMT announced members would take strike action on September 15 and 17, causing rail chaos in a long-running dispute over pay, jobs and conditions.

However, in a show of respect to Her Majesty, Mr Lynch said: ‘RMT joins the whole nation in paying its respects to Queen Elizabeth.

The Royal Mail also called off the second day of its planned 48-hour strike over pay and working conditions.

‘Following the very sad news of the passing of the Queen, and out of respect for her service to the country and her family, the union has decided to call off tomorrow’s planned strike action,’ the Communication Workers Union tweeted last Thursday.

Although the rail and postal unions have declined to strike during the national mourning period, that does not mean all workers groups will stop assembling.

The leader of the Criminal Bar Association (CBA) said on Friday that defence barristers will continue to refuse to work on legal aid-funded cases.

Protests at courts and in Westminster next week have been called off, but the strike action will continue. Protests after the Queen’s funeral will be ‘kept under review’. 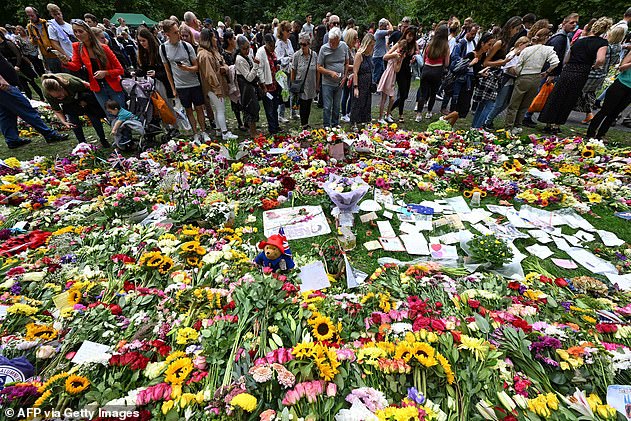 The government says there are currently ‘no plans’ to mark the Queen’s death as an annual holiday. Mourners are pictured laying floral tributes in Green Park, near Buckingham Palace, in remembrance of Queen Elizabeth II on Sunday

Will the Queen’s death become an annual holiday?

The government says there are currently ‘no plans’ to mark the Queen’s death as an annual holiday.

Is the funeral of a monarch traditionally a bank holiday?

A monarch’s funeral is not traditionally a bank holiday.

The funerals of King George VI in 1952 or Sir Winston Churchill in 1965, the last time a state funeral was held in the UK, were not holidays.

However, the government has marked the Queen’s funeral as a bank holiday in an effort to ‘help give as many people as possible the opportunity on the day of the State Funeral to mark Her Majesty’s passing and commemorate Her reign.’

When will King Charles III’s Coronation take place and will it be a Bank Holiday?

Although Charles became King upon his mother’s death, he will not officially be crowned until next year.

His Coronation will likely take place in the spring or summer of 2023, after a period of mourning.

The government has not yet decided if the ceremony will be marked with a bank holiday. ‘A decision will be made nearer the time,’ officials say.