Biden is ‘inflaming his supporters to violence’ and ‘has blood on his hands’: GOP tears into President’s rhetoric after driver killed teen ‘because he believed he was a Republican’ – and say if a Democrat was mowed down there would be non-stop coverage 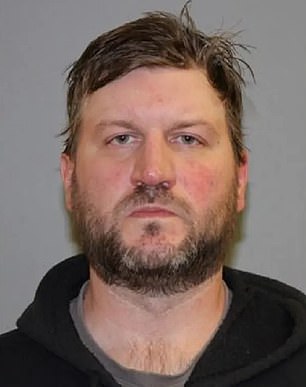 Republicans have called out Joe Biden’s rhetoric and its ‘violent consequences’ after a driver allegedly ran over and killed a teen because he ‘thought he was a Republican extremist’ – two weeks after the President’s Philadelphia speech condemning Donald Trump and MAGA fans.

GOP Senator Rand Paul said Biden is ‘inflaming some of his supporters to violence’ and a House candidate said the President has ‘blood on his hands’ after Cayler Ellingson, 18, was mowed down following a street dance in McHenry, North Dakota, early on Sunday.

Conservatives have also criticized the double standards in the media – saying if a Republican ran over a Democrat there would be wall-to-wall coverage and a demand ‘for his head’.

Shannon Brandt, 41, has been charged with vehicular homicide, driving under the influence and leaving the scene of an accident that resulted in death.

Brandt later told State Radio that he punched the teen during an earlier argument about politics and believed Ellingson was part of a ‘Republican extremist group’, according to the arrest affidavit.  But officials have said there is no evidence to support Brandt’s claim.

Jail records from Stutsman County show Brandt posted $50,000 bond on Tuesday and was released. Republicans have suggested rhetoric from Biden and the Democrats could be to blame for the violence.

It follows the backlash from Biden’s speech outside Independence Hall earlier this month where he targeted Donald Trump and his supporters, and called them a threat to democracy.

‘Words can have violent consequences,’ Paul told Fox News in s statement. ‘President Biden needs to realize that his vilification of his opponents is inflaming some of his supporters to violence. As a victim of political violence, both sides need to recognize the consequences of heated rhetoric.’

Paul and his wife were targeted by a mob of protesters after the Republican National Convention in 2020. 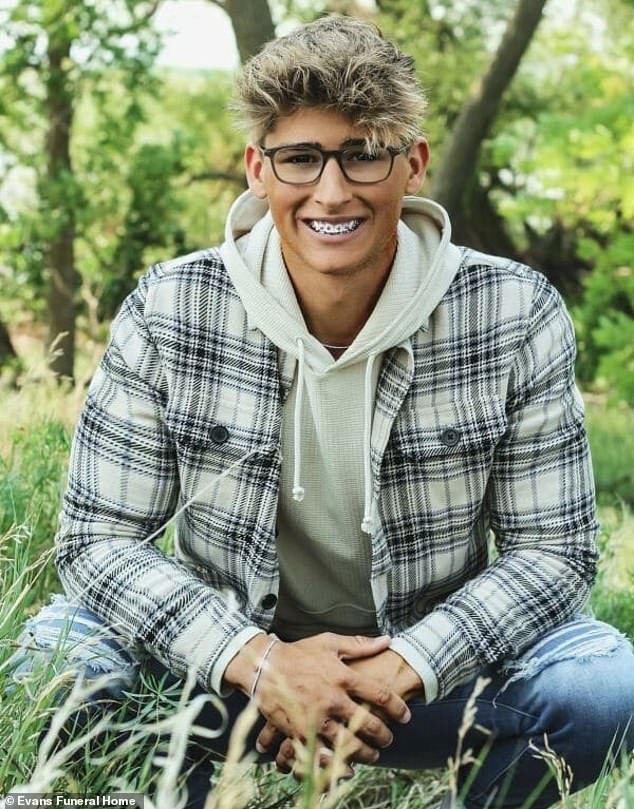 18-year-old Cayler Ellingson was struck by a car following ‘a political argument’ on Sunday. Brandt told cops he believed the teen was part of a ‘Republican extremist group’ 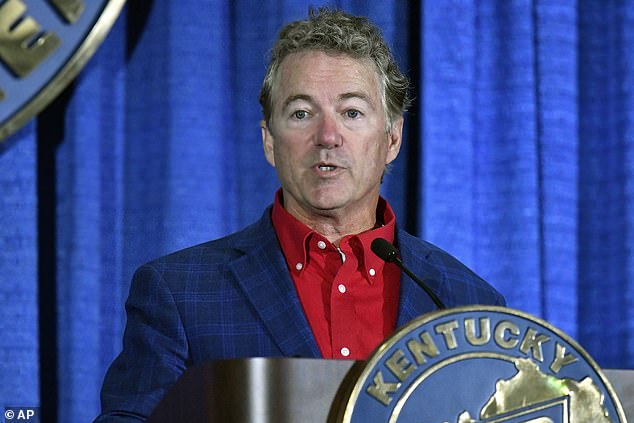 ‘Words can have violent consequences,’ Rand Paul said.’ President Biden needs to realize that his vilification of his opponents is inflaming some of his supporters to violence. As a victim of political violence, both sides need to recognize the consequences of heated rhetoric

Billy Prempeh, a Republican House candidate in New Jersey, tweeted that Biden had ‘blood on his hands’ over Ellingson’s death.

‘After that horrific speech at Independence Hall, an incident like this was bound to happen. This political violence must end.

Republican Robert Hyde, a Marine veteran running for Senate in Connecticut, said:  ‘Why does the media ignore the murder of Cayler Ellingson? If a White, 41 year old, MAGA Hat-wearing Republican activist ran over an 18 year old with his car because he claimed the teen was a Democrat Extremist the media would call for their head and cover it non-stop.’

House Minority Whip Steve Scalise, who was shot during a practice for 2017 Congressional Baseball Game, also told Fox that Biden should condemn this ‘tragic’ example of ‘leftist violence’.

‘People from all parties should condemn political violence when it happens, and I would encourage President Biden and other Democrat leaders to equally condemn this heinous act.’

The White House told Fox in a statement that ‘the President has made clear, this is a nation that rejects violence as a political tool and we do not encourage violence.’

‘It has no place in our political discourse and we condemn it,’ a spokesperson added and pointed to a part of Biden’s Philadelphia speech where he said: ‘There is no place for political violence in America. Period. None. Ever.’

‘An 18-year-old was executed in cold blood by a Democrat political terrorist because of rhetoric like this,’ Rep. Marjorie Taylor Greene, claimed on Twitter. ‘Democrats want Republicans dead, and they’ve already started the killings. Democrat’s political war against patriotic Americans must end!’

GOP Rep. Lauren Boebert also pointed at double standards in the media with the story.

‘The Cayler Ellingson story is exactly the political extremism the media always loves to talk about. Since Cayler was a Republican attacked by a Democrat, though, they won’t report it. We’re living in dangerous times.’

Brandt told investigators he left the scene after striking Ellingson, returned briefly, called 911 and then left again, according to a probable cause affidavit.

The court document said Brandt told investigators he had been drinking alcohol before striking Ellingson and thought the teen was calling people to do him harm after they argued and that he felt threatened.

‘Brandt stated that he had a political argument with the pedestrian who then called some people with Brandt was afraid they were coming to get him,’ court documents detail.

‘Brandt admitted to leaving the scene of the incident and returning shortly after where he called 911.’

Ellingson was rushed to a hospital in Carrington with serious injuries. He was pronounced dead. 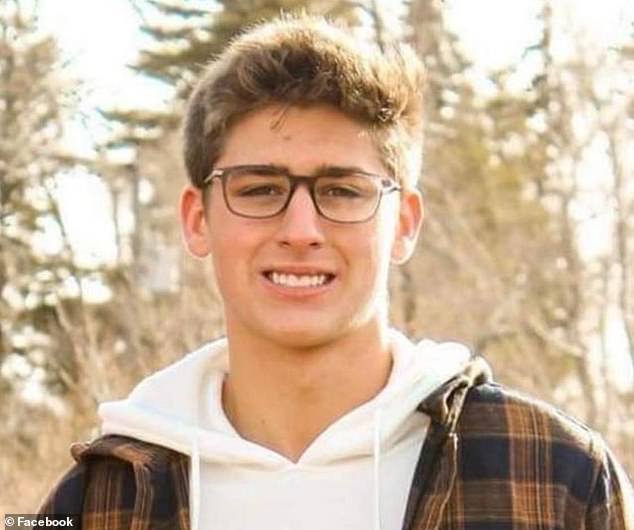 Ellingson was rushed to hospital with serious injuries, but could not be saved. North Dakota law enforcement has said there is no evidence to support the claim the teen was part of a ‘Republican extremist group’

The families of both Brandt and Ellingson both showed up at the scene shortly after police arrived.

Investigators arrested Brandt at his home in Glenfield later on Sunday.

Brandt ‘admitted to consuming alcohol prior to the incident,’ records show.

Officials said he consented to a chemical breath test which showed his blood alcohol content was above 0.08%, the legal limit to drive.

‘An 18 y/o conservative is murdered by 41 year old leftist & the media is totally silent. No connection to Joe Biden and his insane speech of just 2 weeks ago… it’s as though it never happened & doesn’t matter. Of course Trump would not get that benefit b/c our media is broken!’ he tweeted on Tuesday. 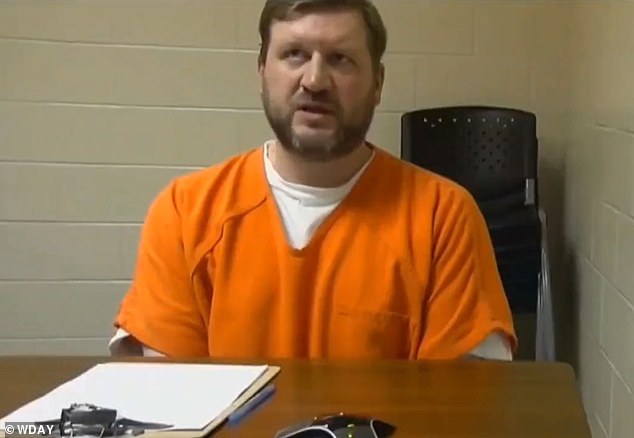 Brandt was charged with criminal vehicular homicide and leaving the scene of a crash involving a death; he was also charged with driving under the influence

Capt. Bryan Niewind of the North Dakota Highway Patrol, which helped investigate the death, said the political argument claim by Brandt has not been substantiated because the investigation is still ongoing and more witnesses need to be interviewed.

The specific details of the alleged argument were not released.

Ellingson’s parents later told police they knew Brandt, but they did not believe their son did, the affidavit said.

Ellingson’s mother described how she was on her way to pick up her son from McHenry when he called her about 2:40am and asked if she knew Brandt.

Ellingson called again a short time later and said ‘that ‘he’ or ‘they’ were chasing him.’

She could no longer reach him after that, the document said.