Rescue divers in Florida received cover from snipers as they searched alligator-infested waters for a mother and son whose car careened into a roadside pond on Friday.

Snipers were seen on the side of the Florida Turnpike in Miami lying with their stomachs on the ground as others walked around the perimeter while rescue crews braved the alligator-infested pond for Mario Laza, 56, and his mother Nieves Matos, 80.

The mother and son were traveling along the Florida Turnpike in a blue Toyota minivan just before noon on Friday, WSVN reports, when the driver attempted to exit onto westbound Southwest Eighth Street and lost control when trying to navigate the right curve of an exit ramp.

‘The vehicle lost control, overturned driving off of the roadway into the pond,’ Florida Highway Patrol Lt. Alex Camacho said in the aftermath.

‘Dive teams from fire rescue and Miami-Dade Police did their search and rescue, and were able to rescue an adult female and adult male inside of the vehicle at the time.’

Authorities were also able to pull the car out of the water, and it was later towed away. 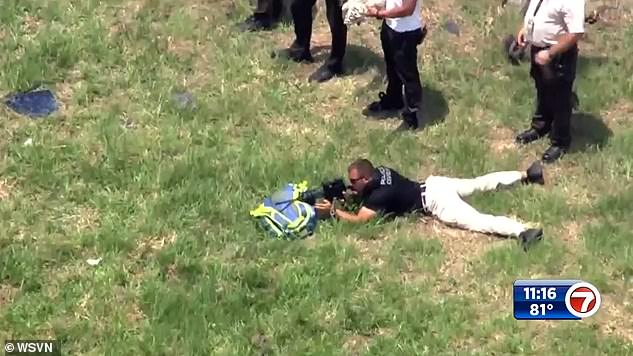 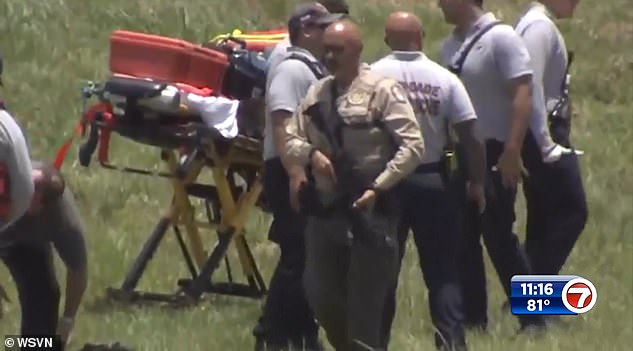 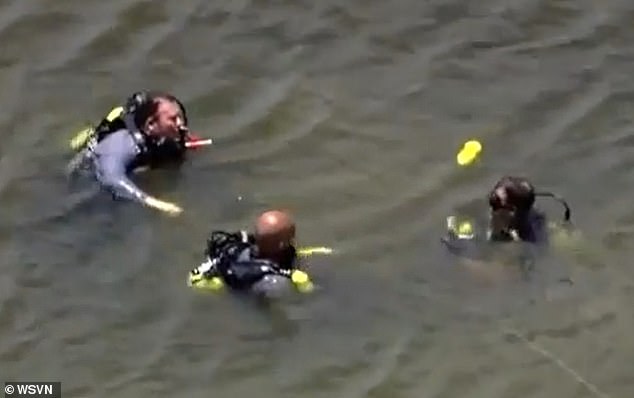 The dive teams from fire rescue and the Miami-Dade Police entered the water shortly after the blue minivan Mario Laza, 56, and his mother Nieves Matos, 80, were traveling in careened into the pond 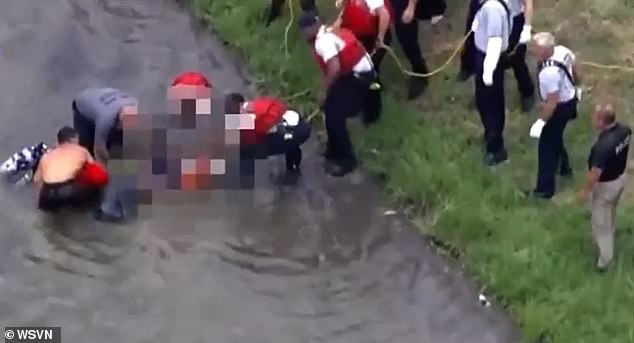 The crews were able to rescue the mother and son from the water, and paramedics transported them to a local hospital 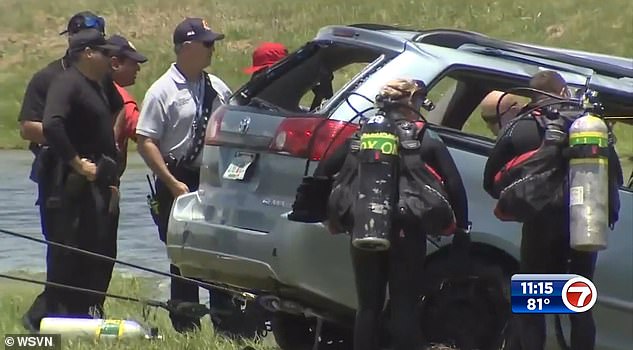 Witnesses also entered the water to search for the missing mother and son, according to WSVN, but cops soon realized the waters were teeming with alligators – and had snipers surround the rescuers and halt any potential attacks.

Eventually, the crews were able to locate the blue minivan with Laza and Matos still inside, and first responders proceeded to administer CPR to the elderly woman.

Laza was a Miami Springs gas station employee, whom loved ones describe as a beloved friend and coworker.

‘I miss his smile, everything, how he talked, everything,’ Yusle Disperez told WSVN. ‘To me, we lost the light of this gas station.’

Disperez also shared video from the business’ Facebook page with the news station, showing him dancing, laughing and smiling, while Carlos Borras, another friend, said: ‘We are in shock right now for this situation, but I hope he resets in peace.

Matos, meanwhile, remains at the hospital in critical condition. 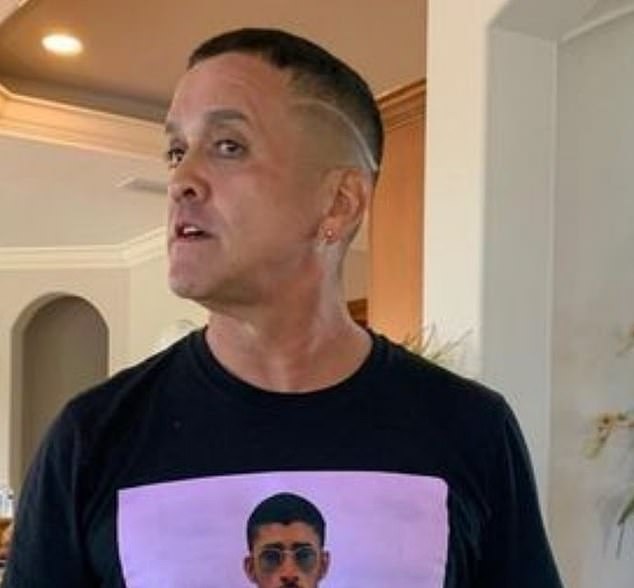 Mario Laza, 56, died at the local hospital following the crash 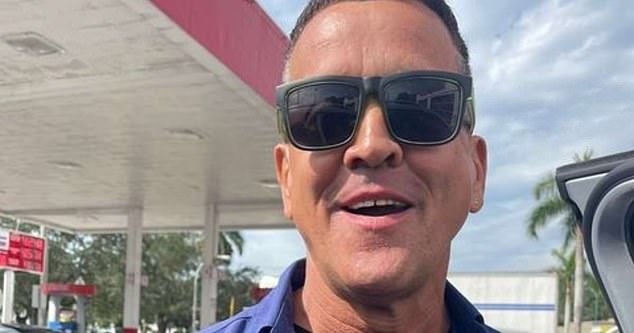 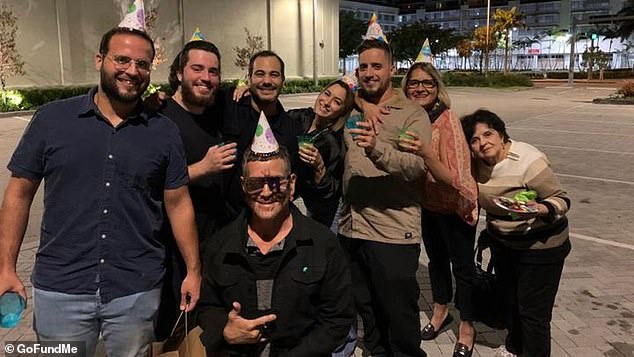 ‘He was someone full of life, laughter and good times to share, with a giant heart and a unique personality,’ the GoFundMe reads.