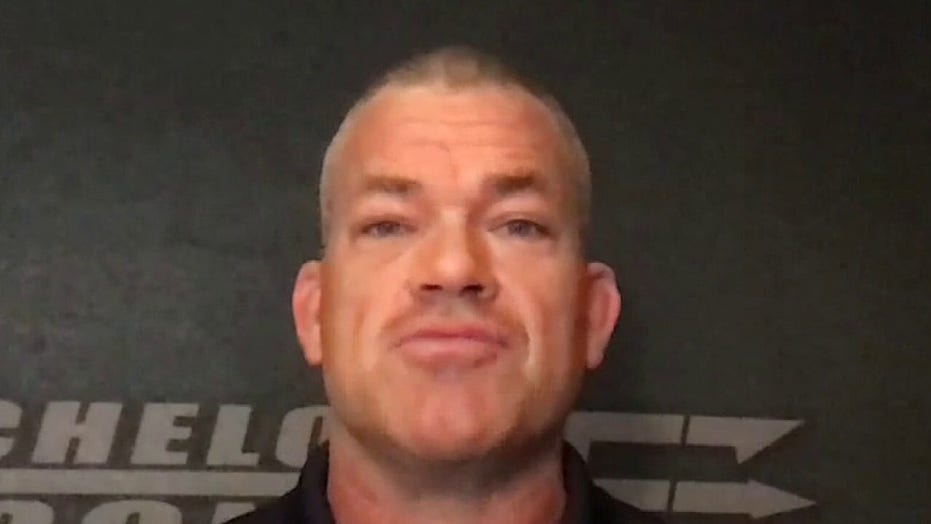 In an interview on "Fox & Friends" with host Brian Kilmeade, Willink explained that in speaking with Joe Rogan on "The Joe Rogan Experience" podcast last week on the subject of defunding America's police, he was not calling for the militarization of forces.

"Well, Brian…first of all, a lot of people [are] now quoting me saying the police should be trained like the military. That's not what I'm saying," he denied. "It's not the same tactics and certainly military operations are definitely different than policing."

Willink pointed out that "in a lot of ways" policing is more "complex" than serving in the military because officers are constantly dealing with civilians, the use of force is "rightfully" much more restrictive, and there are a lot fewer people "on your team." Whereas, in military units, there are 30 or 40 people grouped together.

"So, the job is very different and we have to recognize those differences," he noted. " But, there are definitely some training methods and some lessons that we learned in the military that apply across-the-board and would certainly be applicable inside the police."

The first of those practices? Increasing the frequency of training.

"So, in the SEAL teams, we would spend 18 months…preparing for a six-month deployment overseas. When you look at [the] police, they get a matter of hours of training per year. Think about that," Willink urged. "So, out of the gate, what I think is police should have about one-fifth of their time should be spent training."

The next is an examination and alteration of the type of training officers receive.

"And, the reason for that was we wanted to teach them how to control their emotions, how to take a step back, how to get control over their adrenaline, and like you said how to detach from that situation," he told Kilmeade. "Because when we get emotional, we make bad decisions — especially when things that get chaotic." 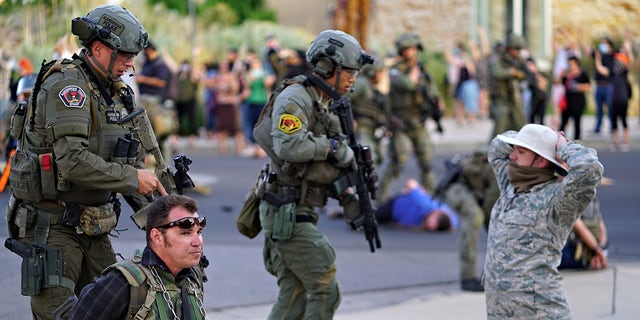 Albuquerque police detain members of the New Mexico Civil Guard, an armed civilian group, following the shooting of a man during a protest over a statue of Spanish conquerer Juan de Oñate on Monday, June 15, 2020, in Albuquerque, N.M. A confrontation erupted between protesters and a group of armed men who were trying to protect the statue before protesters wrapped a chain around it and began tugging on it while chanting: “Tear it down.” One protester repeatedly swung a pickax at the base of the statue. Moments later a few gunshots could be heard down the street and people started yelling that someone had been shot. (Adolphe Pierre-Louis/The Albuquerque Journal via AP)

According to Willink, de-escalation is a key component of both professions.

"We have to learn to calm things down, to de-escalate, and then of course, yes, you have to learn how to detain them if they are resisting," he asserted. "And, what that means is more hand-to-hand combative training."

"And, this isn't training that teaches you how to hurt people. In fact, just the opposite is true," Willink remarked further. "The more time you spend training hand-to-hand, the more easily and the more safely you can detain people. And, you know I'm a big supporter of Jiu-Jitsu. And specifically, Jiu-Jitsu will give police officers a much better capability to detain people without hurting them."

Lastly, Willink called for a real discussion on the chokehold grip that has been so deadly to so many Americans in police custody — including George Floyd.

"And so, it is something that definitely needs to be discussed and anybody that knows anything about defensive tactics, about hand-to-hand combat knows that the chokehold is the most gentle way to subdue somebody," he concluded.