Bradley Dawson escorted to the cell block at the High Court in Lautoka, Fiji

Tennessee man, Bradley Dawson is accused of killing his newlywed bride Christe Chen on their honeymoon in Fiji in July this year.

FIRST ON FOX: Bradley Dawson, the Tennessee newlywed accused of killing his bride on their Fiji honeymoon, returned to court Tuesday for a bail hearing.

Lautoka High Court Judge Riyaz Hamza ordered him held with no bail. The judge also rejected Dawson’s two bail sponsors, who are locals that live in Fiji, because they did not provide any details on how they know Dawson.

Dawson, 38, has pleaded not guilty to the alleged murder of Christe Chen Dawson, 39, who Fiji police say was found brutally beaten to death in her room at the exclusive Turtle Island Resort on July 9. He arrived handcuffed in court wearing blue shorts, flip-flops and a patterned tropical shirt Tuesday, or early Wednesday local time.

Speaking in the I-Taukei language, Dawson answered shouted questions outside the courthouse, telling reporters “Good morning” and that he was doing well.

AMERICAN WOMAN KILLED ON FIJI HONEYMOON HAD ‘HORRIFIC’ INJURIES THAT WERE NO ACCIDENT: LAWYER 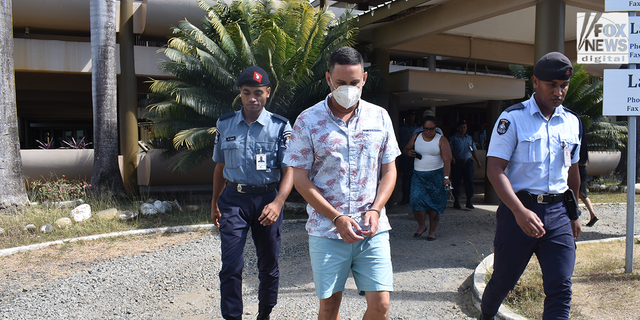 Bradley Dawson in handcuffs is escorted by Fijian police officers back to his cell block after the High Court in Lautoka dismissed his bail application. (Tim Tava/ FOX News Digital)

At the time of his arrest, police found him with more than $1,000 cash in his wallet, his passport, driver’s license and credit cards belonging to both himself and his deceased wife.

Prosecutors said Chen suffered a “brain bleed” on July 9 and confirmed in court the claims of Chen’s family attorney, who previously said she died of severe traumatic head injuries and multiple traumatic injuries to her body.

Dawson has pleaded not guilty and his defense attorney Iqbal Khan is contesting unsigned statements Dawson made to police, known in Fiji as a “caution interview,” in which he allegedly confessed to killing Chen. After the interview, he declined to sign the document and, through his attorney, has maintained that he is innocent.

Judge Riyaz Hamza was expected to rule on the bail application, and another hearing was already set for Sept. 26 as prosecutors and the defense wrangle over the unsigned caution interview. 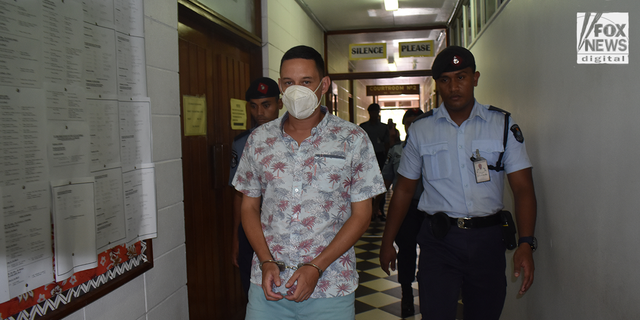 Bradley Dawson is escorted back to his cell after a judge denied his request for bail. Dawson is accused of murdering his wife while the newlyweds were on a luxury honeymoon in  (Tim Tava/ FOX News Digital)

Prosecutor Alvin Singh and attorneys for Chen’s family had opposed bail for Dawson, who they argued is indeed a flight risk after he allegedly ditched his GPS watch and phone at the resort and fled with just his wallet and passport in the hours after Chen’s brutal beating death. Khan said the state is already in possession of Dawson’s passport, that he consented to surrendering it and that he has no other passports or travel documents.

The medical examiner found “multiple blunt force injuries around her head and face,” Ronald Gordon, her family’s lawyer, previously told Fox News Digital. When her parents visited her in the morgue, he added, her mother “was inconsolable because of the injuries.” 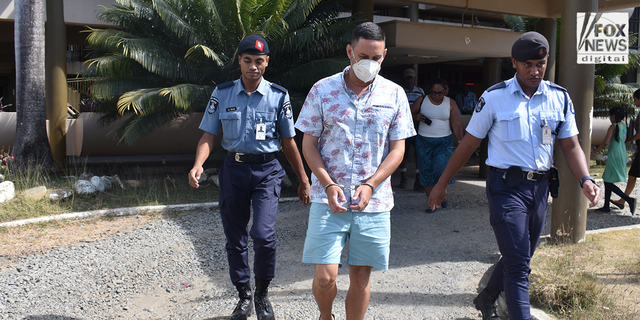 A judge denied a Tennessee IT specialist bail as he stands accused of brutally beating his wife Christe Chen to death on their honeymoon in Fiji. (Tim Tava/FOX News Digital)

According to authorities, a woman who was staying at Turtle Island at the same time as the couple, said Dawson and his wife appeared happy the evening of the alleged fight. The vacationer said she later heard “loud banging sounds” from the couple’s room, according to the police report.

Dawson and Chen married in February after just a few months of dating and moved into a new home in Memphis, but Gordon said Dawson had previously traveled to Fiji with an ex-wife just two years ago.