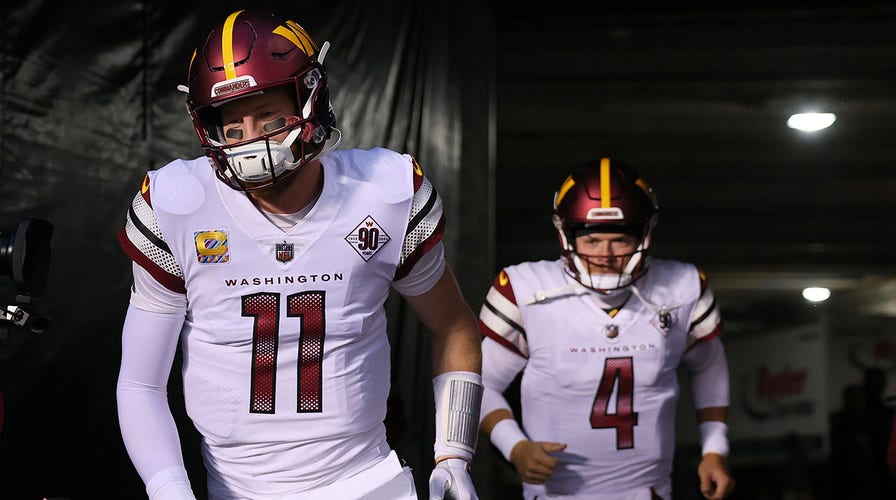 Veteran quarterback Carson Wentz is eligible to return to practice and could be activated from injured reserve this week, but Washington Commanders head coach Ron Rivera has yet to announce a starter for the team’s next game.

Wentz suffered a broken finger during Washington’s 12-7 win over the Chicago Bears in Week 6. The injury was originally expected to sideline the quarterback for four to six weeks.

Rivera mentioned on Tuesday that the team still needed to wait and see how Wentz was physically since he had surgery on his finger. 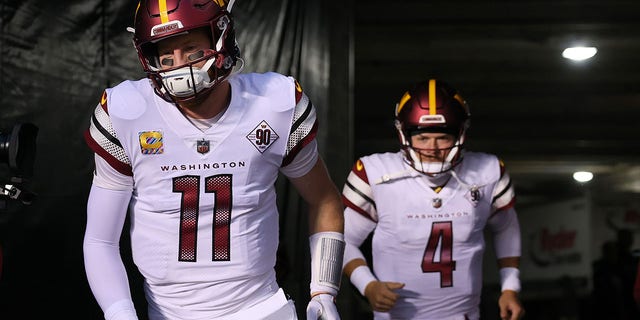 Carson Wentz and Taylor Heinicke of the Washington Commanders take the field before the Bears game at Soldier Field on Oct. 13, 2022, in Chicago.
(Michael Reaves/Getty Images)

Taylor Heinicke was named the team’s starting quarterback in October after Wentz’s injury. He started in the team’s wild-card playoff game against the Tampa Bay Buccaneers after Alex Smith could not start due to injury during the 2020-2021 NFL playoffs.

This season, the former XFL player has won three of his four starts, including Monday’s upset victory over the Philadelphia Eagles.

Heinicke has certainly provided a spark the team needed after a sluggish start to the season. The Commanders were 1-4 after the first five games, but are now 5-5 and a half-game behind the 49ers for a playoff spot.

Rivera noted that he is aware of the team’s overall mood and how energetic the players are, which will play into the quarterback decision. 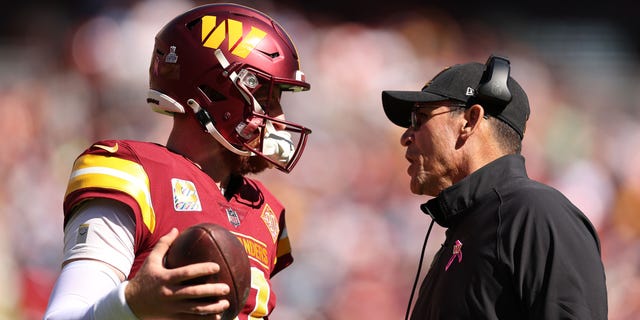 Heinicke made a crucial decision in the game against the Eagles to seal the win with just under two minutes to play. He gave himself up and took a knee during a drop back and drew a roughing the passer penalty.

The play gave the Commanders a fresh set of downs. After taking a couple of knees to drain the clock, Washington then punted to Philadelphia.

After the game, Heinicke was recorded wearing several iced out diamond chains similar to what a shirtless Kirk Cousins has done a few times this season following big wins.

But, one Minnesota Vikings player did not take too kindly to Heinicke’s iced-out celebration. Cornerback Kris Boyd slammed Heinicke on social media and told the Commanders quarterback to “find your own trend.” 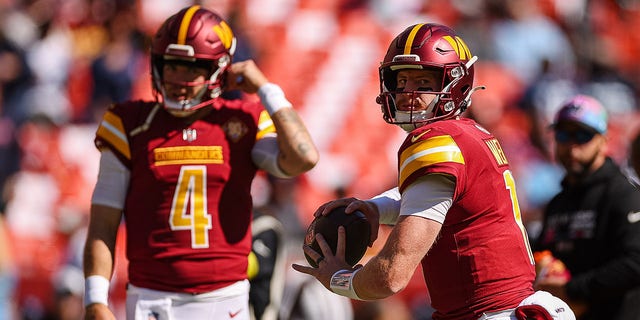 Carson Wentz of the Washington Commanders warms up before the Tennessee Titans game on Oct. 9, 2022, in Landover, Maryland.
(Scott Taetsch/Getty Images)

In other injury news, Washington is expected to activate defensive end Chase Young from the physically unable to perform list before the game against the Houston Texans, according to ESPN.

The former Rookie of the Year tore his ACL in Week 14 of last season.

Washington has a tough call to make at quarterback and there may not be much light shed on the situation until Sunday’s game.