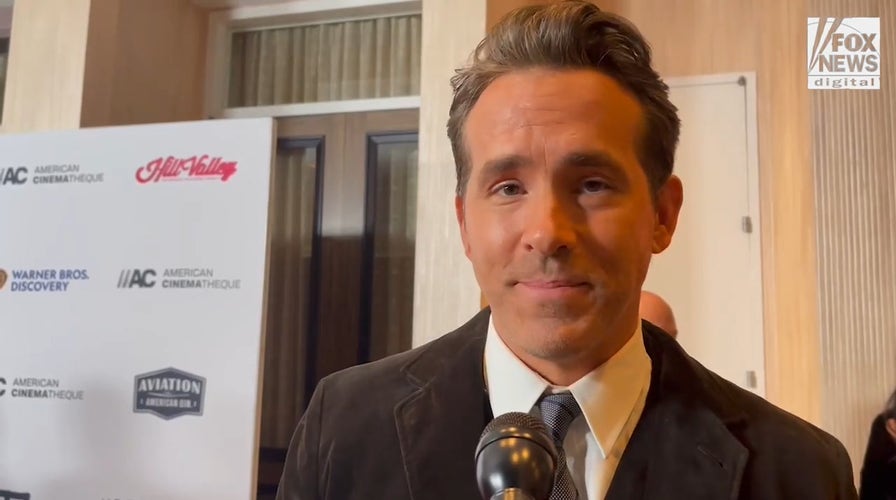 Ryan Reynolds tells Fox News Digital it’s been ‘truly an experience of a lifetime’ collaborating with this Hollywood actor.

Ryan Reynolds took home the Icon Award at the 2022 People’s Choice Awards and was sure to mention his wife, Blake Lively, their three daughters and their fourth child on the way during his acceptance speech.

The “Adam Project” actor started off his speech in typical Reynolds fashion, with a joke.

“I feel like I’m at my funeral, except I get to leave. I guess I finally tested positive for icon. Been avoiding it for years, but here we are,” Reynolds said. 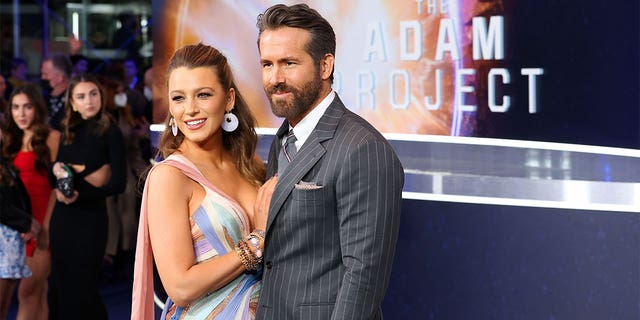 Ryan Reynolds gave a big shoutout to wife Blake Lively and their daughters during his Icon Award acceptance speech at the People’s Choice Awards.
(Monica Schipper/Getty Images for Netflix)

He thanked many of the important people in his life, including his mom, his three brothers and his late father.

“Boy, if he could see all the things that have been going on, he wouldn’t be impressed with this stuff; he’d be the most blown away by his three little granddaughters,” the “Spirited” actor said.

After that, he thanked his work family at Maximum Effort and then thanked his daughters and his wife Blake. 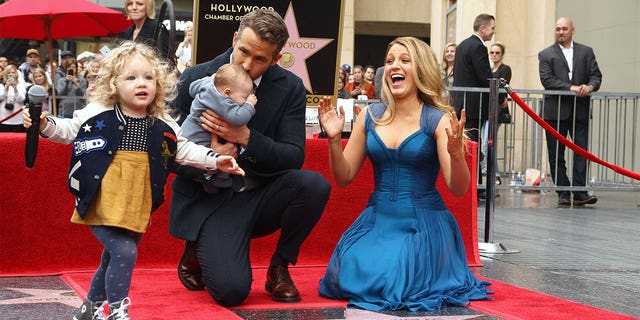 Blake Lively and Ryan Reynolds have three daughters: James, Inez and Betty. They have a fourth child on the way.
(Tommaso Boddi/WireImage)

“I gotta thank my family family — Blake and my three daughters. It’s gonna be a fourth child very soon. If it happens tonight while I’m here, I will be looking for a couch to sleep on for a little while. … But Blake and my girls, you are quite literally … you’re my heart, you’re my hope, you’re my happiness. I joke that my family exhausts me, but in reality you give me more strength than any man could possibly deserve,” Reynolds said at the end of his speech.

Reynolds shares daughters — James, Inez and Betty — with Lively, his wife since 2012. In September, the two revealed that baby No. 4 was on the way.