We have a lot of challenges leading to this inflation: Democratic lawmaker

During an appearance on “America Reports,” Smith asked Peters about the backlash Biden is facing after touting “extraordinary” economic progress under his leadership at a convention earlier Tuesday.

“Well, two things can be true,” Peters responded. “I have to credit President Biden with taking some strong action to avoid even worse disaster. Growth has been historically high, unemployment is very low, if you want a job you can work. And I think we have to acknowledge that people are feeling these price hikes at the pump and at the grocery store and we have to do something about it.”

Smith asked Peters what he considered to be effective steps taken by the president that prevented the economy from taking a turn for the worse. 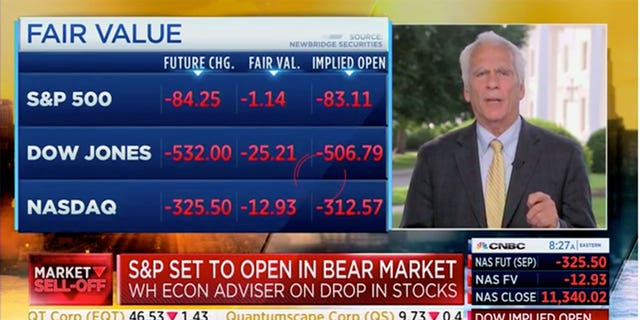 The Democrat lawmaker credited the administration for distributing COVID-19 vaccines, keeping businesses open throughout the pandemic with PPP loans, and providing rent assistance to those in need.

“We understood we were going to be borrowing money to do that,” he said. “The economists told us that was the appropriate thing to do, that it is better to go a little bit too big than a little bit too small, and we got through it…. and now we have to deal with some of the fallout from not just the American rescue plan but the pandemic itself and the supply shortages that have occurred and on top of that, a war in Ukraine that Putin is waging. So, we’ve got a lot of challenges that are leading to this inflation.”

INFLATION PUSHES RETIREE BACK INTO WORKFORCE AFTER 20 YEARS: ‘I NEED COMPENSATION’

Smith interjected, “You can understand for anybody listening how it could sound out of touch. We have been in this inflation crisis for quite some time and as you know, this is causing a lot of political concern for the Democratic Party heading into the midterm elections.”

“Inflation is top of the mind of the American people,” she continued. “t is the biggest concern for the American family right now that is seeing their savings go down, their bills are going up…so it’s tough for people to hear an administration touting the successes, perhaps even painting a rosy picture of the American economy when so many people are suffering.” 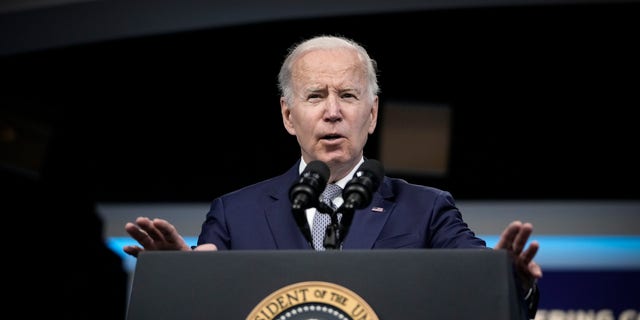 Biden is accused of appearing "flat-footed" in his response to inflation and the baby formula shortage.

Peters pointed to his involvement with the New Democrat Coalition (NDC), a group of 98 Democrats formed to promote economic advancement with an Inflation Working Group that meets with economists, policy experts, as well as public and private sector stakeholders.

“I don’t disagree that people are suffering, and I also want to say, I think what people are tired of is people claiming credit and laying blame and not really doing anything about it,” he told Smith.

“What we have come up with is a set of actions that we could take that would help address these issues, maybe not overnight, some overnight but some long-term, that’s our job in Washington,” he explained. ” I’ll leave it to other folks to lay blame. Maybe that’s for elections. But I think people are suffering. We ought to be talking about what we are going to do about it.”

Peters announced the formation of the group in an op-ed published last week on FoxNews.com, where he acknowledged that “The urgent challenge of inflation requires all hands on deck,” writing that the coalition will focus on taking “key actions to provide relief to Americans and invest in U.S. economic resilience, competitiveness, and innovation.”