Police need to be better trained on how to react in these situations: Dan Linskey

School safety experts told Fox News Digital that school shooting prevention protocols have changed dramatically since the Columbine High School attack in 1999 but the recent shooting in Uvalde, Texas shows that more can still be done.

Trump explained that following Columbine, it was clear that waiting for SWAT officers to arrive and assemble outside before entering the building and taking down the shooter was not an effective method.

“It became increasingly clear that school shootings unfold in a matter of minutes in most cases and every second counts,” Trump said. “You just cannot wait for a SWAT team to come out. You cannot wait any longer for two or three or four officers and the standard became that the first officer on scene goes in to neutralize the threat.” 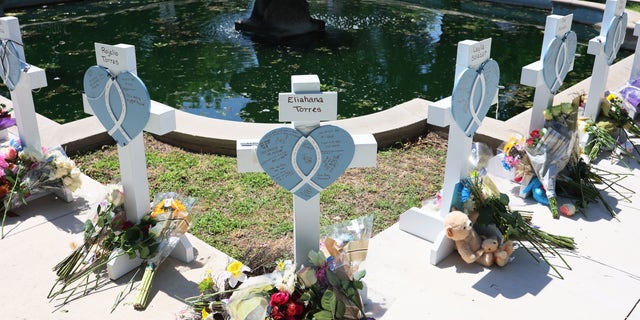 A memorial for a victim’s of Tuesday’s mass shooting at an elementary school, are seen in City of Uvalde Town Square on May 26, 2022 in Uvalde, Texas. (Michael M. Santiago/Getty Images)

“You deploy immediately on the threat and you stop the threat,” Downing, a counterterrorism expert, told Fox News Digital. “And the follow on resources are the ones that set up command and control. So the cops have to go in immediately.”

Details continue to emerge from the shooting in Uvalde, Texas where 18-year-old Salvador Ramos allegedly walked into Robb Elementary School and killed 19 children along with two faculty members. At least one school resource officer is believed to have been on the scene at the time of the shooting and some reports and police statements have indicated that officers waited 40 minutes to an hour before entering the classroom where Ramos had executed the young children. 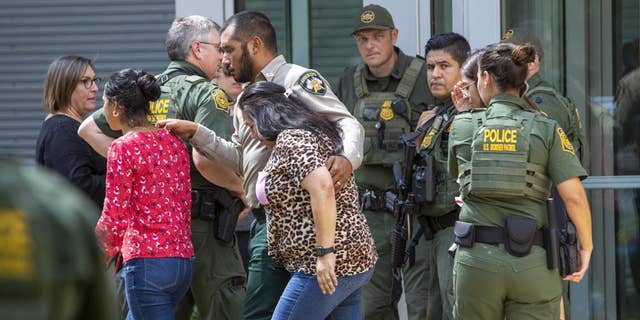 Downing told Fox News Digital that judgment should wait until all the facts come out but typically with an active shooter situation the police are trained to neutralize the threat immediately.

“If you have an active shooter, the barricaded suspect tactics go out the window and whoever gets there whether it’s a new cop out of the police academy and his or her partner you make entry, and you stop the threat,” Downing said.

Authorities in Texas also acknowledged on Thursday that Ramos was able to enter the school building through an unlocked door which many experts say should have been locked during school hours.

Trump told Fox News Digital that despite the fact schools across the country have taken steps to “harden” their security since Columbine, many people still run into the mindset that a school shooting “can’t happen here” and become “complacent.”

WHO IS THE TEXAS SCHOOL SHOOTER? WHAT WE KNOW

Texas Department of Public Safety Director Steven McCraw said Friday that Ramos entered the school through a door that had been propped open by a teacher and the school’s security officer was not on the scene at the time of the shooting.

Additionally, McCraw says that the Uvalde school district chief of police classified the situation as a barricaded suspect scene rather than an active shooter situation and believed officers had time to assemble outside and develop a plan to enter the room.

“Of course it was not the right decision,” McCraw said. “It was the wrong decision. Period.”

Nearly 20 officers stood in a hallway outside of the classrooms for more than 45 minutes waiting for a tactical team to arrive and breach the door where Ramos was holed up because the commanding officer believed no children were still in harm’s way in the classroom, according to McCraw. 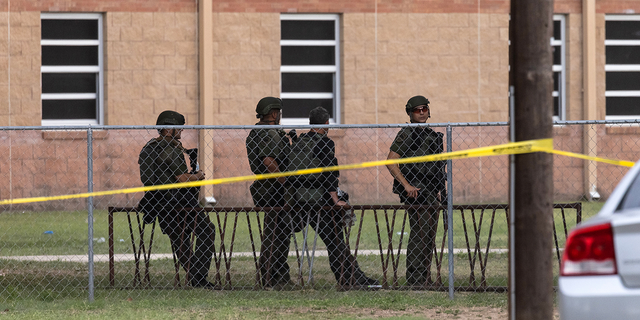 Law enforcement work the scene after a mass shooting at Robb Elementary School in Uvalde, Texas, on Tuesday, May 25. (Jordan Vonderhaar/Getty Images)

Both Trump and Downing told Fox News Digital that school districts across the country need to take steps to increase training and security measures while also taking steps to address mental illness and red flags that students may exhibit.

Downing told Fox News Digital that the country needs to “change the conversation from defense to offense.”