A Syrian government helicopter has been shot down over Idlib for the second time in four days, rebel forces said today.

The Syrian National Coalition shared footage of a burning helicopter crashing to the ground in a shoot-down which killed both pilots on board.

The rebels claimed that the Assad regime’s helicopter had been bombing civilian homes before it was shot down west of Aleppo.

Assad’s government later acknowledged the shoot-down and said the helicopter had been hit by a ‘hostile missile’.

The UK-based Syrian Observatory for Human Rights alleged that the helicopter was shot down by rebel-backing Syrian forces, but there was no immediate claim of responsibility. 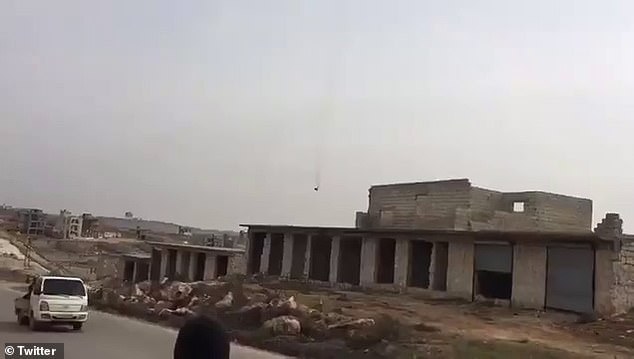 The war monitor said the helicopter had crashed in the countryside in north-west Syria, where Assad’s forces have been staging a weeks-long offensive against the rebels.

The footage published by the Syrian National Coalition showed the helicopter coming down behind a building at the side of a road.

A second regime aircraft returned to Hamah Military Airport after hearing what had happened to the helicopter, Turkey’s state-owned Anadolu agency said.

Similarly, a rebel military source said pro-Assad Russian jets had been targeting areas in the countryside earlier on Friday, but later evacuated back to the city.

On Tuesday, rebels shot down a separate helicopter in the same region, killing the two crew members on board in a fiery crash.

Syrian troops have been on the offensive for weeks in Idlib province, which is the last stronghold of the anti-Assad rebels.

Assad’s forces are now securing areas along a key highway they seized from jihadists and allied rebels this week.

On Friday, they pushed west of the M5 motorway which connects Syria’s four largest cities and is economically vital for the government. 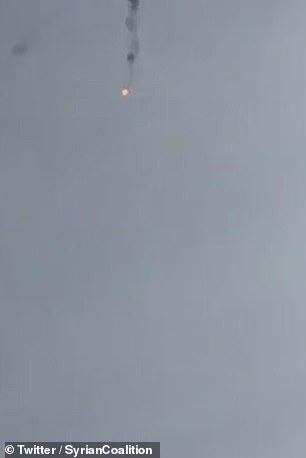 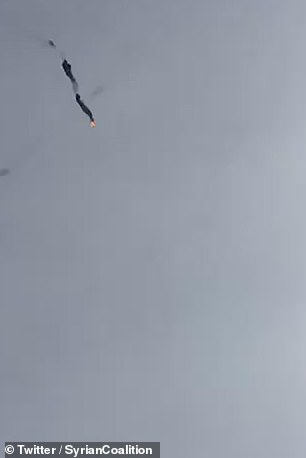 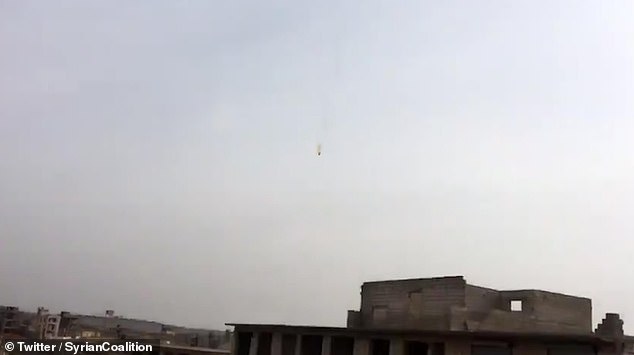 In an attempt to consolidate a ‘security belt’ around the road, they seized a key base on Friday that they had lost to rebels in 2012, the Observatory said.

The Russian-backed offensive has triggered the largest wave of displacement in the nine-year conflict, with 800,000 people fleeing since December, according to the United Nations.

Tuesday’s attack came a day after five Turkish soldiers were killed in a government attack – prompting Ankara to retaliate with strikes on 115 government positions.

On Wednesday, Erdogan threatened to strike Syrian regime forces ‘everywhere’ if his soldiers were harmed.

Turkey fears an influx of displaced people across its border with Syria and has boosted its own military presence in the region. 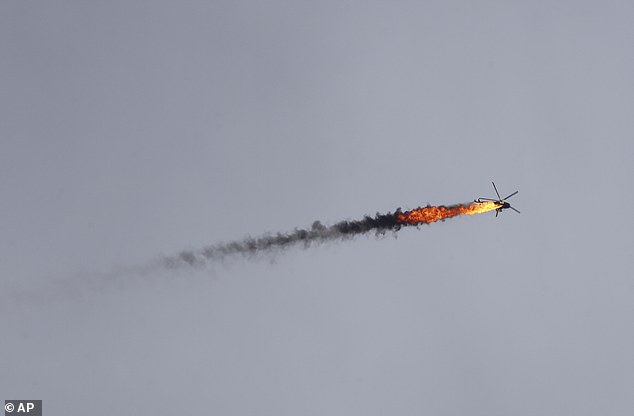 A second Syrian government helicopter has been shot down in four days (the first of the two, on Tuesday, is pictured)

Russia, which supports Assad, has accused Turkey of flouting agreements it made with Moscow.

Opposition fighters say Syria and Russia have adopted a ‘scorched earth campaign’ that drove them from areas along the highway.

Activists say Russian warplanes were behind an airstrike on the main hospital in Ariha village in late January that killed at least 10 people. Moscow denies this.

The shrinking rebel pocket is home to some three million people, nearly half of whom have already been displaced from other parts of the country.

It is dominated by jihadists of the Hayat Tahrir al-Sham alliance and their rebel allies.