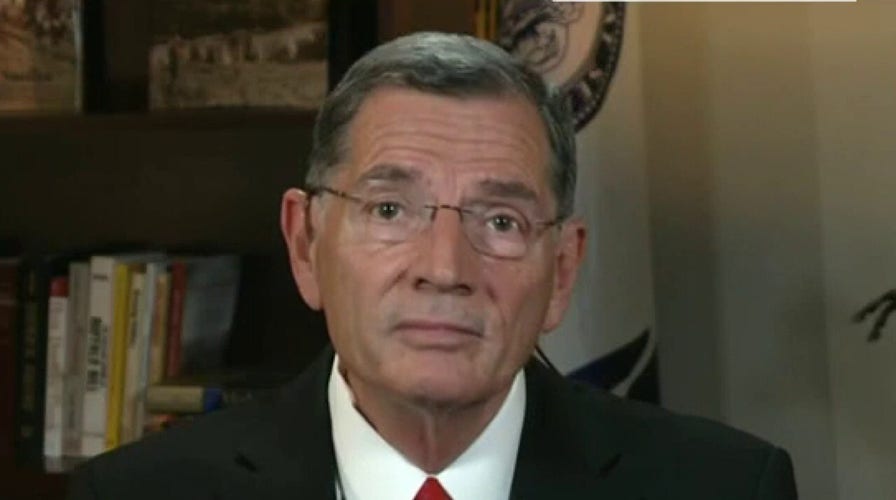 Sen. John Barrasso, R-Wyo., argues that every Republican is against the reconciliation bill because it will ‘burn a deeper hole into the wallets and the savings accounts’ of Americans.

Sen. John Barrasso, R-Wyo., blasted Democrats on Sunday for the reconciliation bill, which he called “cardinal sins,” at a time when the U.S. economy is in a “dire situation.”

Barrasso made the comment during an exclusive interview on “Sunday Morning Futures” four days after Sen. Joe Manchin, D-W.Va., announced that he came to an agreement with Senate Majority Leader Chuck Schumer on the reconciliation bill after more than a year of negotiations among Democrats.

Manchin frustrated Democrats for months, consistently refusing to support party-line legislation that, at one point, Democrats wanted to cost over $3 trillion. Democrats termed that legislation “Build Back Better,” and Manchin shut down negotiations on it late last year.

But with Democrats grasping for a legislative win ahead of the midterms, Schumer, D-N.Y., kept up talks directly with Manchin through the spring and summer. In a lengthy statement, the moderate senator said Wednesday those talks resulted in a deal for a slimmed-down bill that includes tax, climate and prescription drug provisions.

DEMS SLAM ‘LUCY MANCHIN’ FOR BLOCKING CLIMATE LEGISLATION, BUT DON’T WANT TO KICK HIM OUT OF PARTY

Speaking with host Maria Bartiromo on Sunday, Barrasso said he is “surprised” that Manchin “has signed on to Chuck Schumer’s bill,” but is “not surprised” that the senate majority leader “will continue to tell people anything that will help him go very, very liberal with his agenda.”

He went on to argue that he believes that Manchin is going to “regret making this decision to sign on to this.”

“Every Republican is against it because we know it is going to burn a deeper hole into the wallets and the savings accounts of [the] American people,” he continued.

Barrasso pointed to economic data that was revealed last week. 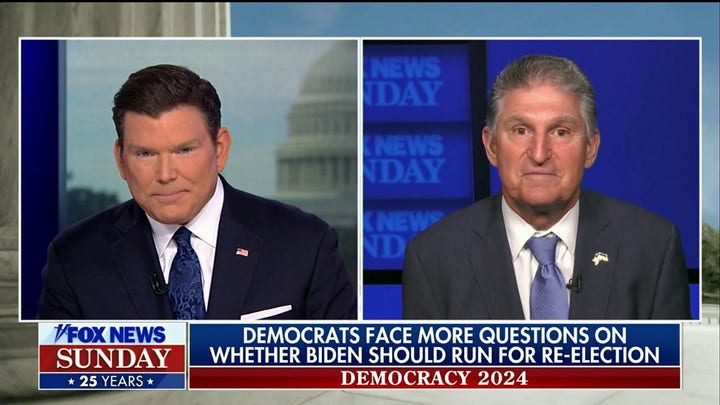 “The problem with what Manchin and the Democrats are proposing here is the American public is having a hard time keeping up. They just can’t do it,” he said.

“You can’t afford a full tank of gas, you can’t afford a week’s worth of groceries and what Manchin and the Democrats and the president are now proposing are the two cardinal sins that you don’t want to do when the economy is in such a dire situation.”

Barrasso explained that the first cardinal sin is proposing to “raise taxes in the middle of a recession.”

He also pointed to President Biden’s comments that the United States “is not in a recession,” despite Thursday’s GDP report, saying it is “no surprise that the economy is slowing down” amid inflation.

The U.S. economy shrank in the spring for the second consecutive quarter, meeting the criteria for a recession as record-high inflation and higher interest rates forced consumers and businesses to pull back on spending.

Gross domestic product, the broadest measure of goods and services produced across the economy, shrank by 0.9% on an annualized basis in the three-month period from April through June, the Commerce Department said in its first reading of the data on Thursday. Refinitiv economists expected the report to show the economy had expanded by 0.5%. 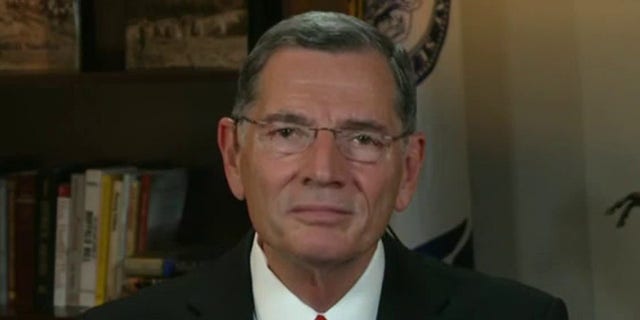 Recessions typically refer to two consecutive quarters of negative economic growth and Thursday’s GDP report revealed back-to-back declines in growth, bringing the economy to the technical criteria for one.

Economic output already fell over the first three months of the year, with GDP tumbling 1.6%, the worst performance since the spring of 2020, when the economy was still deep in the throes of the COVID-induced recession.

However, in a blog post on July 21, the White House Council of Economic Advisers attempted to change the definition of a recession, saying that two consecutive quarters of falling GDP doesn’t mean the country is in a recession.

“I know Joe Biden says it’s not a recession, but you google recession, it’s a recession,” Barrasso said on Sunday, arguing that the majority of Americans “believe we’re in a recession” because “they’re living it.” 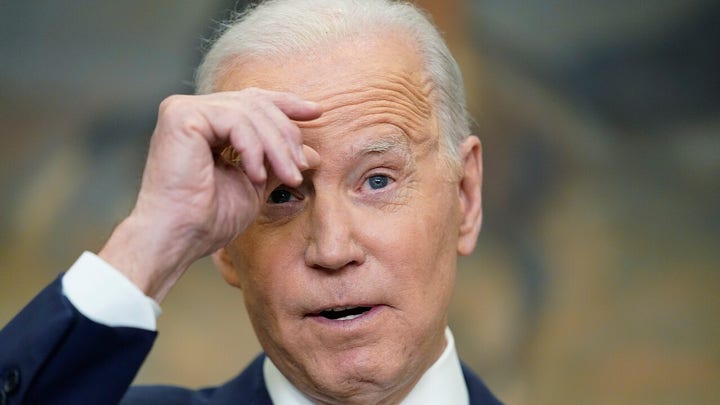 The Wyoming senator explained what he called the second cardinal sin, noting that Democrats “want to do massive government spending.”

“They have a 725-page bill and it’s over a billion dollars a page at the time when we’re at 40-year-high inflation,” he said, arguing that the bill will “make inflation worse.”

The Labor Department revealed earlier this month that inflation accelerated more than expected to a new four-decade high in June as the price of everyday necessities remains painfully high.

The department said the consumer price index, a broad measure of the price for everyday goods, including gasoline, groceries and rents, rose 9.1% in June from a year ago. Prices jumped 1.3% in the one-month period from May. Those figures were both far higher than the 8.8% headline figure and 1% monthly gain forecast by Refinitiv economists.

The data marked the fastest pace of inflation since December 1981. 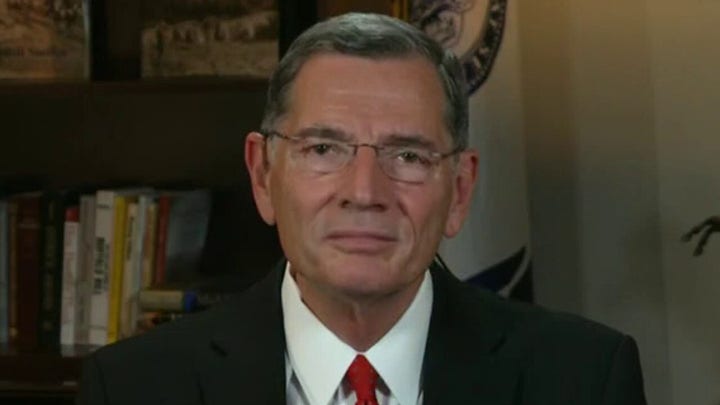 In terms of whether he believes the bill will pass, Barrasso noted that all 50 Democrats in the Senate must be “on board and in the room.”

“What we know is that, due to COVID and due to surgery of some the Democrat members, they haven’t had 50 senators show up for work in well over a month — so this is far from done,” he told Bartiromo.