Georgia Senator Kelly Loeffler has gone into quarantine after receiving conflicting COVID-19 test results – including one that was positive.

Loeffler’s campaign said she took two rapid tests on Friday morning which both came back negative. She received the results of a PCR test that night, which showed she was positive.

The Republican was then retested on Saturday and the results were inconclusive, prompting her to isolate out of caution.

‘Senator Loeffler followed CDC guidelines by notifying those with whom she had sustained direct contact while she awaits further test results,’ her office said Saturday night.

‘She has no symptoms and she will continue to follow CDC guidelines by quarantining until retesting is conclusive and an update will be provided at that time.’

Loeffler appeared at a campaign event with Vice President Mike Pence and Sen David Perdue in Georgia on Friday.

She has held several rallies in recent weeks with crowds packed into close quarters and many audience members not wearing masks. 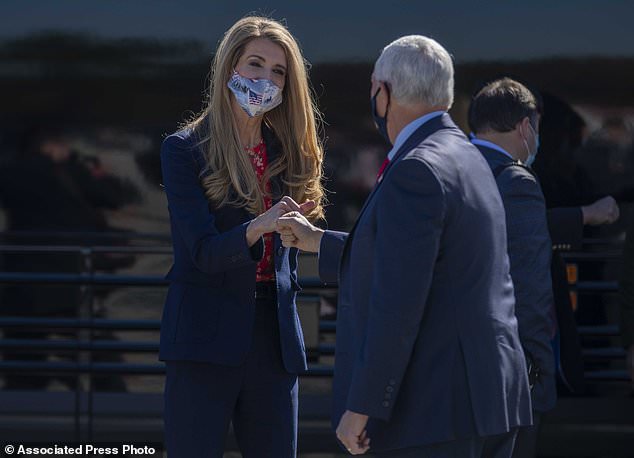 Loeffler is facing Democrat Raphael Warnock in a January 5 runoff election – one of two races that will determine which party has control of the US Senate.

Warnock reacted to the news of Loeffler’s possible diagnosis in a tweet on Saturday, writing: ‘Senator Loeffler is in my thoughts. I pray that her test results come back negative and that she is back on the campaign trail soon. Blessings.’

This is a developing story.