‘A Lori Vallow Investigation with Nancy Grace’ on Fox Nation

Arizona prosecutors moved to dismiss sex assault charges against the son of “Doomsday” cult mom Lori Vallow after a woman accused him of rape.

Colby Jordan Ryan, 26, was initially charged with two counts of felony sexual assault Sept. 5 for the alleged Aug. 31 attack and held on $10,000 bail.

“This office has filed a motion to dismiss without prejudice, which allows the office to file charges in the future and allows time for additional review of the case,” Maricopa County Attorney’s Office spokeswoman Jennifer Liewer told Law&Crime. 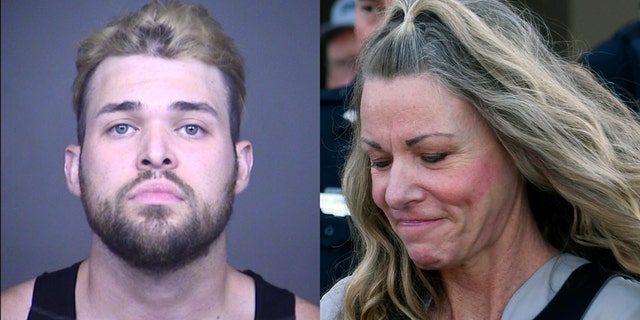 The motion was granted Sept. 8 and Ryan was released from custody three days after his arrest. He ordered not to have any contact with the alleged victim, court records show.

Ryan and the woman, with whom he had been in a relationship, were allegedly watching TV when they began to have “consensual romantic contact,” according to a police report.

The accuser didn’t want to continue and told him “stop,” “this isn’t a good idea” and “I don’t want to do this.” Ignoring her pleas, he allegedly forced himself on her, then cried and apologized, the report says.

Lori Vallow and her husband, Chad Daybell are charged with murder for the deaths of her two children, Joshua "JJ" Vallow, 7, and Tylee Ryan, 17. (Madison County Sheriff’s Office)

The next morning, the woman allegedly recorded Cody admitting to the rape. Police said when they confronted him, he confessed.

Netflix documentary “Sins of Our Mother” about Vallow and the alleged 2019 murder of her two other children  Joshua “JJ” Vallow, 7, and Tylee Ryan, 17, is debuting this week and features Ryan.

The bodies of the slain children were foundburied on the property of Vallow’s fifth husband, Chad Daybell, in rural Idaho.

Vallow and Daybell, who had an obsession with zombies and the apocalypse, married two weeks after his wife died under mysterious circumstances. Authorities are probing the death.

Vallow is also charged with conspiracy to commit murder in connection to the death of her previous husband, Charles Vallow. He was killed by Lori Vallow’s brother, Alex Cox, who claimed at the time that it was self-defense.

Audrey Conklin contributed to this report.