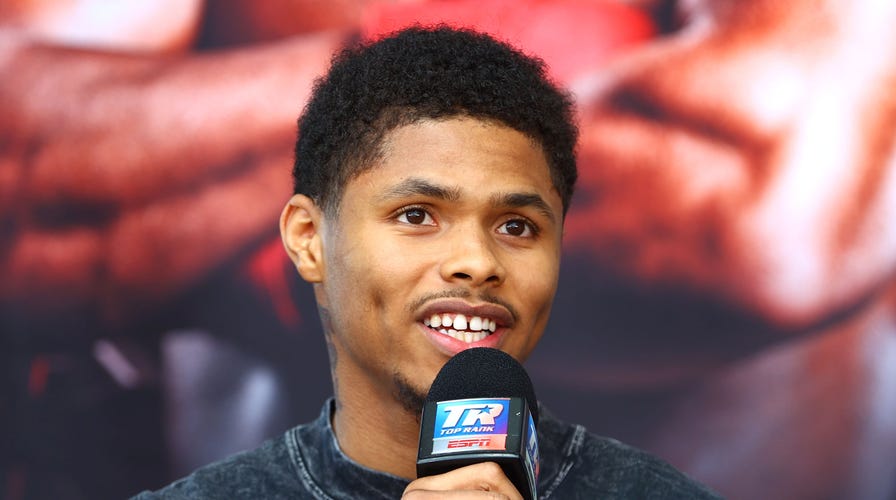 Boxer Shakur Stevenson failed to make weight for his upcoming 130-pound title fight and has been stripped of his WBO and WBC super-featherweight belts.

Stevenson, who is set to fight Robson Conceição in his hometown of Newark, New Jersey,  Friday night, weighed in at 131.6 pounds Thursday. Per fight rules, he won’t be fighting and can’t retain his championships.

The 25-year-old noted that he gave his all to make weight. 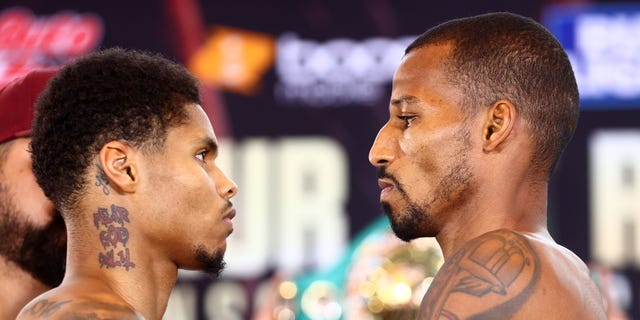 Shakur Stevenson, left, and Robson Conceição face off during the weigh-in ahead of their WBC and WBO junior lightweight championship fight at Prudential Center Sept. 22, 2022, in Newark, N.J. (Mikey Williams/Top Rank Inc via Getty Images)

“I gave it my all,” he wrote on Twitter. “I’ve been professional my whole career and made weight, but my body just can’t make 130 anymore.”

FLOYD MAYWEATHER JR. CLAIMS HE AND CONOR MCGREGOR WILL FACE OFF IN 2023 BOXING MATCH

Stevenson said that “health has to come first,” and he will move up to start fighting at the 135-pound weight class in his next bout.

The fight is still set to happen, at least for now, but Stevenson will not be able to get his belts back if he were to beat Conceição. On the other hand, Conceição can retain the vacated belts if he defeats Stevenson. 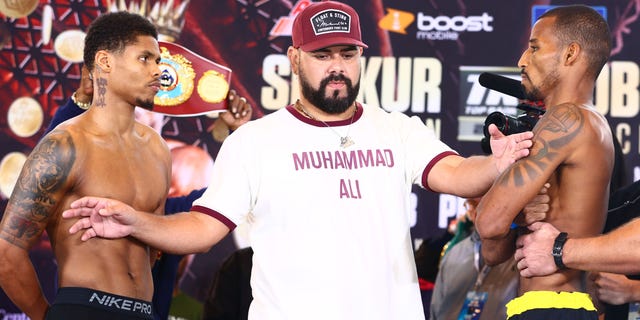 Shakur Stevenson, left, and Robson Conceição, right, face off during the weigh-in ahead of their WBC and WBO junior lightweight championship fight at Prudential Center Sept. 22, 2022, in Newark, N.J. (Mikey Williams/Top Rank Inc via Getty Images)

Top Rank, which is promoting the fight, is still looking at options to keep the fight as the main event on ESPN.

Conceição, the 33-year-old Olympic gold medalist, weighed in on Thursday at 129.6 pounds.

Stevenson has yet to lose in his young career, collecting nine knockouts with an 18-0 record. But, along with the titles being stripped, he is going to be fined by the New Jersey State Athletic Commission and is expected to lose money on the purse he is set to receive for the fight to continue. 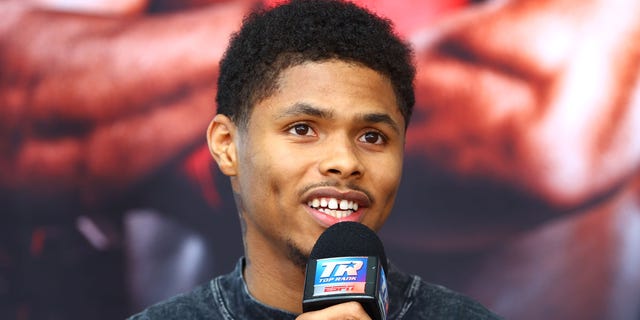 Stevenson is set to make $3 million for the fight, per ESPN.

Scott Thompson is a sports writer for Fox News Digital.