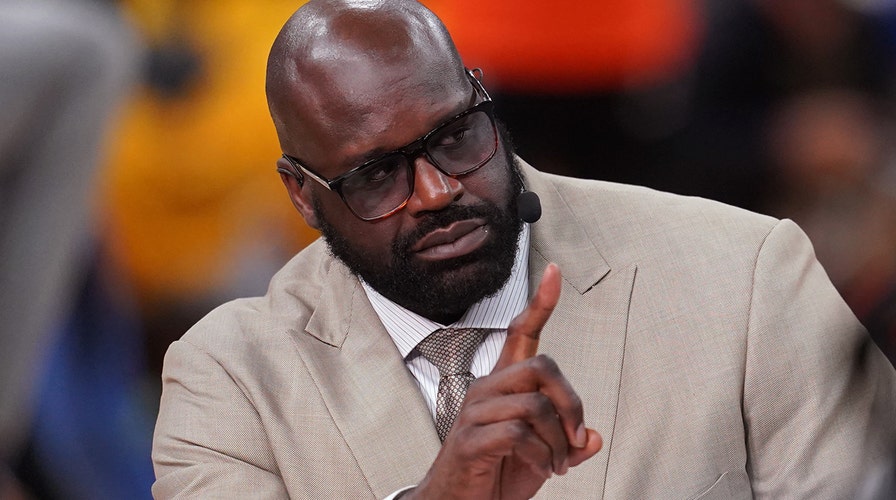 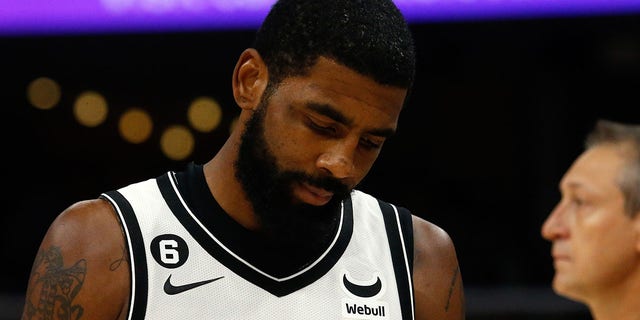 Brooklyn Nets guard Kyrie Irving during a timeout in the second half of the game against the Memphis Grizzlies at FedExForum in Memphis, Tennessee, on Oct. 24, 2022.
(Petre Thomas-USA TODAY Sports)

“I know the game we used to love and we promote, it brings people together,” O’Neal said at the time. “And it hurts me sometimes when we have to sit up here to talk about stuff that divides the game. Now we got to answer for what this idiot has done.

KYRIE IRVING FINALLY APOLOGIZES AFTER NETS SUSPENSION: ‘I AM DEEPLY SORRY TO HAVE CAUSED YOU PAIN’

“I stand for equality of all people. I’ve always been like that. It don’t matter what religion. No matter where you’re from. … I don’t really want to sit up here and answer questions for what he’s done. If you’re looking at me, it’s my job to make people happy. I can’t speak for him or answer for what he’s doing. It’s obvious by his answers he doesn’t really care.” 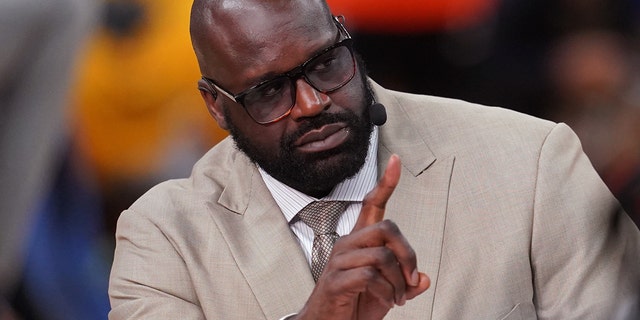 NBA analyst and former player Shaquille O’Neal speaks before game two of the NBA Finals between the Golden State Warriors and the Boston Celtics at Chase Center in San Francisco on June 5, 2022.
(Cary Edmondson-USA TODAY Sports)

Irving was suspended five games by the Nets just days after O’Neal’s comments, but on Thursday night, West, now known as Ye, posted a screenshot of Fox News’ reporting of his comments in a tweet saying: “They make us bully ourselves because of our business alignments.”

In a subsequent tweet, Ye called out O’Neal for his ties with Salter.

O’Neal then responded back on Twitter, urging Ye to “get your family business in order.” 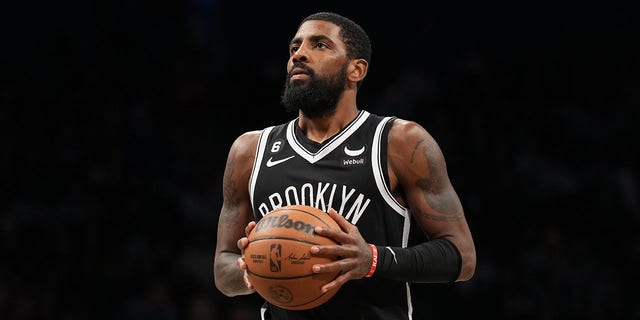 Kyrie Irving of the Brooklyn Nets prepares to shoot a free throw during the game against the Dallas Mavericks at Barclays Center in Brooklyn, New York, on Oct. 27, 2022.
(Jesse D. Garrabrant/NBAE via Getty Images)

Both Irving and Ye have drawn headlines over their recent antisemitic remarks and tweets. Irving apologized shortly after being given a five-game suspension by the Nets over repeated failed attempts by him to “unequivocally say he has no antisemitic beliefs.”