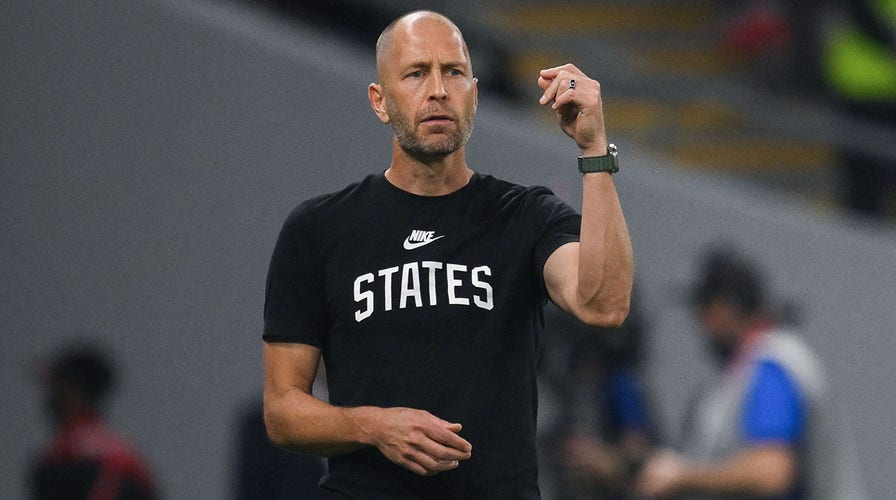 OutKick founder Clay Travis weighs in on news that the U.S. men’s soccer team will wear a rainbow logo at the Qatar World Cup and Elon Musk’s hurdles after acquiring Twitter.

The World Cup is a chance for countries to come together for a common goal every four years. It’s been a tough few years in America with our homeland more divided than it has been in recent memory. Yet, the World Cup provides an opportunity for us to be united as a nation behind US Soccer.

But not for USA head coach Gregg Berhalter apparently.

Like most good Americans, I tuned in for the opening match against Wales, a disappointing draw. But the result wasn’t what disappointed me most. I couldn’t help but get irrationally upset every time they showed the US sideline because of the t-shirt worn by Berhalter.

A black-and-white Nike shirt that simply says, “STATES.” Not “United” States. No red-white-and-blue. No eagles, no flag, no nothing. It’s as sterile as sterile can be.

No Patriotism at World Cup by US Soccer coach 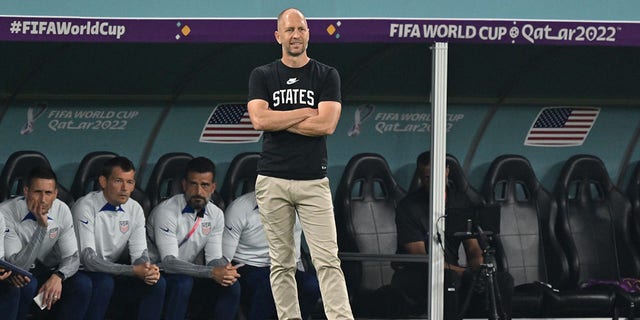 I don’t know if this was a choice by Gregg Berhalter or simply the shirt he was given, but someone made a terrible decision. And it didn’t go unnoticed.

What also has not gone unnoticed is how proud every other country seems to be of their own land. If you haven’t seen some of the other nations’ people during their national anthems, it is truly a site to behold.

Watch every Ecuadorian in attendance, including the team, belt out their anthem in unison:

How about the US World Cup opponent, Wales?

Mexican players were literally crying as their anthem rang out through the stadium.

Now, I will grant credit where credit is due. Unlike the anti-American US women’s team, which kneels for the National Anthem and quite literally hates the country that has made them famous, the men’s team stood with hands over hearts for our anthem prior to their World Cup match. 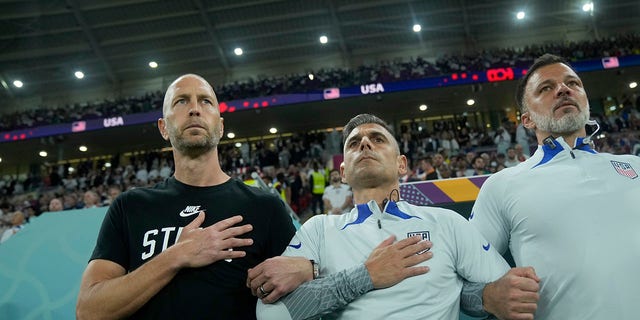 head coach Gregg Berhalter of the United States, left, stands during the national anthem before the World Cup, group B soccer match between the United States and Wales, at the Ahmad Bin Ali Stadium in Doha, Qatar, Monday, Nov. 21, 2022.
(AP Photo/Francisco Seco)

Having Nike as the main sponsor for the US Soccer team flies in the face of everything this nation should stand for. They stay silent on Chinese atrocities while profiting from their labor yet are quick to point out any indiscretion in America.

It’s no surprise that Nike would create such an unpatriotic representation for our National Team’s coach to don. In fact, China has to love seeing the American coach wearing a shirt that simply says “STATES.”

Nothing could be better for the country that seeks to become the World’s #1 superpower. They want to see us become just a collection of “STATES.” Not united. Just states.

Playing into that on the world’s biggest stage in front of a global audience feels like we lost before we even stepped on the pitch. 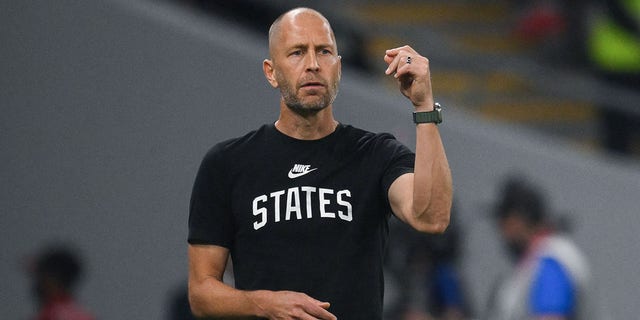 USA’s coach #00 Gregg Berhalter shouts instructions to his players from the touchline during the Qatar 2022 World Cup Group B football match between USA and Wales at the Ahmad Bin Ali Stadium in Al-Rayyan, west of Doha on November 21, 2022.
(NICOLAS TUCAT/AFP via Getty Images)