At least 21 minors between the ages of 13 and 17 died on Sunday morning in the South African coastal city of East London while celebrating the end of exams inside a tavern, police said.

The cause of death was not immediately known. Local media initially reported that a stampede may have occurred in the crowded tavern, but police later ruled that out because none of the victims had any visible injuries, according to the Sunday Times.

Nine of the victims are females and 12 are males. Police found 17 lifeless bodies inside the tavern when they arrived, while two others died at a local clinic, one died at a hospital, and one died while on the way to the hospital. 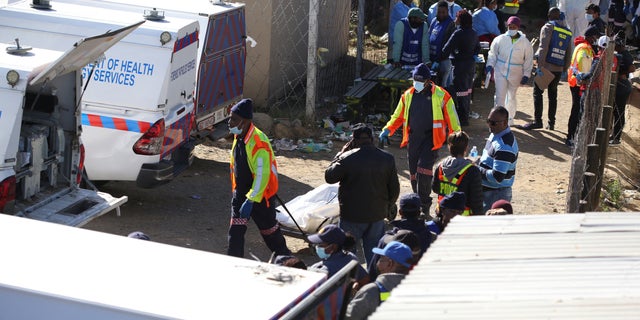 Forensic personnel load bodies of victims after the deaths of patrons found inside the Enyobeni Tavern, in Scenery Park, outside East London in the Eastern Cape province, South Africa, June 26, 2022.  (REUTERS/Stringer)

The owner, Siyakhangela Ngevu, told eNCA that he was called by security because there was “chaos” at the tavern.

“It was full right up to the gate with some children forcing themselves in with security guards finding it hard to control the situation,” he told the South African TV station, according to translation of the interview. “I sympathize with people have lost their loved ones. It wasn’t my intention for this to happen. I request that we calm down and let the police do their job and take it from there.”

Images and videos posted on social media showed a distraught crowd of onlookers outside the tavern on Sunday. 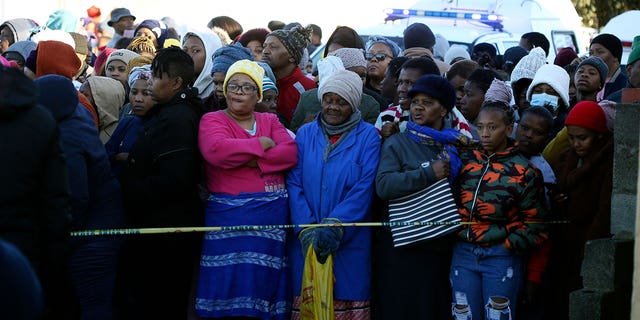 “We have an experienced team that is complementing the provincial team to ensure that we get to the bottom of what has led to the death of these young people,” Cele said in a statement.

The legal drinking age in South Africa is 18. 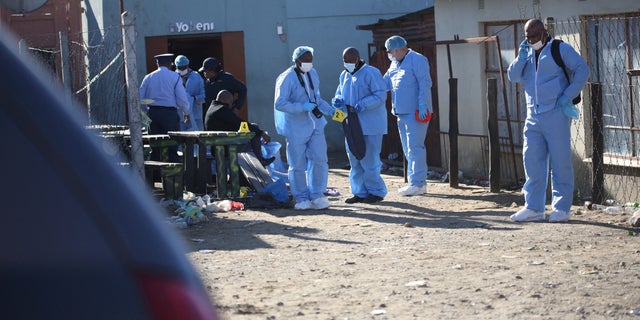 Forensic personnel investigate after the deaths of patrons found inside the Enyobeni Tavern, in Scenery Park, outside East London in the Eastern Cape province, South Africa, June 26, 2022.  (REUTERS/Stringer )

South African President Cyril Ramaphosa’s office also issued condolences to the families and said an investigation will uncover what happened.

“The President is, however, concerned about the reported circumstances under which such young people were gathered at a venue which, on the face of it, should be off limits to persons under the age of 18,” Ramaphosa said in a statment.