Cops uncovered horrific videos of a depraved group of bullies beating-up homeless men after charging three of them with murder.

The compilation of clips show three homeless men beaten, kicked and slapped repeatedly in unprovoked attacks said to have been carried out by Seth Tyler Norris, 18.

Tyler Norris and his brother Shawn Norris, 20, as well as their friend Tristan Ramey are all now charged with the murder of Joshua Garnett, 31.

Garnett was found gunned down on a street in Greenville, South Carolina, on July 3. It’s unclear why he was killed, but a Facebook post made by his sister suggested that he was not homeless at the time of his death.

Tyler is clearly visible in one of the videos, cops say, with his distinctive long hairstyle seen as he rains punches on a terrified man outdoors.  His alleged murder co-defendants have also been charged over the beatings, although investigators haven’t pinpointed their identities in the other sickening clips.

The unidentified people filmed cheering Norris on were armed at the time, deputies say. They believe they have identified the victims in all the clips, which were shot between October 2021 and June 2022, but have appealed for anyone else who fell victim to the abusers to come forward. 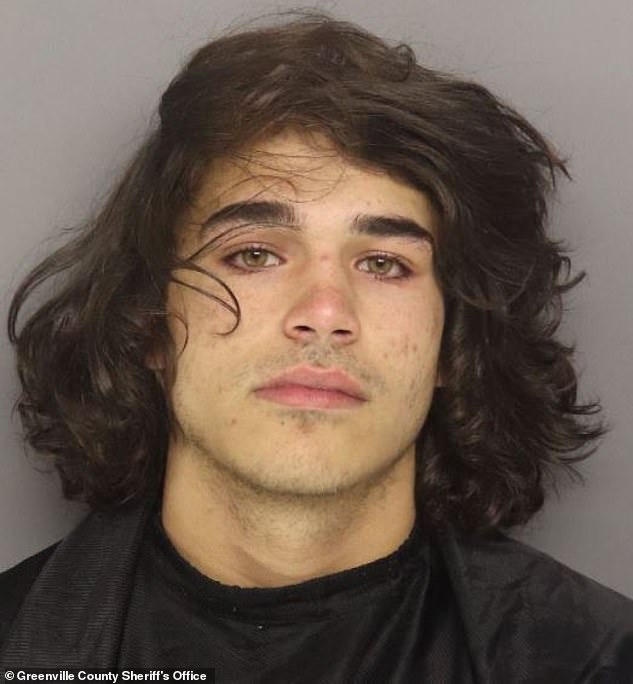 Seth ‘Tyler’ Norris is seen in videos assaulting people at homeless camps after police searched his phone in connection to the murder of Jason Garrett on July 3. Norris is charged with murder for that and attempted murder for the videos 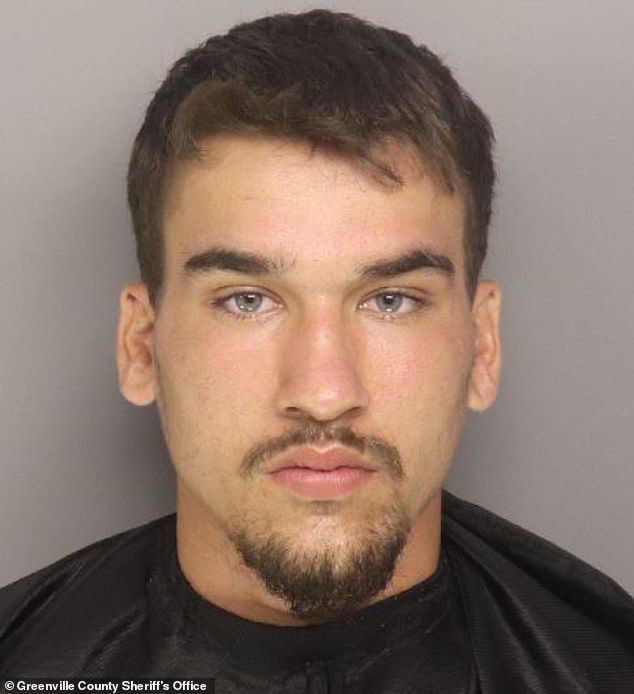 Joshua Norris was charged second-degree assault, battery by a mob and two counts of criminal conspiracy for his part in the disturbing videos police uncovered 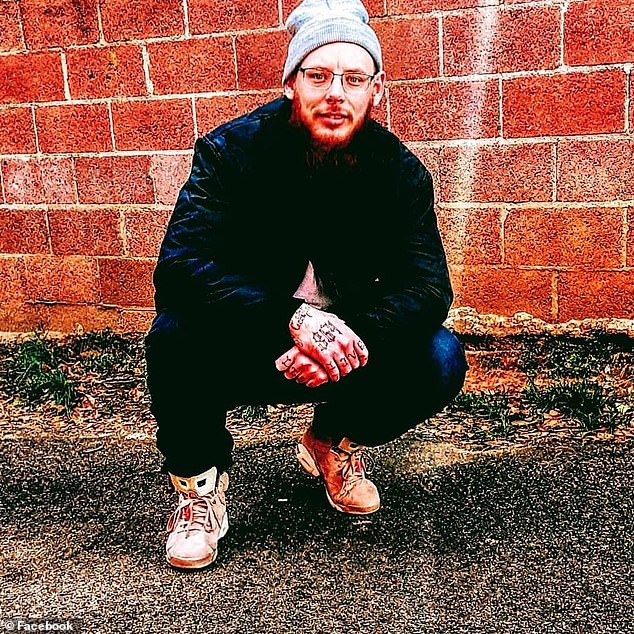 Joshua Garrett was shot in the torso on a Greenville street on July 3, police say. Seth Tyler Norris, Joshua Norris and Tristan Ramey have been charged with murder in connection to the death 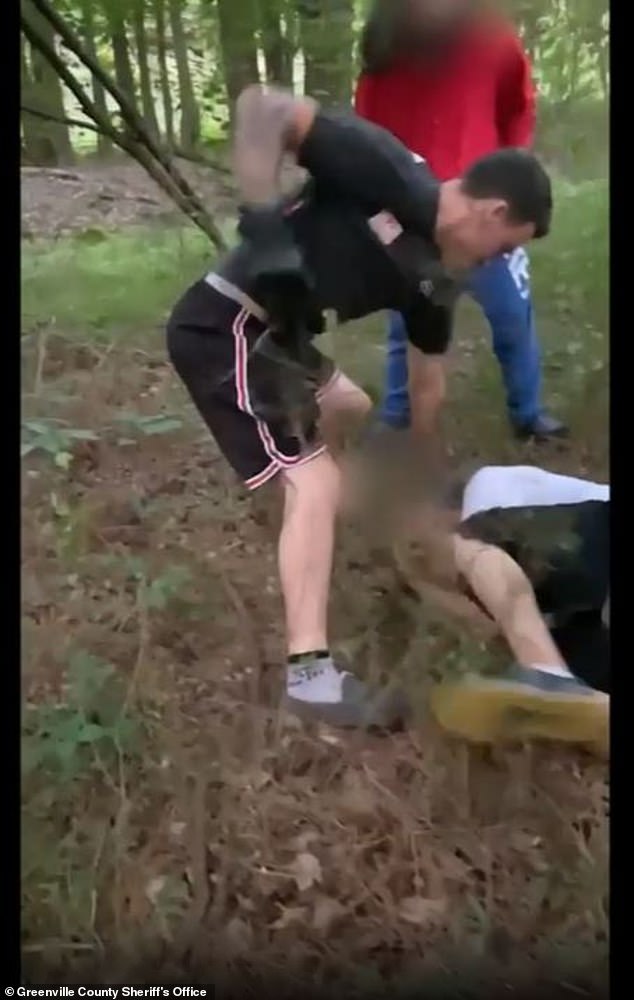 One suspect is seen beating a helpless man while wearing MMA-style boxing gloves. The group filming cheers him on, and others jump in to also beat the man who can be heard crying out in pain 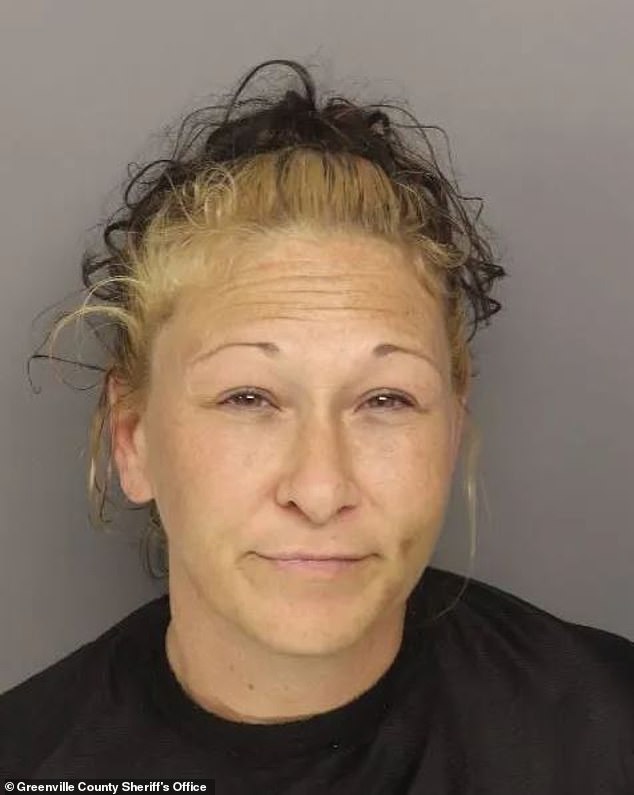 Sunny Sorgee, the mother of Seth and Joshua, was charged with accessory after the fact for her role in the murder of Joshua Garrett on July 3

Norris’s mother, Sunny Sorgee, was charged with accessory after the fact and associate Tristan Ramey was also charged with murder.

They believe the attacks shown in the videos occurred ‘in several local homeless camps around the San Souci area’ of Greensville.

Some of the men were knocked unconscious and needed medical help, the sheriff’s office said in a statement.

According to arrest warrants, one suspect threatened to shoot a homeless man before kicking him three times in the face.

The group of suspects also drove one man around before assaulting him, and beat another man into unconsciousness before beating him further.

Authorities also said victims were left scared to call for help because their attackers said they would come back. 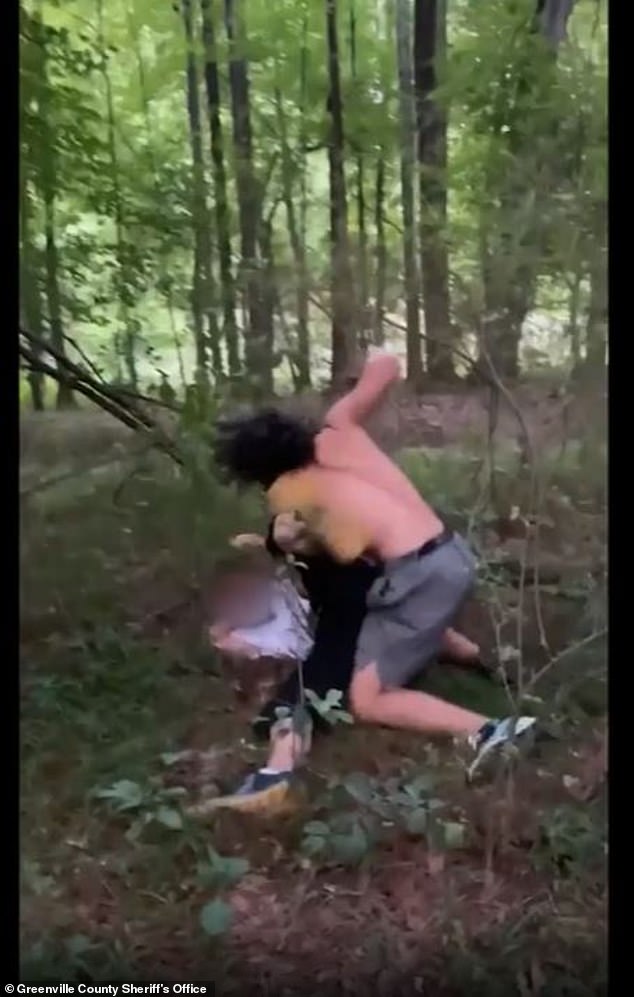 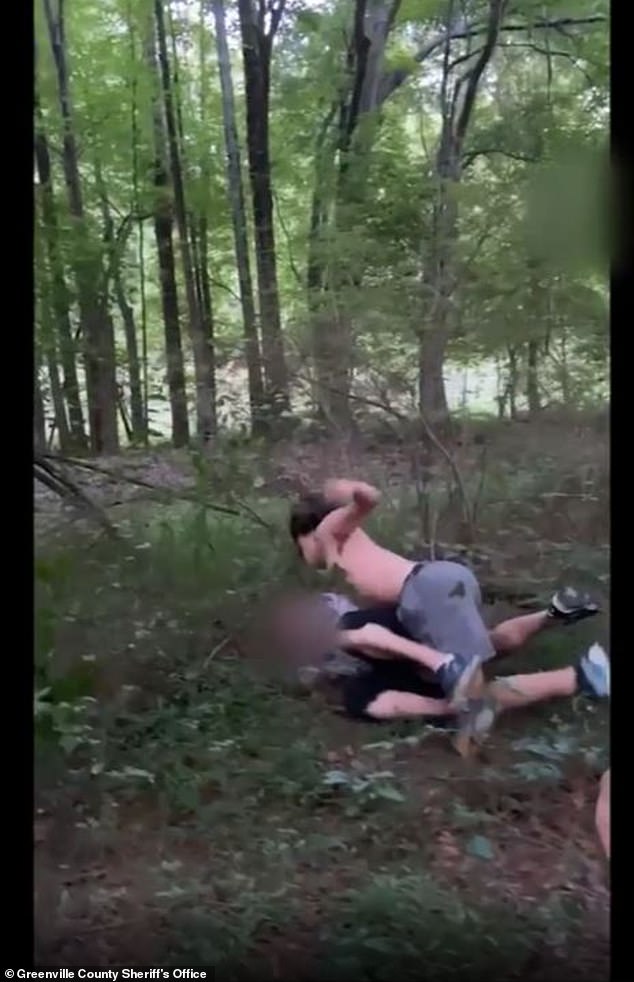 A man resembling Seth Tyler Norris ruthlessly punches a man who tries to get away from the assault, as those filming cheer him on with ‘get right Ty!’ 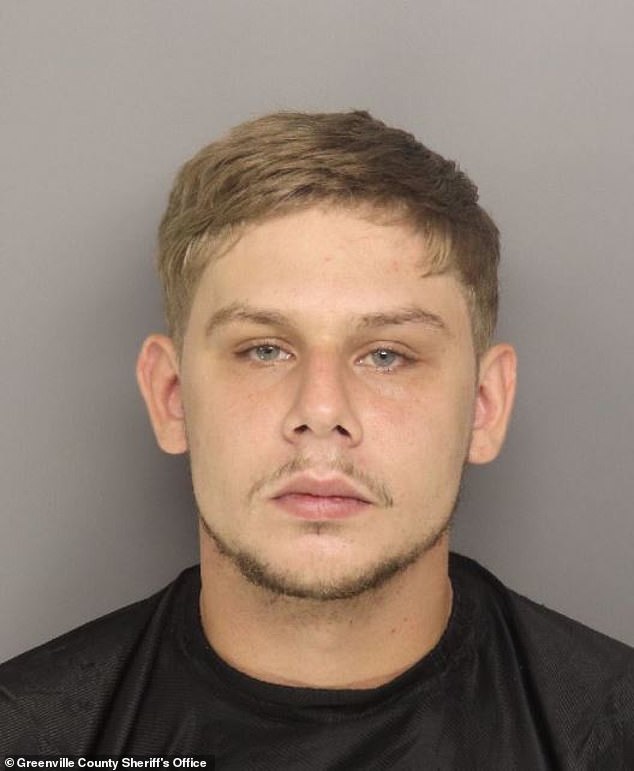 Tristan Ramey was charged with murder for the July 3 shooting of Joshua Garrett, and was also involved in the disturbing videos that show a group of men beating up homeless people. Ramey is due to be charged for his part in the assaults

Logan Alexander Holmes, left, and David Allen Norris, right, were also charged for their part in the assaults. Both were charged with attempted murder for the attacks that show the group punching and kicking their victims heads repeatedly

Police identified the suspects in the videos as the Norris brothers, Ramey, David Allen Norris, and 22-year-old Logan Alexander Holmes.

Seth Tyler Norris, David Norris and Holmes have been charged with attempted murder, while Joshua Norris was charged second-degree assault among others.

The sheriff’s office said Ramey has not yet been charged because they have been unable to locate him.

The dialogue in the clips is difficult to hear due to frequent beeps to censor curses, and the faces of each victim have been blurred.

In the first clip, Norris and the group are seen aggressively walking through a homeless camp with their phones out .

A person in a tent tells them to ‘go away’ before they are kicked in the face by one of the suspects, who then continues to kick them repeatedly.

In the second clip, a man is punched repeatedly in the face while the group filming the attack ask ‘where’s the money?’

The group shouts ‘where’s the bread?’ at the man as he tries to cover his face to shield the vicious punches and kicks.

In the third clip, a man in a white shirt is beaten repeatedly by who appears to be Seth Tyler Norris. As the man asks to stop fighting, another man steps in and begins to punch him with MMA-style gloves on.

Others then jump in to help beat the man, who can be heard crying for help. The clip ends as the group continues to punch him.