The CJ Cup is on the move again in America, this year shifting across the country from Las Vegas to South Carolina.

The PGA Tour said a limited-field CJ Cup, which left Jeju Island in South Korea when the COVID-19 pandemic restricted travel, will be played this year at Congaree Golf Club, about an hour inland from Hilton Head Island.

Congaree last year held the Palmetto Championship in place of the RBC Canadian Open, which was canceled because of travel restrictions. Garrick Higgo won his first PGA Tour event.

The CJ Cup in South Carolina is scheduled for Oct. 20-23. The event typically attracts one of the strongest fields of the fall schedule.

After three years in South Korea, the CJ Cup relocated in 2020 to Shadow Creek north of Las Vegas, part of a move that brought the tour’s two Asia-based events to the West Coast. The Zozo Championship (Japan) was shifted to California. Last year, the CJ Cup stayed in Las Vegas at the ultra private Summit Club, while the Zozo Championship returned to Japan. 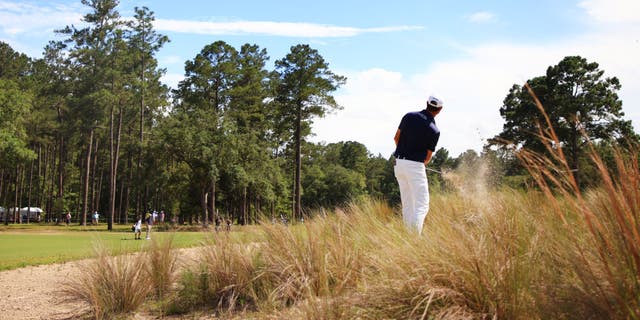 The CJ Cup will be played at Congaree Golf Club. (Mike Ehrmann/Getty Images)

South Korea-based CJ Group, unlike Zozo, has a marketing platform in the U.S. through its Bibigo food brand.

The CJ Cup in South Carolina will have a 78-man field that includes five players designated by the Korea PGA and the top three available Korean players from the world ranking. The majority of the field is based on the previous year’s FedEx Cup standings on the PGA Tour.

The move again gives South Carolina two PGA Tour events, along with the RBC Heritage at Hilton Head Island a week after the Masters.