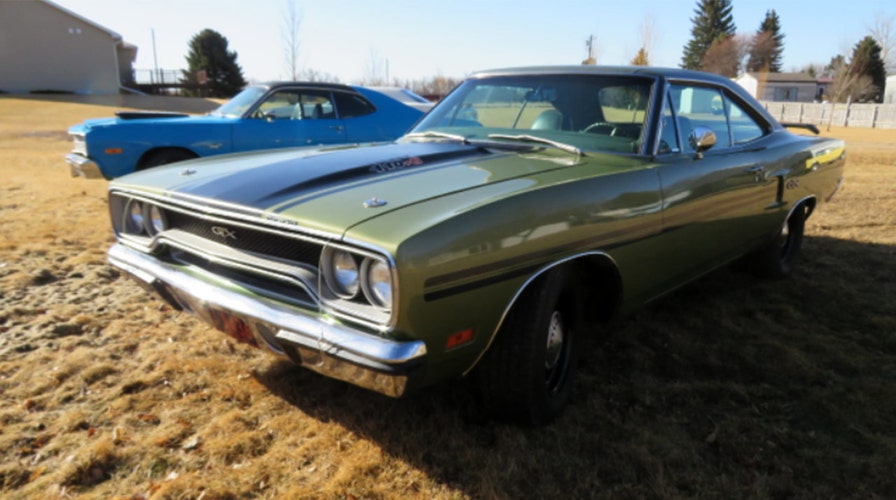 Dodge CEO Tim Kuniskis enters The Fox Garage to talk about how Dodge is going electric differently than other brands.

Harley Moser loves his muscle cars. But he loves his children even more.

The semi-retired South Dakota cattle and horse rancher is auctioning a collection of classic Plymouths and Dodges, along with a few trucks, to help pay for his adult son and daughter’s medical care.

Justin and Molly were both born with an adrenal disease that’s required an increasing amount of treatment, and the bills have been adding up.

Moser told Fox News Autos he’d purchased the cars over many years and stored them as investments because he and his wife Barb had been spending too much of the cash from their savings account. He thought it was a safer place for their money. 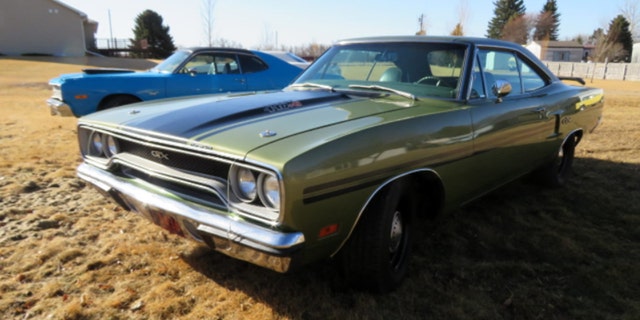 He started buying them in secret when there was extra money coming in but said that after Barb found out, she became a fan of both the idea and the cars. The two often take them to local car meets.

Sadly, she died from cancer a decade ago, and Moser says he knows she’d want him to use the vehicles to help their kids. 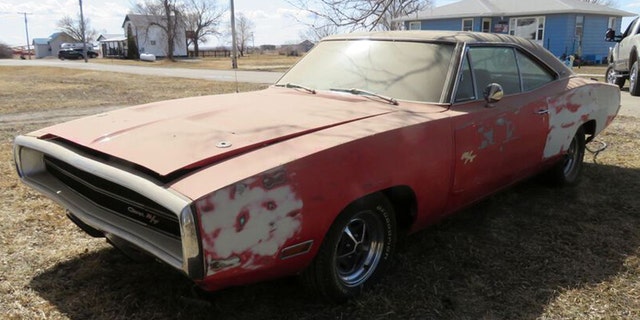 Among the gems is a “barn find” condition 1970 Dodge Charger RT coupe with its original four-barrel 440 V8 and a restored 1970 Plymouth GTX coupe with the same engine.

Moser credits his penchant for Mopar cars to his older brother.

“He was the mechanical one, and he told me they were the absolute ultimate muscle cars,” he said. 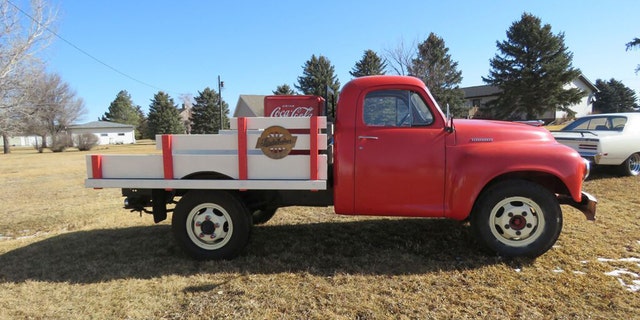 Moser’s favorite is a 1952 Studebaker R15 pickup. He loves it because it’s “about as old as I am.” It runs perfectly, features panel sides and comes with a vintage Coca-Cola cooler in the bed.

1968 DODGE CHARGER RESURRECTED AS A ‘HELLUCINATION’

But there’s one special car in the collection that isn’t his. 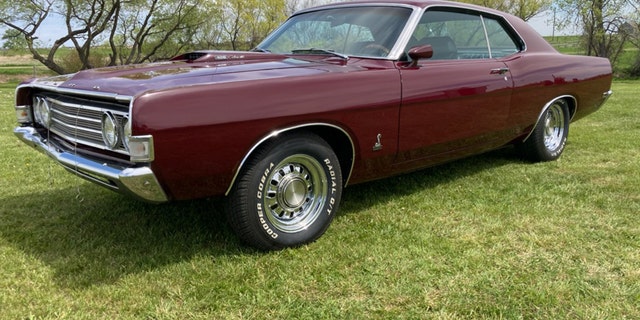 This Ford Torino GT Cobra Jet clone is based on a 1969 Ford Fairlane. (VanDerBrink Auctions)

The 1969 Ford Fairlane 500-based Torino GT 428 Cobra Jet clone was donated to the auction by a family friend, Shari, who had been helped by Barb’s family when she was younger and lived with them for a time. 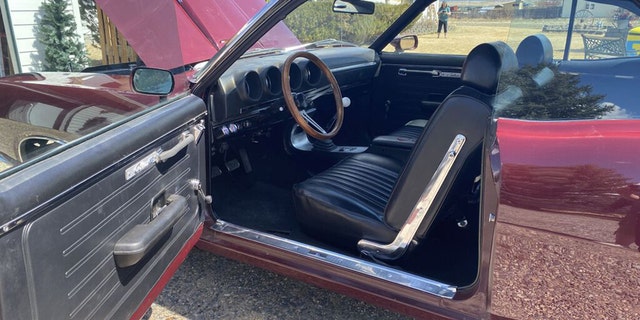 The Torino is equipped with a 428 Cobra Jet FE V8. (VanDerBrink)

The car belonged to her husband, Fred, who died from cancer this year and had been restoring it when he passed away. Shari said the families have remained close and when she and her son and grandson heard about the auction they knew adding “pop’s” car to it was the right thing to do.

“That’s a pretty special car, and if it brings attention to what is needed most here, we know we made the right choice,” Shari said.

Online bids are being accepted, but an onsite auction will be taking place Friday, June 3, in Mobridge, South Dakota, and will be followed on Saturday by a separate auction of vintage farm equipment and trucks at the same location.