Former Treasury official Monica Crowley breaks down what the Inflation Reduction Act amounts to after President Biden signed it into law on ‘Jesse Watters Primetime.’

MONICA CROWLEY: [Democrats] have a critical group of people on their side protecting them, which is the press. When you have the protection of the mainstream press, you can literally get away with anything. So this thing was repackaged and communism never dies — it just gets rebranded.

And here we have another bill that is moving this country away from economic freedom and free market capitalism toward a more neo-Marxist, kind of collectivist model. So when the Left talks to you about climate change, when they say they’re really interested in preserving the environment, they might have some top-line concern about those issues. But that’s not what any of this is about. What it’s about is, again, re-engineering the U.S. economy and because the energy sector is the biggest lever that’s available to them in order to achieve that, that’s what they continue to attack and that’s why they continue to spend the way they do. 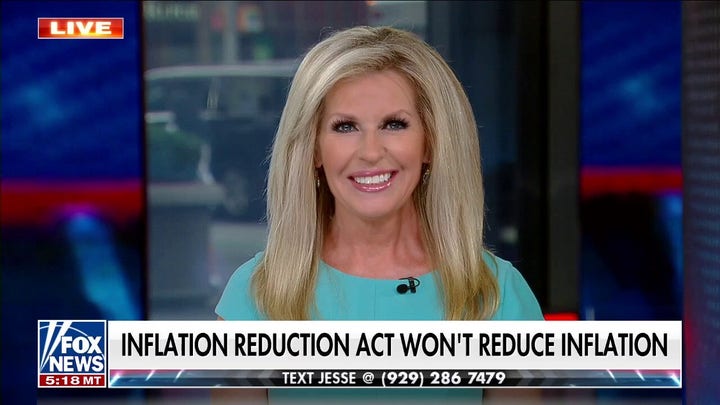