The US needs to ‘reset our relations’ in Saudi Arabia: Harold Ford Jr.

Fox News co-host Harold Ford Jr. laid out why he thought President Biden made the right decision to travel to Saudi Arabia despite his promise he would make the country a "pariah."

The State Department has approved the potential sale of 300 Patriot missiles to Saudi Arabia for about $3.05 billion, the Defense Security Cooperation Agency said Tuesday.

“These missiles are used to defend the Kingdom of Saudi Arabia’s borders against persistent Houthi cross-border unmanned aerial system and ballistic missile attacks on civilian sites and critical infrastructure in Saudi Arabia,” the Defense Security Cooperation Agency said in a statement. 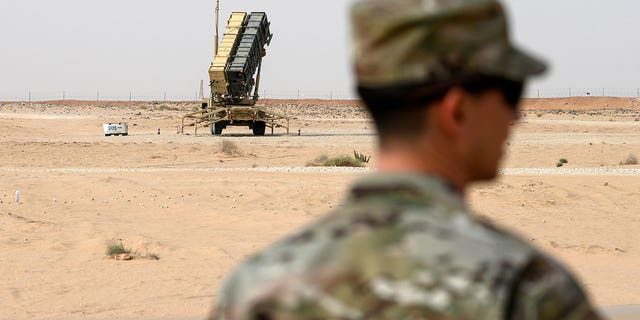 A member of the U.S. Air Force stands near a Patriot missile battery at the Prince Sultan air base in al-Kharj, central Saudi Arabia, on Feb. 20, 2020. (Andrew Caballero-Reynolds/Pool via AP, File)

Reuters reported just days before the trip that the Biden administration is considering lifting the ban on the sale of offensive weapons to Saudi Arabia, a decision that is dependent on the country ending its proxy war in Yemen against Iran. 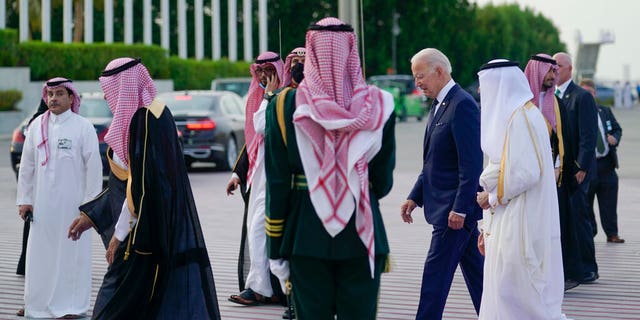 The United Nations Special Envoy for Yemen, Hans Grundberg, said that a truce in Yemen’s civil war was extended on Tuesday through October.