The creator and writer of the hit HBO television series Succession has taken a swipe at Britain’s new king, days after he ascended the throne.

Jesse Armstrong, 51, who is British himself, was picking up the Emmy‘s top award of the night for Best Drama Series.

Armstrong then made a pointed remark of there being ‘a bit more voting involved’ in their Emmy win than King Charles‘ accession.

‘Big week for Succession. New king in the UK this week for us. Evidently a little more voting involved in our winning than Prince Charles,’ Armstrong began. 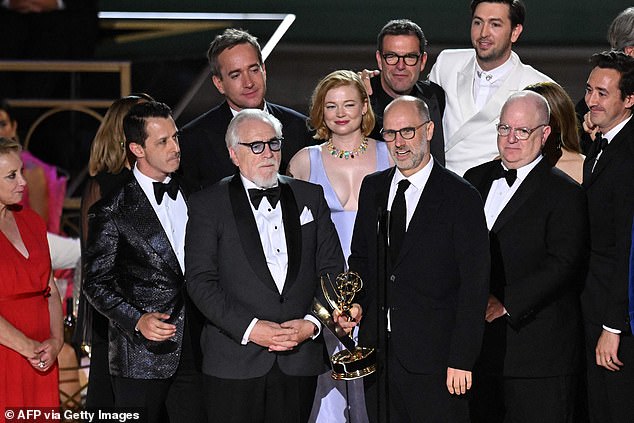 The creator and writer of the hit HBO television series Succession, Jesse Armstrong, has taken swipe at Britain’s new king, Charles III, days after he ascended the throne 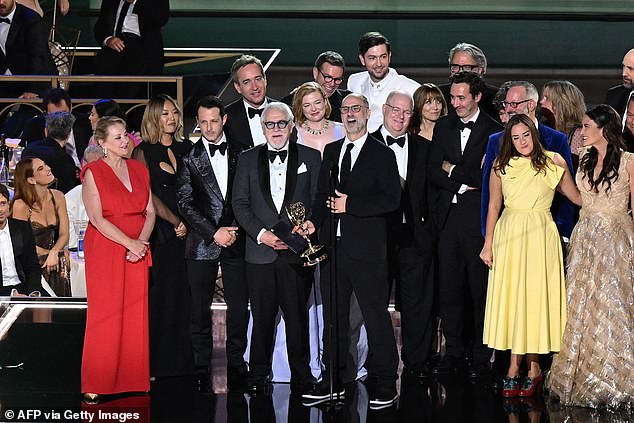 British screenwriter Jesse Armstrong, holding the trophy, accepts the award for Outstanding Drama Series for Succession along with cast and crew onstage during the 74th Emmy Awards at the Microsoft Theater in Los Angeles, California, on Monday night

Armstrong continued: ‘I’m not saying that we’re more legitimate in our position than he is, we’ll leave that to our people we are incredibly grateful to have this, it’s a wonderful honor. This group is extraordinary. It’s a team effort.’

Earlier in the night, Armstrong, took the award for best writing for a drama series for the show.

The acclaimed series lead the nominees going into the evening’s award ceremony with 25 nominations of which it won just two, the other being Matthew Macfadyen who took home a supporting actor trophy. 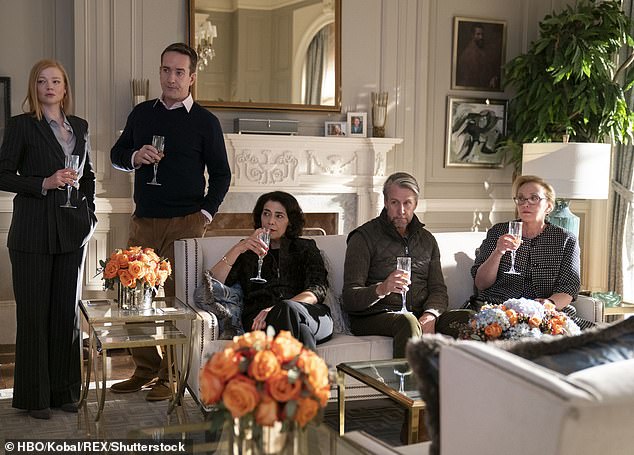 The show, which is now in the process of filming a fourth season, follows the Roy family, a media mogul dynasty struggling to cope with patriarch Logan’s decision to step back from their TV and entertainment empire.

It mirrors that of the Murdochs’ recent family history, since Rupert announced the sale of 21st Century Fox to Disney which signaled the end of Fox as the world had known it and sparked questions over which of the Murdoch children would prevail as heir supreme.

Armstrong, who is known for writing British comedies In The Thick of It and Peep Show, insists that it is not entirely based on the Australian family despite it being based on a transcript he wrote years earlier called Murdoch.

He said Succession also takes inspiration from the Redstone dynasty who own CBS and that other plots are inspired by the Kennedy’s.

‘There’s a very slightly ineffable line you have to walk. So you just need that distance. If we look at it head-on, it’s like looking at the sun,’ he said of his comparisons to the real life families.

Armstrong spent a year researching the Murdoch’s for the screenplay.

In 2015, his research expanded during the Trump campaign and throughout several media scandals when, he said, he noticed a shift in the industry.

‘I guess Breitbart was starting to bubble up around then and Cambridge Analytica, and some of the Sinclair deals. And you start to think, “My goodness, this is starting to feel like a singular situation.”

It was initially titled Immediate Family but was renamed.

Their first reading was on election day in 2018.

They had planned to go back to producer Adam McKay’s apartment for a Hillary Clinton victory party but, as Trump’s victory became clear, they started drinking whiskey ‘from the bottle’. 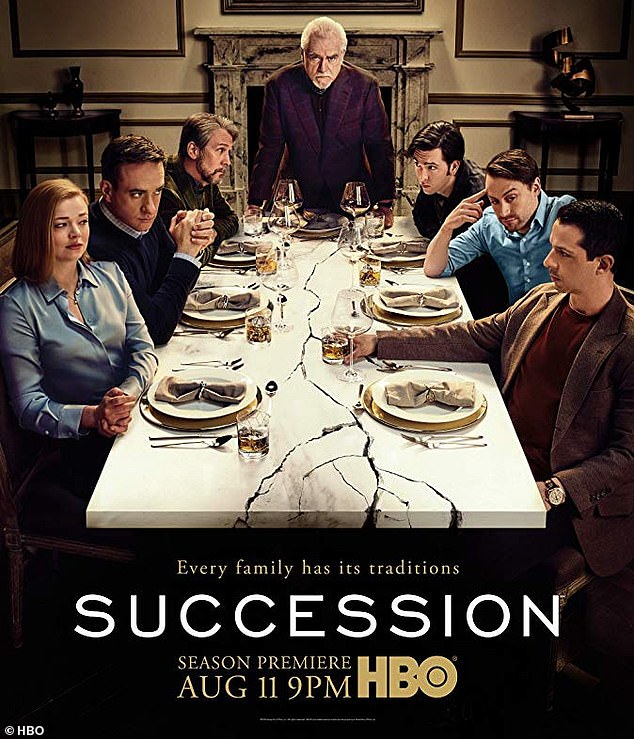 Succession has been a hit since it launched on HBO. It will enter its second season in August. The cast is shown in a poster for the show 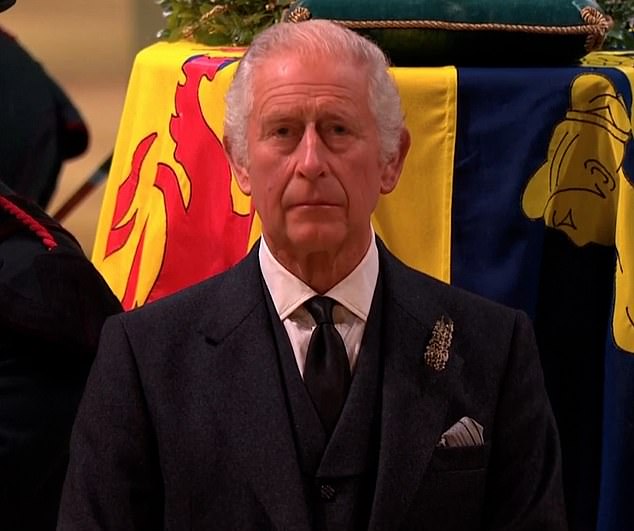 Speaking of ‘succession’ of the royal variety, King Charles III was officially announced as Britain’s monarch on Saturday, in a pomp-filled ceremony steeped in ancient tradition and political symbolism.

The accession ceremony is a key constitutional and ceremonial step in introducing the new monarch to the country.

This is the first time the accession ceremony has been held since 1952, when Queen Elizabeth II took the throne.

Charles was accompanied at the ceremony by his wife Camilla, the Queen Consort, and his eldest son Prince William.

William is now heir to the throne and known by the title Charles long held, Prince of Wales.