A man accused of beheading his ex-girlfriend with a sword in California is believed to be a U.S. citizen, Fox News has learned, following previous reporting that he was in the United States illegally.

Jose Solano Landaeta has been charged with murdering Karina Castro; her family said she was killed outside her Northern California home on the street during the day last Thursday, KGO-TV reported.

“Immigration and Customs Enforcement (ICE) has no involvement with this individual,” the agency told Fox News, in response to the earlier report from the Santa Monica Observer.

“[Law-enforcement] arrived within minutes and found an obviously deceased female in the street in that area,” an officer said during a news conference Thursday. “They began to work the scene and shortly thereafter, the male suspect arrived back at the scene and was quickly detained by sheriff’s deputies. He was later placed under arrest for homicide.”

Landaeta reportedly had been violent with Castro in the past and her family said she got a restraining order against him earlier this year but continued to see him.

Landeata is thefather of Castro’s 1-year-old daughter. The child and her 7-year-old sister were at home on Thursday when the alleged killing took place but did not witness it. Following their mother’s death, they were taken into the custody of Child Protective Services.

CALIFORNIA SAW INCREASE IN KILLINGS, VIOLENT CRIME IN 2021, ACCORDING TO RELEASED REPORT

Landaeta appeared in court on Monday for arraignment on a felony murder charge. “His lawyer told the judge that Landaeta was not mentally competent to be tried, and the judge ordered an evaluation,” local Fox station KTVU reported. 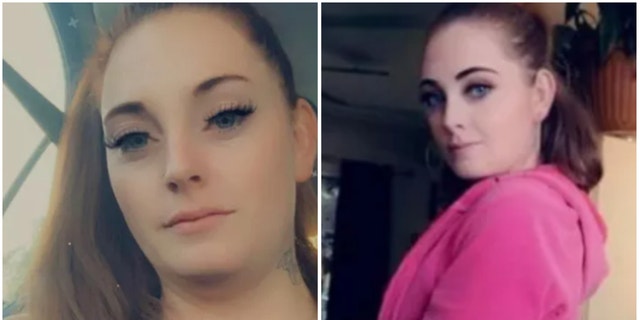 Karina Castro was beheaded this week by the father of her child in San Carlos, California (GoFundMe)

“It is better to get this taken care of now than to do it in two years when we’re about ready to start a trial,” San Mateo County District Attorney Steve Wagstaffe said, as reported by the station. “If he’s found not competent to stand trial, that causes the criminal proceedings to be held until he is restored to competency – if ever.”