A New York man has been arraigned on an indictment following charges stemming from allegations he sex trafficked an 18-year-old girl from another state, Brooklyn District Attorney Eric Gonzalez announced Friday.

Allen Barrington, 37, is charged with sex trafficking, promoting prostitution and other related charges.

“We allege that this defendant lured a young woman from out of state to come to Brooklyn under false pretenses, then trafficked her in exchange for sex,” Gonzalez said. “I am committed to rescuing and protecting our at-risk teens from predators who seek to harm and exploit them.”

He is held without bail and will return to court on Aug. 16, the Brooklyn Daily Eagle reported.

Gonzalez said that an investigation found the defendant allegedly responded to an online post from an 18-year-old girl from Ohio on June 3. The man had offered to fund a bus ride to New York, where he said he would help her start nude modeling on video.

Barrington picked her up from a bus stop in Brooklyn on June 5 and brought her to his apartment. At his apartment was another girl the defendant had lured from Illinois to participate in prostitution.

WASHINGTON POLICE OFFICER CHARGED AFTER ATTEMPTING TO MOLEST A CHILD 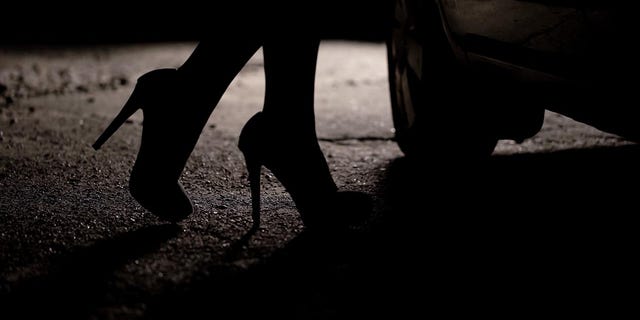 File photo – The 18-year-old was allegedly forced to prostitute herself.

He had allegedly told the Ohio victim she had to work in prostitution and took her to a track in East New York. But when she refused, he threatened her and said he would harm her grandparents in Ohio.

The defendant not only is alleged to have forced the victim to engage in prostitution between June 5 and June 18, but he also physically abused her and attempted to taser her at one point.

The victim was allegedly forced to work in prostitution on the track in East New York and Barrington would not allow her to stop until she earned a quota he had established. 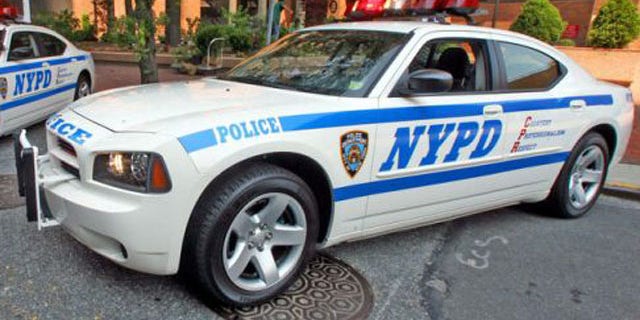 The suspect was arrested in Ohio and extradited to New York.  (AP)

Barrington also allegedly took photos of her and the Illinois woman and posted them online offering prostitution services.

The victim walked into the 75th precinct on June 17 and reported the defendant who was arrested in Ohio on July 6 before being extradited to New York.