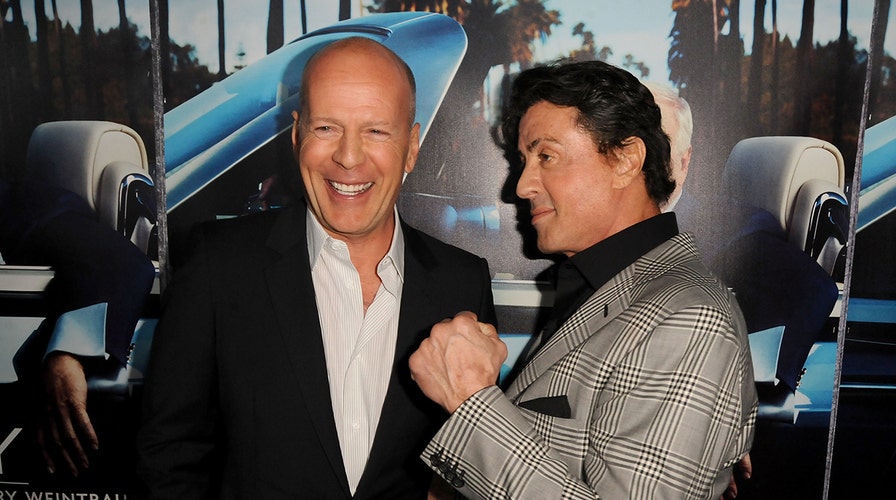 Sylvester Stallone gives fans an update on what they’re in for when they tune in to his new movie, "Samaritan."

Sylvester Stallone feels for his friend and former co-star, Bruce Willis, who was recently diagnosed with aphasia.

“Bruce is going through some really, really difficult times,” Stallone said in an interview with The Hollywood Reporter. When asked if he’s in touch with the 67-year-old, he said Willis has “been sort of incommunicado. That kills me. It’s so sad.”

In March, after news broke that Willis was “stepping away” from acting due to his physical circumstances, 76-year-old Stallone shared a series of photos of his friend on Instagram, writing, “We go back a long way, praying for the best for you and your wonderful family.” 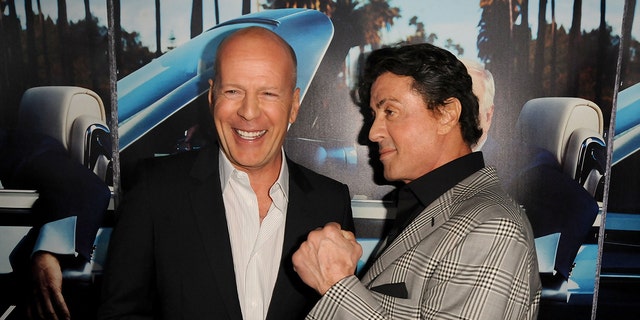 Sylvester Stallone, right, touched upon his relationship with Bruce Willis in a new interview.
(Jeff Kravitz)

Both men were involved with the Planet Hollywood venture in 1991, a chain-restaurant endorsed and launched by Willis’ former wife, Demi Moore, and Arnold Schwarzenegger as well.

In 2010, the men joined forces again to star in the action-film “The Expendables,” which ultimately became a tetralogy. 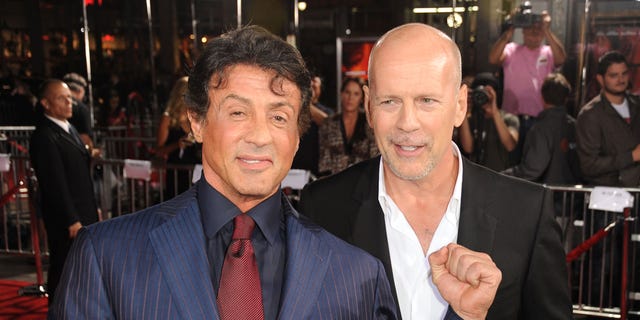 The men went on to film the 2012 sequel, “The Expendables 2,” but things got rocky when Willis did not return for the third installment.

With Willis out, Harrison Ford was brought in to join the cast, something Stallone relished on Twitter. He wrote in August 2013, “WILLIS OUT…HARRISON FORD IN !!!! GREAT NEWS !!!!! Been waiting years for this!!!!!”

In a press conference for the movie, Stallone backtracked on his sentiments about Willis.

“It’s nothing personal. It’s not like it got personal, and I’m sorry it did sound that way. But it was just actors talking, and things move on. And I think Bruce Willis is a great guy, and he does fantastically entertaining films. And when he nails it, he nails it big time.” 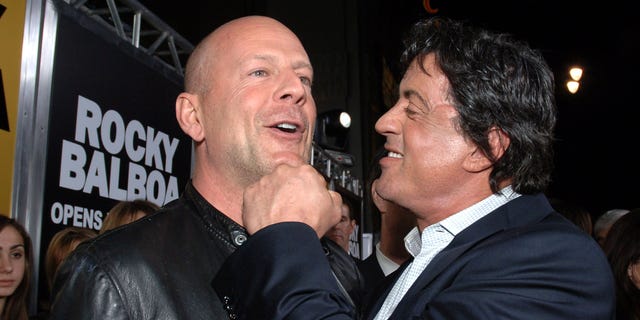 Stallone almost had another fall-out: with his wife of 25 years. Jennifer Flavin filed for divorce in August, but the couple recently reconciled.