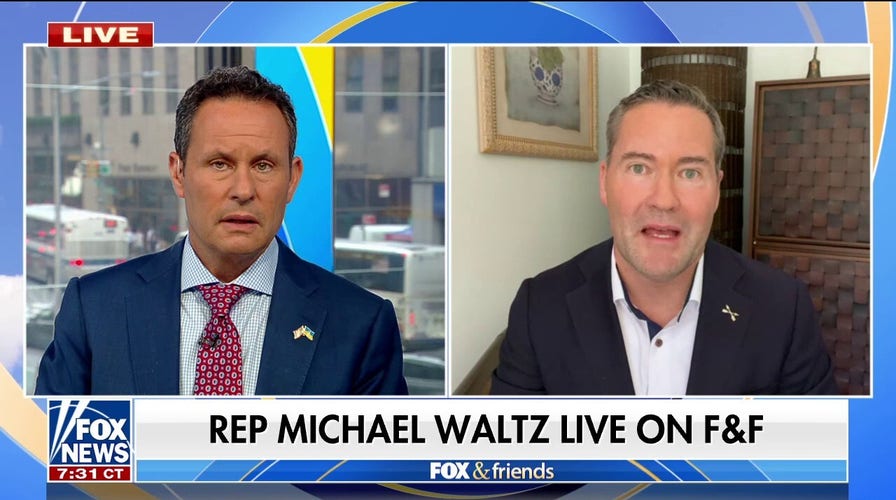 Rep. Waltz slams Biden over Pelosi’s potential Taiwan visit: ‘This is a mess’

Taiwan on Tuesday was hit with a cyberattack and threatened by Chinese war planes flying near its boundary in the Taiwan Straight as tensions with Beijing have escalated ahead of an unconfirmed visit from Speaker of the House Nancy Pelosi.

Taiwanese authorities confirmed Tuesday that the Office of the President’s website fell victim to an “overseas cyberattack” that caused the site to be down for 20 minutes, according to local reporters.

The president’s office reportedly confirmed that Tuesday’s “attack traffic was 200 times that of a normal day.” 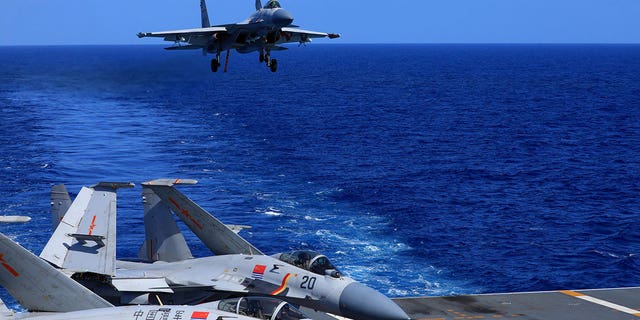 The culprit behind the attack has not yet been revealed but came just hours before Chinese warplanes flew close to the unofficial dividing line that separates the Taiwan Strait between mainland China and Taiwan.

Chinese planes reportedly engaged in tactical moves and repeatedly “touched” the aerial boundaries before and circling back to the other side of the strait, first reported Reuters.

On Monday China also sent warships near the unofficial boundary one day ahead of Pelosi’s expected visit to Taiwan.

PELOSI TOUCHES DOWN IN MALAYSIA AMID TENSIONS OVER TRIP TO TAIWAN 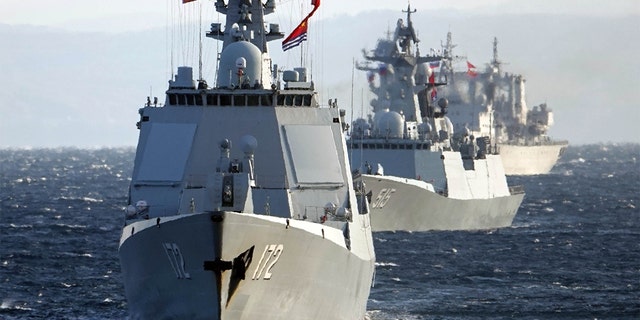 Chinese naval fleet passes through naval mine threat area during the China-Russia ‘Joint Sea-2021’ military drill near the Peter the Great Gulf on Oct. 15, 2021, in Russia. (Sun Zifa/China News Service via Getty Images)

The White House has said it will “not be intimidated” by China’s “saber-rattling” and has stood by Pelosi’s right to visit Taiwan.

“China appears to be positioning itself to potentially take further steps in the coming days and, perhaps, over a longer time horizons,” National Security Council coordinator for strategic communications John Kirby said. “These potential steps from China could include military provocations such as firing missiles in the Taiwan Strait or around Taiwan.” 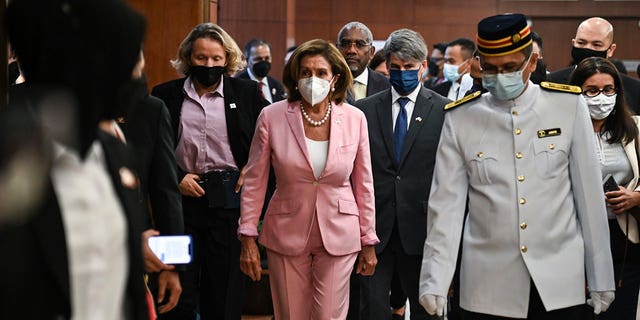 Pelosi, whose office has not confirmed whether she will be traveling to Taipei, is reportedly set to land in Taiwan Tuesday, according to local reports.