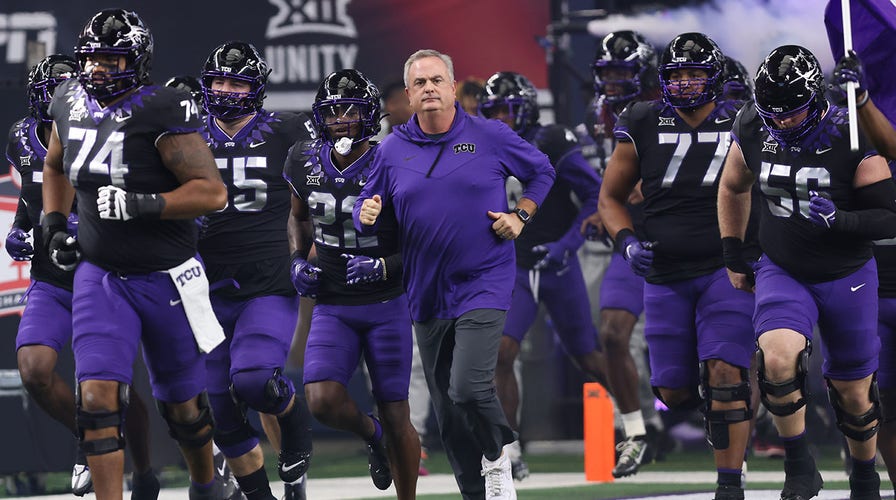 Following a year in which saw longtime head coach Gary Patterson resigning and the team losing seven games, Dykes has his Horned Frogs in the College Football Playoff for the first time after going 11-1. 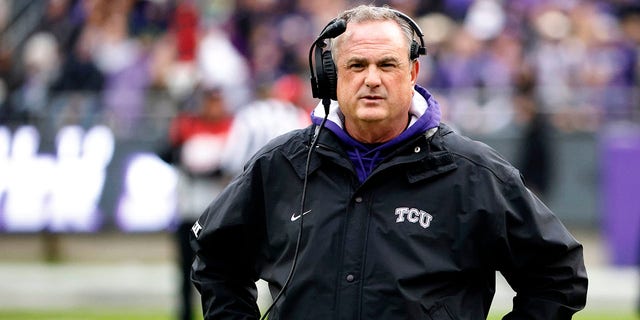 TCU Horned Frogs head coach Sonny Dykes looks on as TCU takes on the Iowa State Cyclones during the first half at Amon G. Carter Stadium on Nov. 26, 2022 in Fort Worth, Texas.
(Ron Jenkins/Getty Images)

And he is being rewarded for his success.

Dykes’ contract was extended through the 2028 season on Wednesday, and he will now make a salary that is near the top of the Big 12’s, according to ESPN. 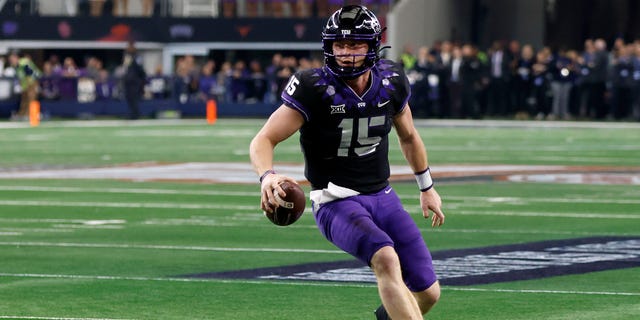 Max Duggan, #15 of the TCU Horned Frogs, carries the ball against the Kansas State Wildcats in the second half of the Big 12 Football Championship at AT&amp;T Stadium on Dec. 3, 2022 in Arlington, Texas.
(Ron Jenkins/Getty Images)

The Horned Frogs have proven the doubters wrong after being picked to finish seventh in the Big 12 while starting the season unranked.

Quarterback Max Duggan leads the Big 12 in passing yards (3,321) and touchdowns, throwing just four interceptions on the year and being selected as one of the four Heisman Trophy finalists.

TCU was handed its first loss of the season on Saturday in the Big 12 Championship Game, as Kansas State got its revenge for the regular season loss to the Horned Frogs in October.

Despite the loss, TCU was selected by the College Football Playoff committee as the third-ranked team in the country and will face the No. 2 Michigan Wolverines in the semifinals at the Fiesta Bowl. 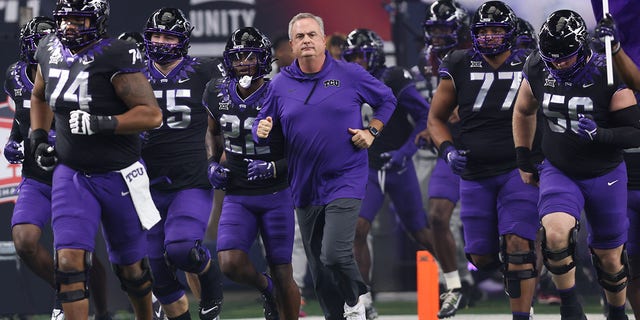 TCU head coach Sonny Dykes leads his team onto the field for the Big 12 Championship Game between the TCU Horned Frogs and the Kansas State Wildcats on December 03, 2022, at AT&amp;T Stadium in Arlington, Texas.
(John Bunch/Icon Sportswire via Getty Images)

“Appreciate the Vrbo Fiesta Bowl for extending the offer to TCU, and the College Football Playoff committee,” Dykes said Sunday, according to 247 Sports. “We are really appreciative and thankful for the opportunity to play against the University of Michigan, who just happens to be, I believe, the winningest team in college football history. So we are excited to be a part of the playoff. We have got a fantastic football team.

“I have been doing this now for right around 30 years, and this is the most enjoyable football team I’ve ever coached. Really enjoy being around these players. They are crazy competitive. They have tremendous work ethic. I think they embody everything that’s good about college football. Very selfless.”

TCU is just the second team from the Big 12 to make the CFP, with Oklahoma being selected as one of the final teams four times.