The Republican legislator used Ocasio-Cortez’s arrest as a punchline while denouncing the sky-high 9.1 percent inflation rate seen just last month as a failure of the Biden administration.

He also took a shot at California Democratic Rep. Eric Swalwell for his past links to an alleged Chinese spy named Fang Fang. 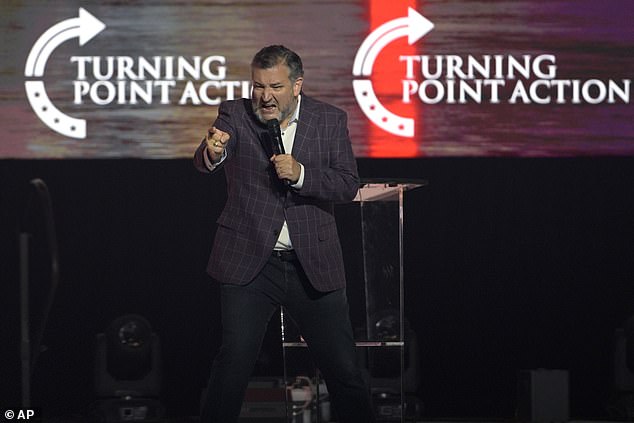 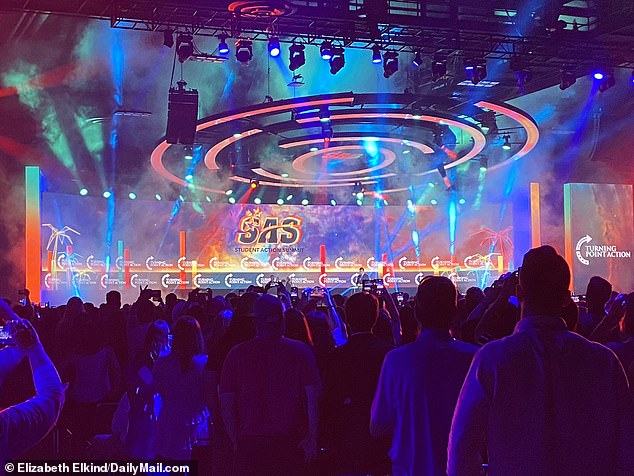 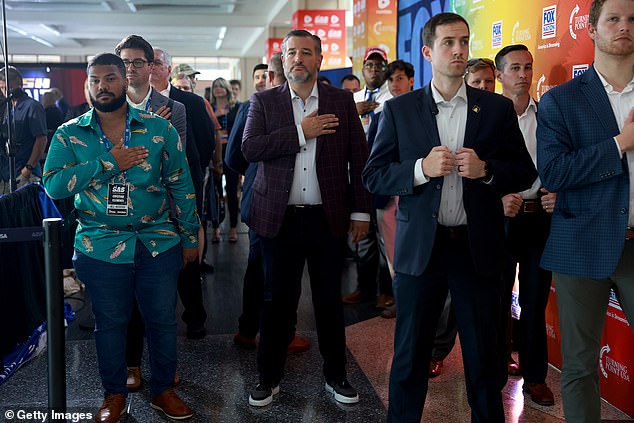 Cruz received the most enthusiastic welcome out of the three senators who spoke on Friday night, the other two being Josh Hawley and Mike Lee

He made the comments at Turning Point USA’s annual Student Action Summit. The right-wing activist group’s multi-day event in Tampa, Florida is hosting a litany of national Republican figures – some of whom are speculated to be likely presidential candidates in 2024.

Cruz, who received a more enthusiastic reception than either Senators Josh Hawley or Mike Lee before him, unsuccessfully ran for president n 2016 but dropped out and ultimately became one of Donald Trump’s most loyal allies.

But he’s generating White House buzz again – and has refused on previous occasions to say he’d support the ex-president if he declares another campaign.

At one point he referenced the sound of a fierce thunderstorm outside the venue’s walls to illustrate his warning against the Democrats currently in power.

‘For a lot of Americans, prior to Biden being sworn into office, “Socialism Sucks” was just words on a t-shirt. Now you can hear the thunder in the sky,’ he said.

His crack at Ocasio-Cortez comes after the self-proclaimed Democratic-Socialist was arrested along with 16 other lawmakers during a pro-abortion demonstration outside of the Supreme Court on Tuesday. 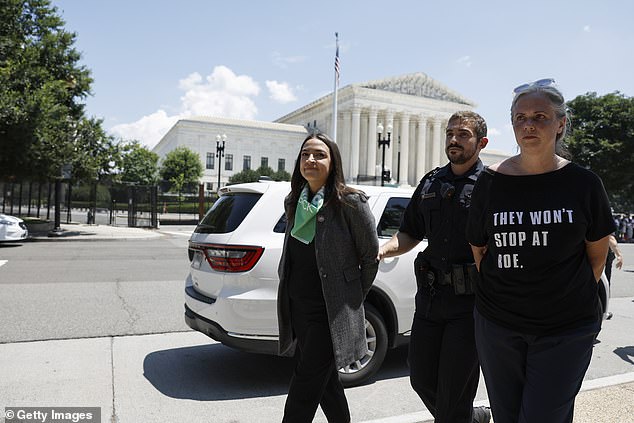 Rep. Alexandria Ocasio-Cortez (D-NY) is detained by U.S. Capitol Police Officers after participating in a sit in with activists from Center for Popular Democracy Action on July 19 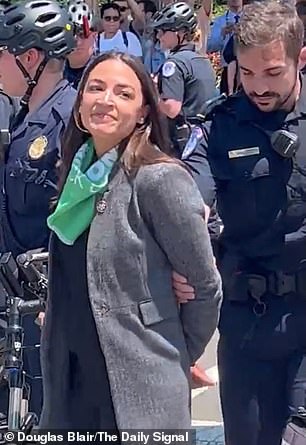 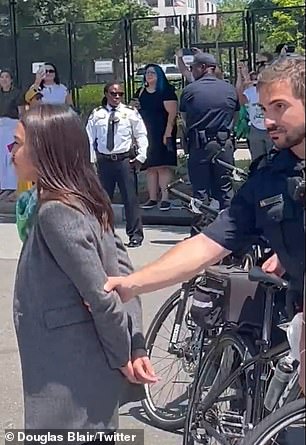 But the New York Democrat was mocked by Republicans and other critics after video appeared to show her holding her hands behind her back as if they were restrained – despite late pumping one fist in the air as police led her away.

Omar was accused of acting in a similar fashion.

Ocasio-Cortez has since denied that she ‘faked’ being handcuffed after being accused of doing so by GOP Rep. Nancy Mace on Twitter.

‘No faking here. Putting your hands behind your back is a best practice while detained, handcuffed or not, to avoid escalating charges like resisting arrest,’ she replied just minutes later.