Tennessee man, 23, is arrested for ‘stalking his ex-girlfriend by calling her 150 times, sending her 50 emails and contacting her from 22 different social media accounts’ 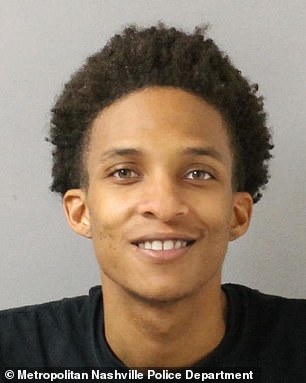 Derrius Deshotel (pictured), 23, was arrested by authorities for allegedly stalking his ex-girlfriend after they broke up in June

A Tennessee man was arrested for stalking his ex-girlfriend after he allegedly contacted her multiple times and used his vehicle to prevent her from exiting the highway.

Derrius Deshotel, 23, of Nashville was taken into police custody on September 19 after a series of disturbing interactions between his unidentified ex-girlfriend over the course of three months.

According to Scoop Nashville, Deshotel’s concerning behavior began after his ex-girlfriend of five month broke up with him in June.

In the following two months, the victim reported receiving roughly 50 emails, 157 phone calls and was contacted by Deshotel on 22 separate Instagram and Twitter accounts.

The victim reportedly told Deshotel to cease contact multiple times to no avail.

Deshotel allegedly drove through her neighborhood to watch her.

Later, the victim told authorities that Deshotel showed up at her backdoor on August 19, but refused to leave. 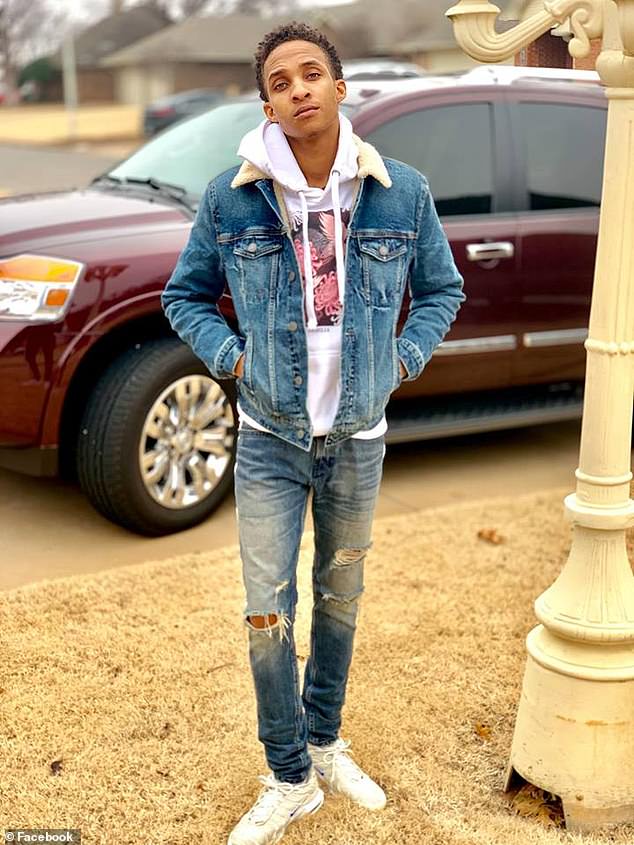 In the two months following their breakup, the victim alleges Deshotel called her 157 times, sent around 50 emails and contacted her on 22 separate social media accounts

He was reportedly, ‘waiting for her to talk to him’.

Deshotel stood outside her home for an hour, prompting the victim to contact authorities for assistance and an order of protection.

Afterwards, Deshotel sent her an email saying she had ‘started a war.’

He said: ‘You thought that was gone to solve everything? LMAOOOOO. You ain’t do s*** but make it worse. LMAO. Once it’s up it’s stuck and you just started a war.’

Scoop Nashville reports a warrant was issued for Deshotel, but at the time he could not be immediately located or served.

The victim later alerted authorities on September 16 that Deshotel called her more than 100 times since September 13, leaving a series of voicemails.

She was also forced to flag down police officers on September 13 after he showed up at her home unannounced and proceeded to follow her vehicle when she left the property.

The victim attempted to separate herself by speeding up her car, but Deshotel reportedly followed her lead and kept close to her rear bumper.

She was eventually able to pull off the interstate.

A warrant for harassment and felony reckless endangerment was issued, but once again he was unable to be located and was not served. 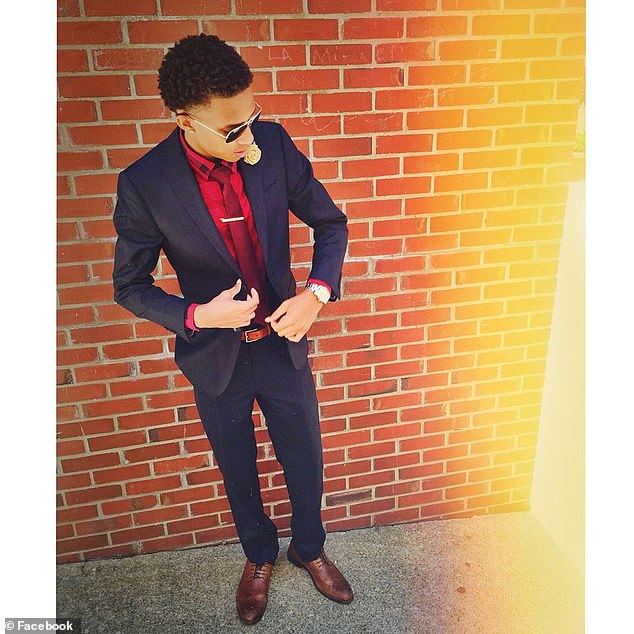 While leaving her home, the victim noticed Deshotel (pictured)  was following her vehicle and was unable to shake him

During the most recent incident on September 19, the victim was alerted by a notification from her doorbell camera that Deshotel was outside her home.

She waited until he appeared to leave her property before returning to her home.

Three hours later, Deshotel came back to her house.

In an attempt to escape him, the victim fled in her vehicle only to have him follow her to a gas station.

While trying to get assistance, he used his vehicle to block hers at the gas pump area so she could not move.

Deshotel told dispatched authorities that he wanted to ‘have a talk’ with his ex-girlfriend about his outstanding warrants. 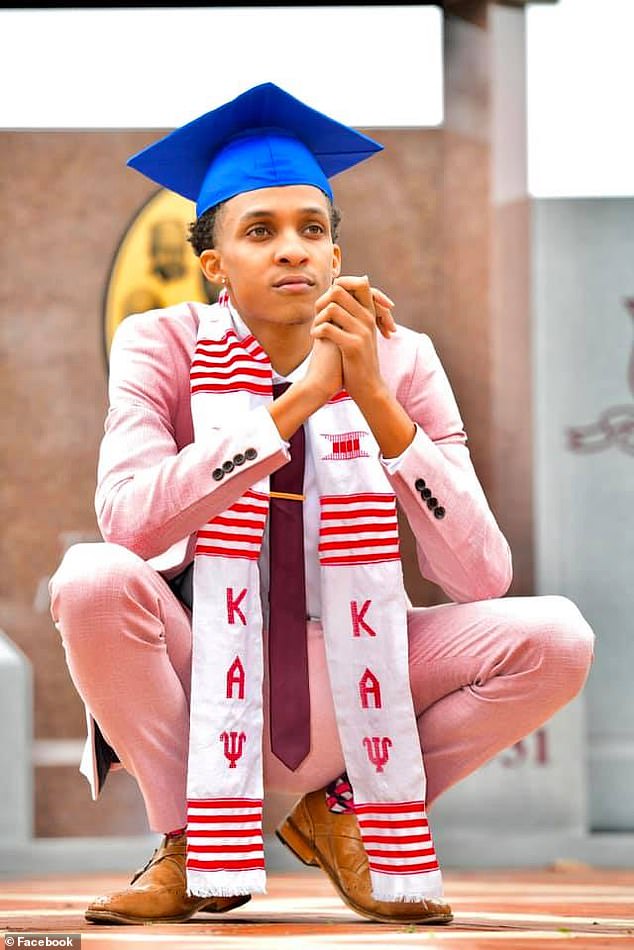 Deshotel (pictured) has been charged with two counts of harassment, one count of felony reckless endangerment and one count of stalking.

After officers left, the woman was able to drive onto the interstate, but each time she tried to take an exit Deshotel would use his vehicle to block her.

The victim called 911 again after pulling into a different gas station.

A dispatch operator reportedly heard Deshotel telling the victim to get out of her car and repeatedly calling her phone while she was speaking to authorities.

He was charged with stalking.

In total, Deshotel has been charged with two counts of harassment, one count of felony reckless endangerment and one count of stalking.

He’s been released on a $15,000 bond and underwent a mandated 12-hour domestic violence hold.

On Scoop Nashville’s Facebook page, they report that Deshotel contacted them to complain he was being ‘cyberbullied.’