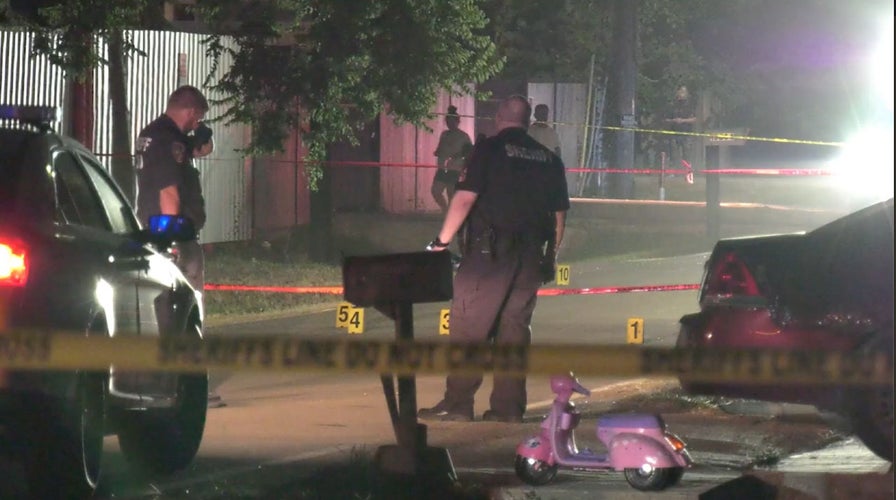 A 7-year-old Houston-area boy was shot and killed Sunday while in bed, authorities said.

Paul Vasquez was home with his mother and two older brothers when a sedan drove by the residence in the 13000 block of McNair Street, the Harris County Sheriff’s Office said.

Multiple shots were fired into the home from the vehicle, which was described as a white or grey, four-door vehicle, authorities said.

Responding deputies found the boy shot in the chest. He was hit while he was in bed and was able to get up and tell his mom that he was shot before collapsing, Fox Houston reported. Vasquez was taken to a hospital where he was pronounced dead.

HOUSTON MEN STEAL $4,200 LIQUOR BOTTLE THAT TURNS OUT TO BE CHEAP DECOY 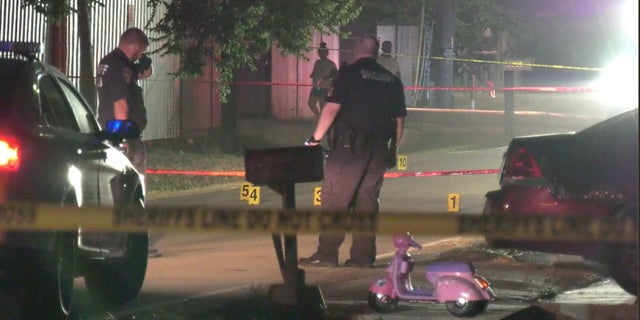 Harris County deputies stand near markers and a child bike at the scene where bullets were fired into a home Sunday night, killing a 7-year-old boy.  (Fox Houston)

Investigators have not determined a motive for the shooting and no arrests have been made.

Harris County Sheriff Ed Gonzalez said he was “outraged” to learn of the shooting.

“A child was killed and during a drive-by shooting this morning. This is the daily toll of gun violence. Gun violence in the US can’t be viewed as a solitary issue,” he tweeted. “Let’s not accept daily gun violence as our norm. Our hearts go out to all those grieving in the wake of these shootings. We can and we must do more to stop gun violence.”