Several Texas college students are being charged with evidence tampering and alcohol-related charges after one of their friends fell off of a boat in 2019 and died under mysterious circumstances.

Jack Elliott, who was 19 years old at the time, fell off of a boat on Lake Travis, which is outside of Austin, Texas. Jack and his friends, were all among the people who were on the boat on Oct. 14, 2019, according to the Orange County Register.

The group of friends from Texas Christian University had been boating for part of the day when they heard a rumble and noticed that Jack was no longer on the boat. After the friends felt the bump and could no longer see Jack, they went back to try and find him, according to the report.

One person on the boat, Caden Strauss, recalled in an affidavit that the group did not spend more than five minutes searching for Jack before taking the group back to shore. 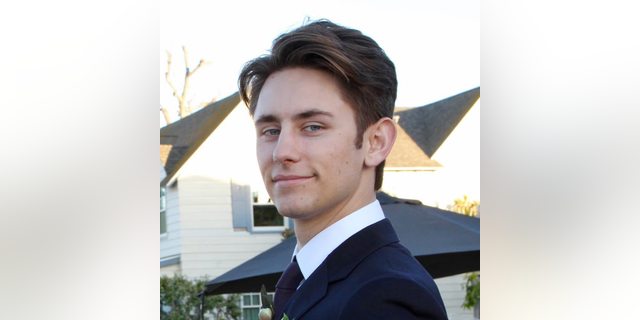 Jack Elliott, who was 19 years old at the time, fell off of a boat on Lake Travis, which is outside of Austin, Texas. Jack, his friends, and his girlfriend were all among the people who were on the boat on Oct. 14, 2019, according to the Orange County Register. (Remembering Jack Elliott/Facebook)

According to the report, the group bought alcohol and took it onto the boat that day, but dumped it out on their way back to shore. In the 911 call to police, Elle Weber identified herself as “Elle Macpherson,” the Australian model and actress, but said in a sworn deposition later that she did not know that was the name of the supermodel.

In December 2019, Texas Parks and Wildlife game warden Ben Echelson released a report with an overview of the incident, according to the report.

It detailed that Delaney Brennan, who was also on the boat, pushed Elliott off from the front.

“Jack Elliott was pushed by Delaney Brennan from the front of a wakeboard boat … operated by Elle Weber under the supervision of Carson Neel,” the Texas Parks and Wildlife report states.

According to the article, Brennan and Elliott were casually flirting during the summer of 2019.

The Texas Parks and Wildlife report also states that Elliott was struck by the boat propeller and killed.

“Jack Elliott was struck by the propeller multiple times and was killed … the alcohol on board was thrown overboard,” the report states.

Some people who were on the boat at the time of the incident gave false statements to law enforcement officers as well, according to the report.

“False statements were given to the officers responding to the accident concerning the events preceding the push and the manner in which Jack Elliott fell into the water,” the Texas Parks and Wildlife report states.

Elliott’s family filed a wrongful death lawsuit in an attempt to get answers from the others who were in the boat when Jack fell off.

Elle Weber, who was driving the boat at the time Elliott fell off, said in a sworn statement, according to the report, that Brennan playfully shoved him.

“Delaney and Jack were at the front of the boat, flirting and kissing. She gave Jack a ‘playful little shove’ and he fell off the boat,” Elle said.

Another person in the boat recalled in an affidavit that Delaney kept saying “He fell. I didn’t mean to push him.”

Carly Martin, who was also on the boat, was the only person who spoke to Elliott’s parents – and told them that their son was pushed off the boat by Delaney.

Brennan was indicted in late 2021 of a felony tampering with evidence charge by aiding in the deletion of cellphone video, and Carson Neel was also indicted on a felony charge of tampering with physical evidence because he allegedly dumped alcohol off of the boat.

Joshua Evans, who was also on the boat, was indicted on a misdemeanor charge because he allegedly furnished alcohol to a minor.