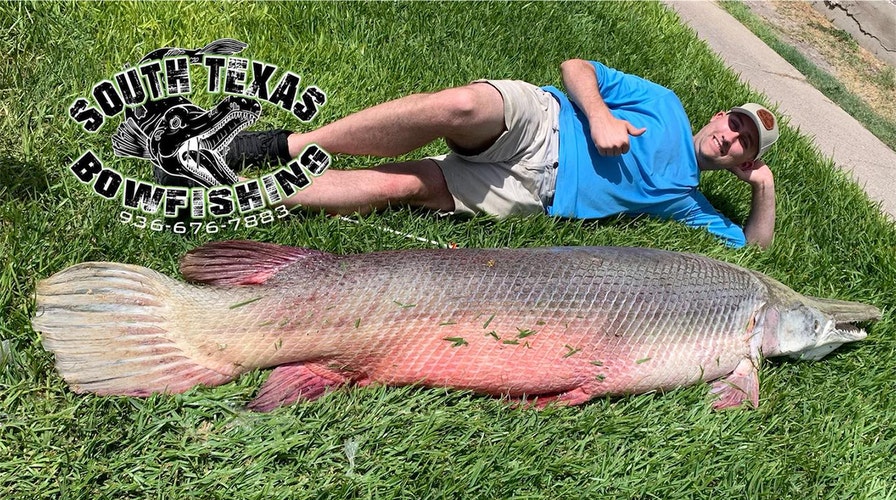 A group of fishermen in Texas reeled in a huge alligator gar last week.

South Texas Bowfishing, a business that offers guided bowfishing tours in the area, posted on Facebook about the massive fish that three customers caught on July 18.

The alligator gar weighed 271 pounds and was measured at 7 feet, 11 inches long and 48 inches around, according to the Facebook post.

“New personal record for South Texas Bowfishing,” the business posted on Facebook. “Had a great group of repeat customers that connected on true once in a lifetime trophy.” 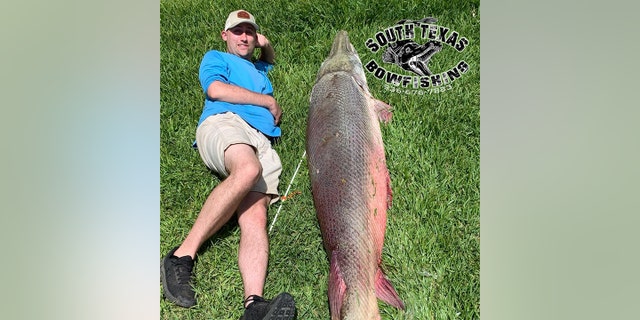 The post ended with: “7’ 11″ giant with a 48″ girth weighing in at 271 pounds. We still have dates available through end of September. Message us and get booked for a great time.” 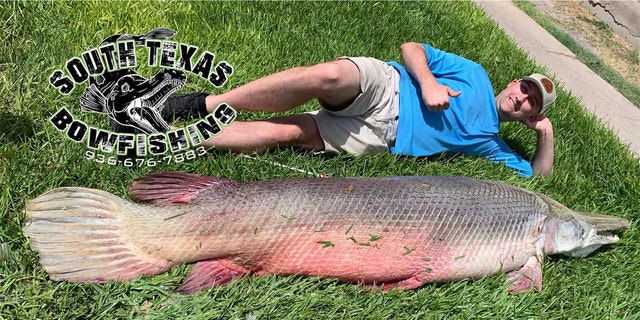 Meshell said it was the largest alligator gar he’s had on his boat. However, the Texas state record for the heaviest alligator gar caught by bowfishing was a 290-pound gar caught in 2001 – just 19 pounds heavier than the one Meshell’s customers caught.

“[It was] definitely an amazing experience for me as a guide,” Meshell told Fox News Digital. “It’s one of my highlights.”

Justin Jordan, who runs Lotus Guide Service in the Galveston, Texas-area, brought a customer fishing in May when they found the black alligator gar.

“The fish started jumping out of the water and going crazy,” Jordan told Fox News Digital at the time. “When we got it over to the boat and it reached the surface, we saw it and it was jet black.” 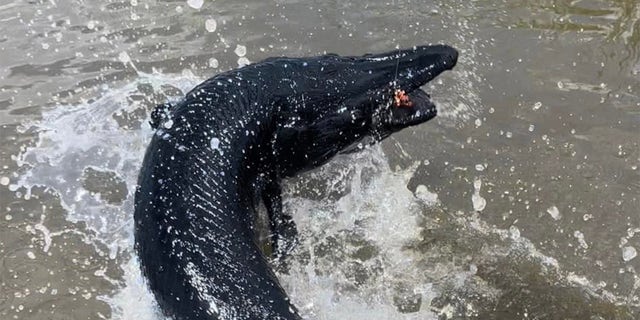 The fish can also grow up to 10 feet long and weigh up to 350 pounds, National Geographic reported.

After Jordan and his client caught the black alligator gar, they took a few photographs and released it back in the water, Jordan told Fox News Digital.

“It was really cool,” Jordan said. “It was special. It’s almost like it was meant to happen, that we were supposed to catch that fish.”