A man in Texas was arrested Monday for his alleged involvement in the pistol-whipping and kidnapping of a 19-year-old victim. 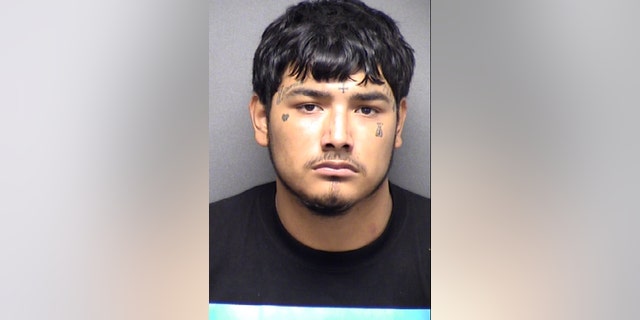 Police were called out to a convenience store on the city’s west side and when they arrived, they found a 19-year-old boy naked and badly beaten.

An arrest report obtained by the TV station says the victim told police he and Hernandez were hanging out when she and Gutierrez accused him of setting someone up. Gutierrez then allegedly pulled out a gun and began beating the victim with it. The victim ended up with a broken nose as a result of the alleged assault.

The two suspects then reportedly stole the victim’s iPhone, brand-name reading glasses, designer shoes and about $600 to $700 in cash.

The victim was then reportedly thrown in the backseat of his own car and told that “if he tried to escape, they would kill him.”

Hernandez and Gutierrez then were reported to have driven to the gas station, stripped the victim of his clothes and dumped him out of the vehicle before driving off.

Investigators were able to find surveillance video that showed the suspects driving to a nearby apartment complex and throwing the victim’s clothing in a creek.

Gutierrez was identified during a photo lineup. He was booked into the Bexar County Jail. His bond was set at $170,000.