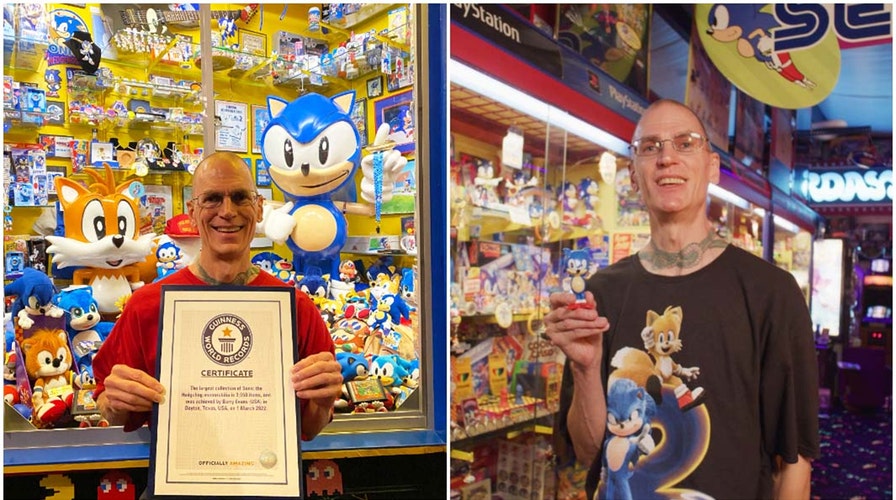 A man in Texas loves Sonic the Hedgehog so much that he broke a world record.

Barry Evans, of Dayton, Texas, has 3,050 items related to the video game series and character.

Last week, he was publicly recognized by Guinness World Records for owning the largest collection of Sonic the Hedgehog memorabilia, according to a press release.

“Sonic the Hedgehog has been my passion for 30 years,” Evans said in a statement.

Evans has been collecting items from the franchise since 1992 when he bought the Sonic the Hedgehog 2 video game, which is Evans’ favorite game, the press release said.

His second item was a Sonic bubble gum container, which he bought in 1993.

“Later I saw a poster and more toys, and I just started decorating my room with it,” Evans told Guinness.

Evans explained why he loves Sonic so much: “He was cool, he’s edgy, he had that wow-ness factor… the hedgehog with attitude.”

Evans also has a mold machine that was used to make plastic Sonic toys that were given out in Burger King restaurants in the U.K., as well as a rare, $1,700 1992 Sonic the Hedgehog and Tails plush walkie talkie set from Japan. 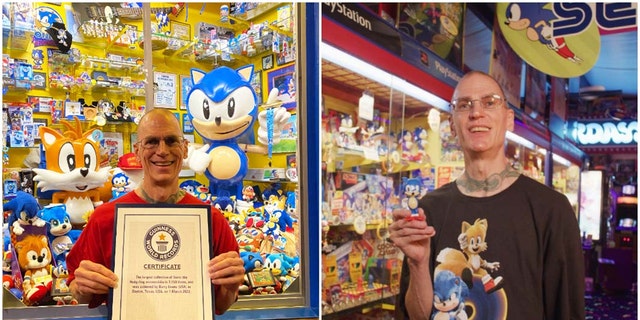 The top items in Evans’ collection are Sonic the Hedgehog and Tails statues, which Evans got from the Toys ‘R’ Us flagship store as they were about to remodel in 2001.

Evans had been in contact with the store managers for years in the hopes of obtaining the statues one day.

“They called and said, ‘Hey, if you want these statues, please come get them now because we’re remodeling,’” Evans recalled. “I slipped out of work and went and picked them up before they changed their mind.”

Evans has also created some of the items in his collection, including an arcade machine that he built in 1993 using his SEGA Genesis video game console to play Sonic the Hedgehog 2. 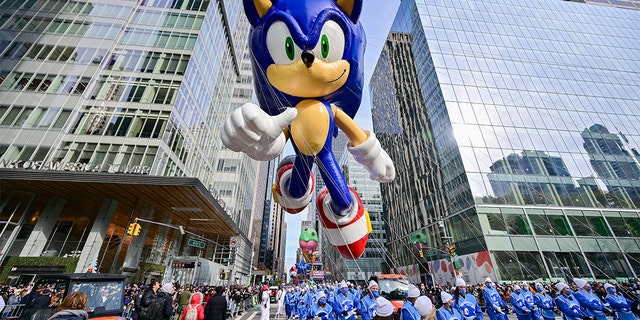 Evans keeps his collection in a 1,650-square-foot room adjacent to his house, which he’s named Yesterdays – Sonic 1992’s game room and museum, according to Guinness.

In order for Evans’ Sonic collection to be verified by Guinness in March of this year, Evans had to count and catalog each item.

But the work paid off in the end.