53 immigrants were ‘left to die’ in abandoned truck in Texas

Four men have been arrested after 53 migrants died when they were abandoned in a tractor trailer on a desolate road in San Antonio on Monday, the U.S. Attorney for the Western District of Texas announced.

The alleged driver of the truck, 45-year-old Homero Zamorano Jr., is facing one count of alien smuggling resulting in death and faces life in prison or the death penalty if he is convicted.

He was found hiding in the brush near the truck on Monday evening after trying to get away from authorities, the U.S. Attorney said. Border Patrol agents later provided surveillance footage of a man who matched Zamorano’s description driving the truck through a Laredo Sector checkpoint.

A law enforcement official told the San Antonio Express-News that Zamorano was “very high on meth when he was arrested nearby and had to be taken to the hospital.”

Zamorano is originally from Brownsville but now lives in Pasadena, a city southeast of Houston.

Authorities conducted a search warrant on Zamorano’s cell phone and found that he allegedly communicated with 28-year-old Christian Martinez about the smuggling operation. 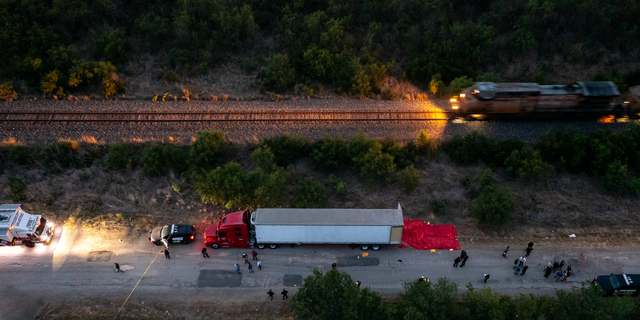 Martinez was arrested in Palestine, about 150 miles north of Houston, on Tuesday and charged with conspiracy to transport illegal aliens resulting in death.

Authorities found 48 migrants deceased at the scene. The other 16 were transported to local hospitals, where five died.

Of the deceased victims, 22 were from Mexico, seven were from Guatamala, and two were from Honduras. Authorities are trying to identify the other 17 migrants. 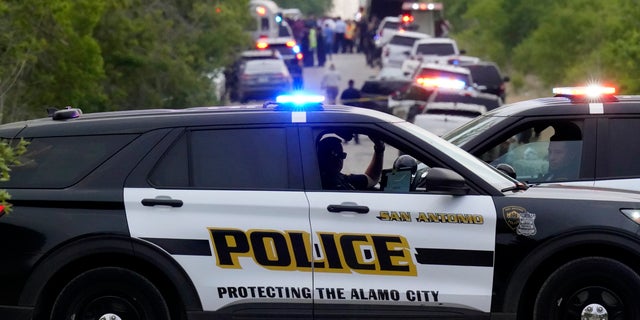 Two other suspects were also arrested in connection with the tragedy after police tracked the registration on the truck to a home in San Antonio.

Juan Claudio D’Luna-Mendez, 23, and Juan Francisco D’Luna-Bilbao, 48, were charged with one count of possession of a weapon by an alien illegally in the U.S. They are both Mexican nationals.