LIVONIA, Mich, and AUSTIN, Texas – EXCLUSIVE: Tuesday marked six weeks since Kaitlin Armstrong became wanted for the murder of top cyclist Anna Moriah Wilson. But as the days – and the news headlines – mount, questions swirl regarding where Armstrong could have gone and how long she’ll be able to evade the authorities.

Armstrong, a 34-year-old Texas transplant, grew up in Livonia, Michigan, a suburb of Detroit. She attended local Stevenson High School, and graduated in 2005.

Yearbook photos paint a picture of Armstrong as a red-headed, athletic teenager who excelled in volleyball and track and field and also briefly played basketball. She was lauded for having the “Best Hair” in the Class of 2005 and moved on to the local community college, Schoolcraft, before attending Eastern Michigan University, according to her yearbook and a LinkedIn page that appears to belong to her.

Livonia boasts a population of around 95,000, according to census records from 2021, and is located 20 miles west, or about a 25-minute drive, from Detroit.

KAITLIN ARMSTRONG THROUGH THE YEARS:

The seemingly innocuous details add to a short list of what the public already knows about the now-34-year-old. So far, officials and records have described Armstrong as a yoga teacher and licensed realtor who had been “known to flip properties.”

She was previously wanted on a misdemeanor warrant. And on May 17, she became known as something new: A murder fugitive. 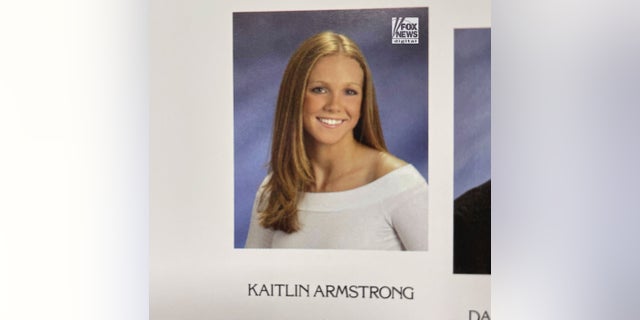 Armstrong is accused of murdering Wilson, who was known as “Mo,” on the night of May 11, 2022, in Austin, Texas. Wilson was fatally shot multiple times in the bathroom of her friend’s home, Austin Police Department officials have said. Her friend made the horrifying discovery and called 911 shortly before 10 p.m.

Wilson was found “lying on the bathroom floor covered in blood,” the police affidavit states. She was pronounced dead just 14 minutes later.

The gruesome crime was carried out inside a modest home, which is set back from the street, shielded by foliage and located within a quiet block. No one who spoke with Fox News Digital on Tuesday said they heard anything on the night of the murder.

Earlier in the night, Wilson had been out with Armstrong’s longtime boyfriend, Colin Strickland. Strickland and Wilson went swimming at Deep Eddy pool in Austin before eating at a local restaurant, officials have said. Strickland then dropped Wilson at her friend’s home, where she was staying at the time, and then left. 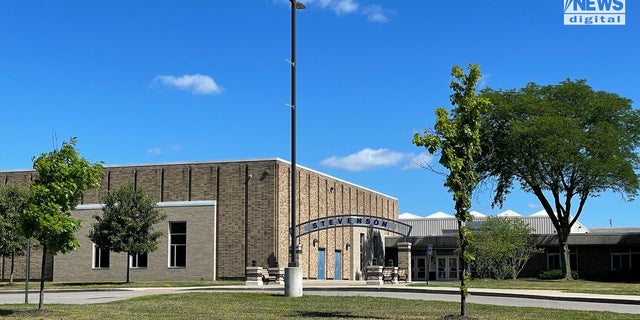 Investigators have said evidence indicates Armstrong followed the pair for at least a portion of their outing. Home surveillance footage from a neighboring residence shows Armstrong’s black Jeep Grand Cherokee – which she later sold – driving past the home just moments after Strickland had left.

Armstrong’s Jeep then “appears to stop next to Wilson’s friend’s residence” just minutes after Strickland had left Wilson, officials said. 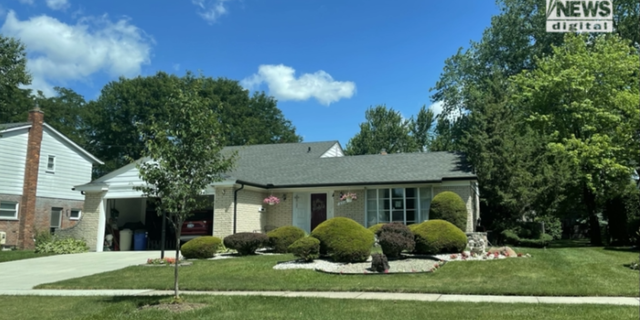 “Video surveillance shows Strickland leaving the area after dropping off Wilson and shows Armstrong’s vehicle driving to the East Austin residence where Wilson was staying,” the warrant states.

Investigators executed a search warrant at Armstrong’s home, which she shares with Strickland, and ultimately confirmed that one of the guns found in Armstrong’s home was the murder weapon: a Sig-Sauer P365 9mm, APD Homicide Det. Richard Spitler previously said.

READ THE MOST RECENT US MARSHALS SERVICE PRESS RELEASE:

Days before the murder warrant was issued, police had interviewed Strickland and located Armstrong, who was arrested for a misdemeanor warrant out of Travis County from 2018. The warrant stemmed from allegations she skipped out on a $650 Botox bill.

An employee at Aesthetica Med Spa in Westlake, Texas, said Armstrong left her maxed out credit card after undergoing the procedure. She allegedly told the desk attendant she would get another card from her car – but never returned.

The warrant gave police a reason to detain Armstrong, and they questioned her in connection with Wilson’s death. Armstrong allegedly remained “quiet and completely still” during the majority of detectives’ interview with her. 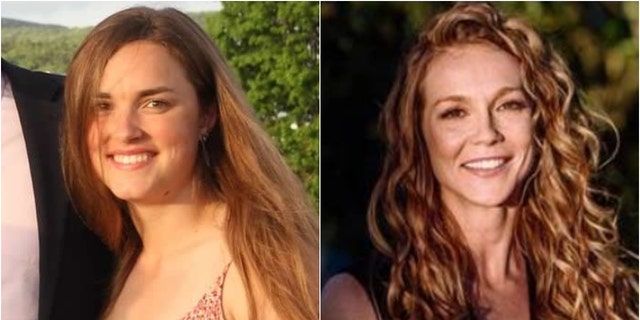 “Armstrong was questioned about her vehicle being in the area as pictured on the Ring camera. However, she would not confirm or deny being in the area of the murder and quickly terminated the interview,” Spitler said.

Armstrong “was then mistakenly released from custody on the misdemeanor warrant” because her date of birth in the department’s report management system did not match the date of birth on the warrant, he said.

The affidavit adds: “When Armstrong was confronted with video evidence of her vehicle, she had no explanation as to why it was in the area and did not make any denials surrounding the statements presented to her.” 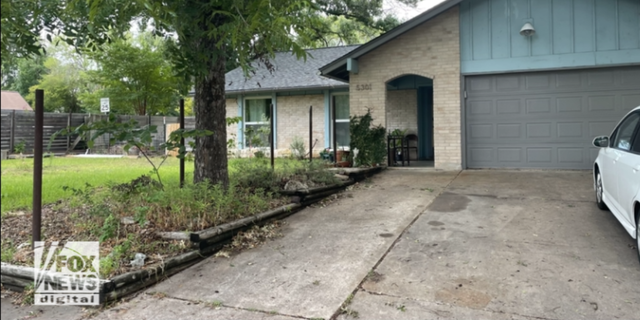 But when a detective confronted her about how Wilson was with Strickland, she “turned her head and rolled her eyes in an angry manner” before she stated that she “didn’t have any idea that he saw or even went out with this girl… as of recently,” the affidavit further states.

When one detective suggested that Armstrong might be “upset and just in the area,” Armstrong allegedly “began to nod in agreement.”

The affidavit also describes how Armstrong had been previously aware of Wilson’s connection to Strickland. 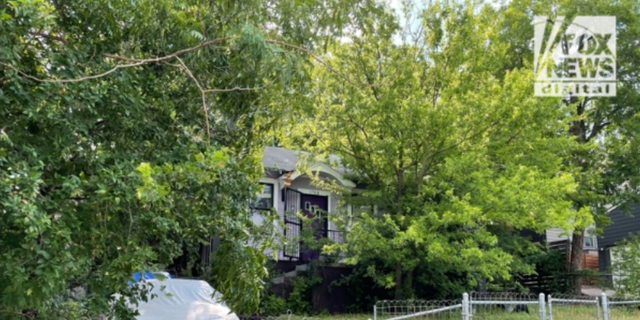 The home where Moriah Wilson was gunned down on May 11, 2022.  (Fox News Digital/Michael Ruiz)

Strickland allegedly told police that he deleted text messages and went as far as hiding Wilson’s name in his phone to prevent Armstrong from blocking “Wilson’s number in Strickland’s phone.” 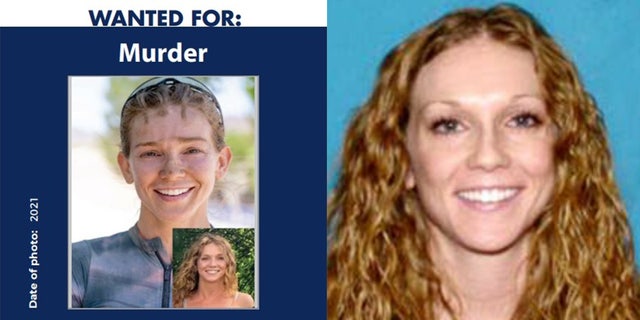 “Strickland advised that while he and Wilson were dating, Armstrong called Wilson on the phone, telling Wilson she was the one dating Strickland,” the affidavit states.

The document later describes how one anonymous tipster said Armstrong “told Wilson she was with Strickland and needed to stay away from him.”

A different anonymous caller allegedly told APD she was with Armstrong in January 2022, when Armstrong “had just discovered Strickland was having a romantic relationship with Wilson even though Armstrong and Strickland were still dating.” 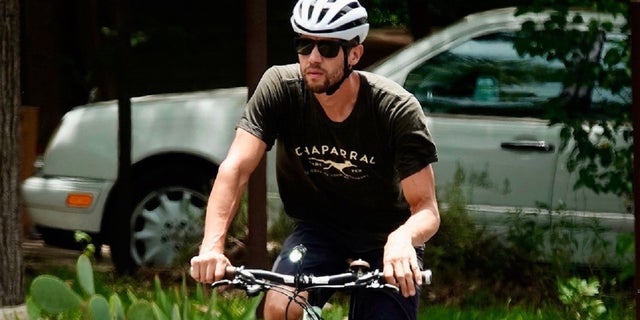 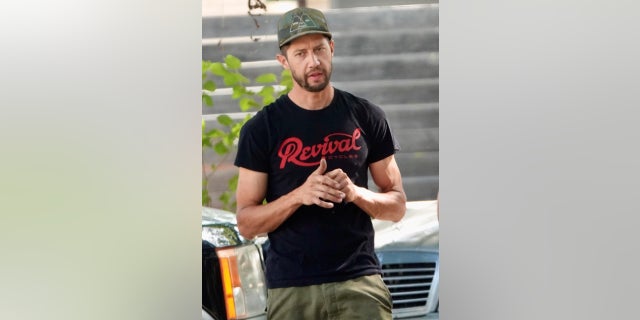 On May 14, three days before she became wanted for murder, Armstrong traveled from Austin International Bergstrom Airport to New York’s LaGuardia Airport. She allegedly boarded Flight #WN2262 from AIBA to Houston Hobby Airport at 12:30 p.m. local time, and then took a connecting flight via Southwest Airlines Flight #WN30 to New York.

Investigators later revealed that Armstrong “was dropped off at the Newark Liberty International Airport May 18, a day after Austin police obtained a warrant for her arrest.” But her name was not linked to any of the outbound flights from Newark airport at the time, Marshals said. 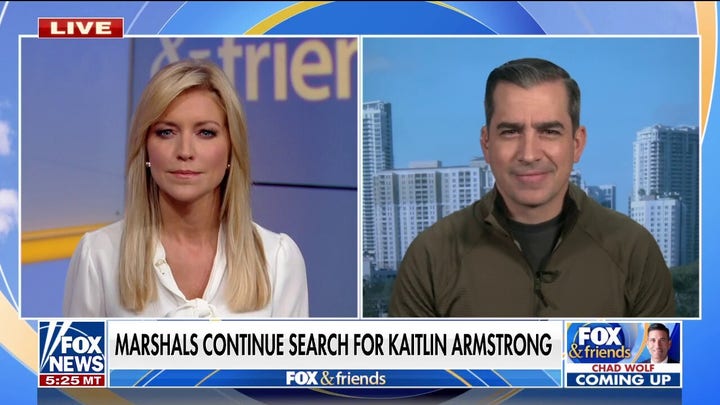 And earlier this month, Fox News Digital spoke with a camper at a secluded, sweeping property known as “Camp Haven” or “Haven for Humanity” in Livingston Manor, New York. The camper confirmed not only that Armstrong’s sister, Christine, lived there, but also that agents with the Marshals Service had been there to speak with the sister.

He also revealed that Kaitlin Armstrong had recently stayed there.

“She was [here] a while back,” he said. “Right before the whole thing blew up.” 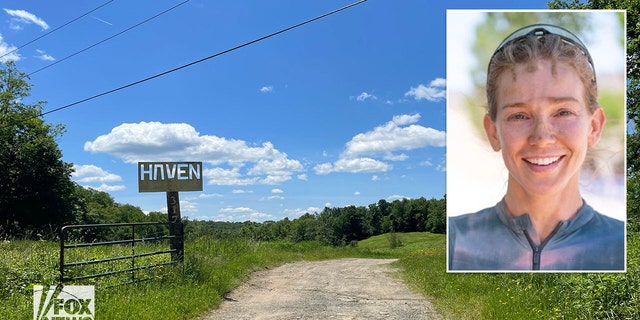 The Livingston Manor address appeared on property records in connection with Christine Armstrong, 31, on May 17, a source told Fox News Digital. The campsite is about a 2-hour, 20-minute drive from Newark Liberty International Airport and is roughly the same distance from LaGuardia Airport.

Marshals confirmed that they were aware of the location as part of the manhunt but stopped short of confirming the camper’s account.

Investigators have since revealed that Armstrong sold her black Jeep Grand Cherokee, which was spotted near the crime scene around the time of Wilson’s shooting death, on May 13 – one day after she was questioned and released by Texas authorities. She allegedly sold the SUV through a CarMax dealership in Austin and made off with a check for $12,200.

The CarMax location, which is under a mile away from Armstrong’s home, is currently selling Jeeps similar to Armstrong’s for upwards of $30,000.

In addition to the murder count for which she was originally wanted, Armstrong was charged federally on May 25 with unlawful flight to avoid prosecution. The reward for her capture has climbed to $21,000, officials said.

Armstrong’s sister did not respond to Fox News Digital’s multiple requests for comment. Her parents declined to comment when reached on Monday.

Authorities describe Armstrong as White, 5 feet, 8 inches tall and weighing about 125 pounds. She has hazel eyes and was last seen with long, curly hair wearing a blue denim jacket and white jeans.