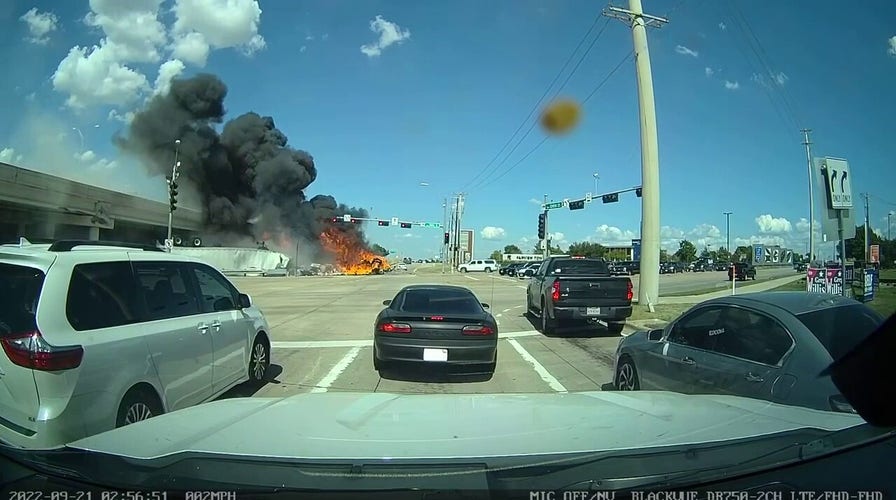 A driver recorded a fiery crash that left the driver of an 18-wheeler dead in Texas. The video shows the big rig going over an overpass’s concrete barrier and landing on a road below.

The man behind the wheel of an 18-wheeler that flew off a freeway overpass in north Texas before the truck burst into flames has been identified.

Gustavo Rodriguez Gomez, 71, was the driver of the tractor-trailer at the Fairview-Allen border around 3 p.m. Tuesday, the Collin County Medical Examiner confirmed to FOX 4.

Video captured by another driver who wishes to remain anonymous shows the truck flipping over a concrete guard rail on US-75 near Stacy Road.

Allen police say the big rig collided with another vehicle while heading north on 75, causing the 18-wheeler to fly off the right side of the overpass. 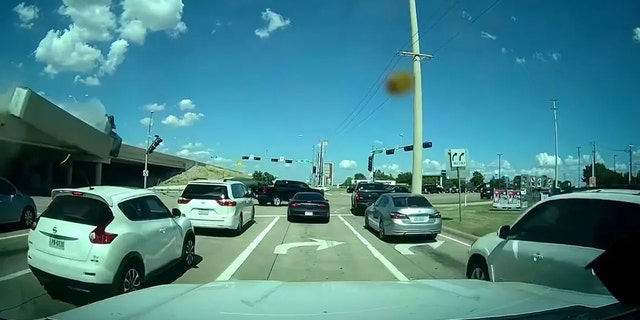 Screenshot of a Texas driver’s captured video of an 18-wheeler flying off a freeway overpass before bursting into flames.

Gomez died on scene. No one else was injured.

“Gomez’s wife, Helen Torres, told WFAA Wednesday afternoon that her husband had been delivering mail for the USPS to Missouri. She said that he had driven for Bancroft and Sons Transportation and that the company had been contracted to make the delivery,” the TV station reports.

Torres added that her husband had been driving with the company for nearly 21 years.

Bancroft and Sons Transportation has reportedly offered to pay for Gomez’s funeral.