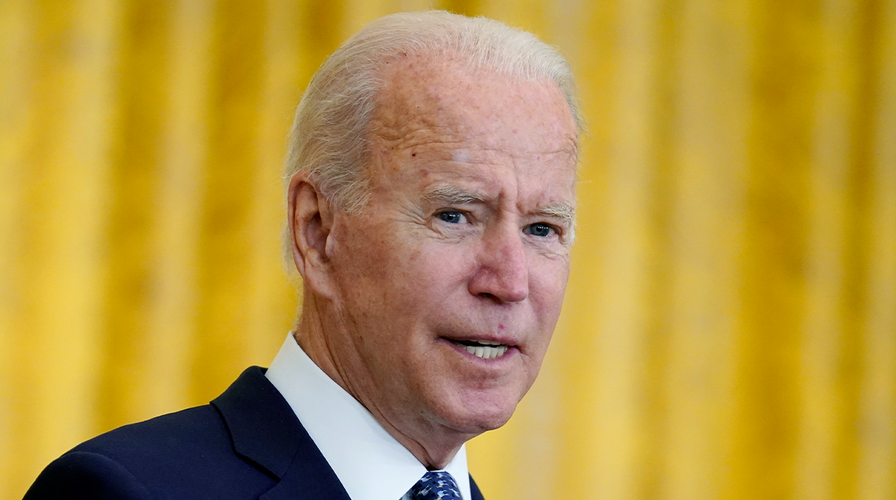 The president pardons the National Thanksgiving Turkeys "Chocolate" and "Chip" at the White House.

Thanksgiving and the holiday season are a time when people may warn against political discussions as a way to avoid dinner table blow-ups.

However, researchers at the University of Pennsylvania have found that complete avoidance might not be necessary if dinner attendees take time to understand each other’s “primal world beliefs” when conversing about politics.

Jeremy “Jer” Clifton, a senior research scientist at the University of Pennsylvania’s Positive Psychology Center, told Fox News Digital that primal world beliefs, or “primals” for short, are a category of “extremely basic beliefs about the world as a whole.”

Clifton and his colleagues recently published a paper on primal world beliefs in the context of politics – an avenue of study that belief researchers hadn’t studied in depth.

AT THANKSGIVING, AVOID THESE HOT-BUTTON CONVERSATION TOPICS TO PREVENT ARGUING AT DINNER 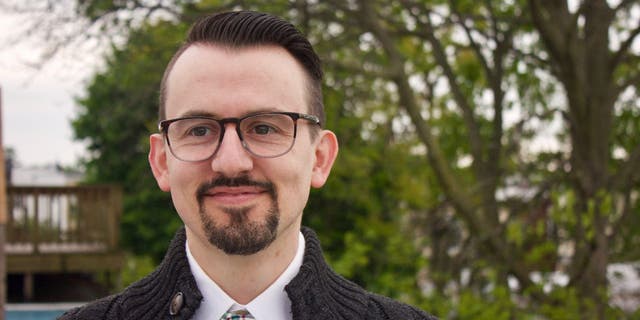 Prior established research has suggested that there are 26 primal world beliefs, but the top three revolve around the belief that the world is or isn’t safe, enticing and alive.

“I didn’t come up with safe, enticing and alive,” Clifton said during a phone interview on Tuesday, Nov. 22. “It emerged from the data, and now it’s replicating across different groups, different cultures and different samples.”

Clifton and his team also analyzed 80,000 tweets that presented world and life views.

THANKSGIVING: 12 FUN FACTS ABOUT THE HOLIDAY TO DISCUSS DURING DINNER

“What’s interesting is people are actually really bad at actually knowing the primal world beliefs of different groups,” Clifton said. “So, if you ask a lot of conservatives, and if you ask a lot of liberals, both sides think the other side thinks the world is a bad place.” 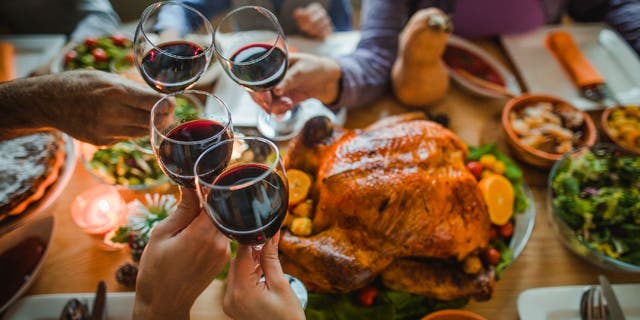 Thanksgiving is a time when many say politics shouldn’t be discussed in order to keep the peace among family and friends.
(iStock)

“What we found is that the belief [that] the world is a dangerous place is one of the least important primal world beliefs when you try to understand the left and right,” Clifton said. “It’s really hard to find someone who sees the world as an objectively ugly, dull place.”

He continued, “The belief of the world is safe, enticing and alive correlate with each other, and together they make up the general belief that the world is a good place.” 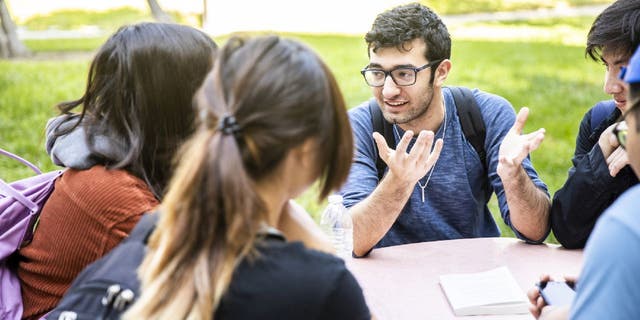 Researchers have found that people generally view the world as “safe” or “dangerous,” according to Clifton. 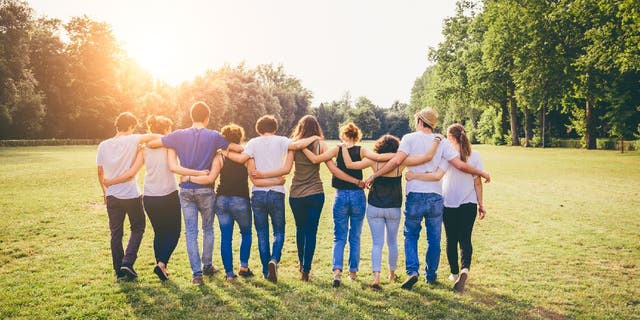 The safe world belief comes down to whether a person sees the world as safe or dangerous.
(iStock)

People who have a safe worldview see life as cooperative, comfortable and stable, whereas people who have an opposite viewpoint see the world as a place filled with misery, decay and brutality.

“The belief that the world is a safe place versus a dangerous place is about threats of all types. Germs, instability, crime, [and hurtful things] like [a family member] calling you names, all of [these negative factors are] involved in that.”

People who have an “enticing” worldview see life as attractive or alluring versus “dull,” Clifton explained.

“This is the belief that the world is a place that’s beautiful, interesting, funny and meaningful. It’s not really related to pleasure, but engagement,” Clifton said. 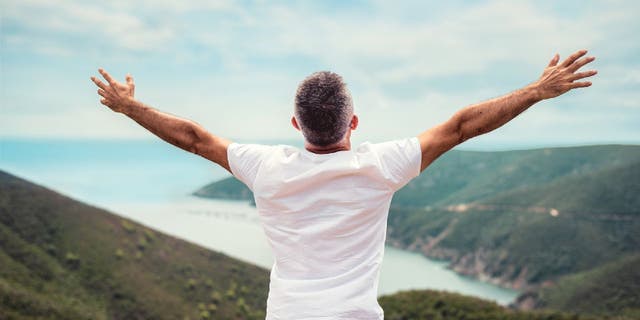 The enticing world belief comes down to whether a person sees the world as beautiful or dull.
(iStock)

“Pleasure is actually more involved with the belief that the world is a safe place versus a dangerous place because if the world’s a safe place, it’s a place where you can avoid being miserable,” he continued.

PASTOR ROBERT JEFFRESS: FAITH WILL ALWAYS BE A ‘KEY ISSUE’ IN POLITICS

The “alive” world belief means when people view life and world events as having a deeper meaning rather than being “indifferent” or “mechanistic,” according to Clifton.

Those who view the world as alive see an “intentional” and “purposeful” relationship with an active universe that carries out plans, reacts to individual actions and communicates its will and desires, Clifton explained. 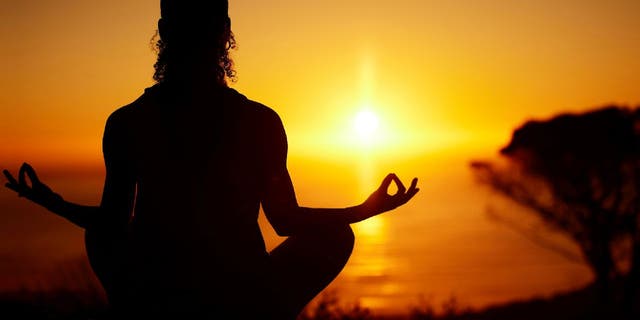 The alive world belief comes down to whether a person sees the world as active and intentional or indifferent and random.
(iStock)

“[For example,] an atheist friend of mine who will plan a picnic and then if it rains, they’re like, ‘OK, it’s a sign from the world that I need to call my mom and make up for that fight that we had this morning,’” Clifton added.

THANKSGIVING QUIZ! HOW WELL DO YOU KNOW THESE SURPRISING FACTS ABOUT THE ANNUAL HOLIDAY?

People who view the world as mechanistic see life as “indifferent” and “random,” and often themselves as an Interchangeable part of a “mindless machine” that has “no plans or desires,” according to Clifton.

Thinking of the 3 primal world beliefs could help 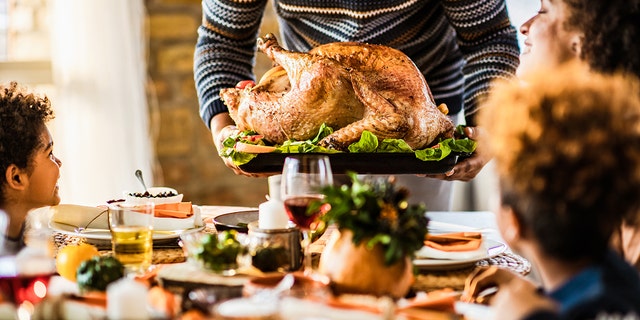 Thanksgiving is a holiday that brings families together for traditional feasts.
(iStock)

Empathy, cooperation and respect are key to seeing the world from another perspective, Clifton told Fox News Digital.

“In these politically polarized times, there’s less appetite for doing so,” Clifton said. “We all want our side to win.”

People who view the world as safe will often try to assuage and allay fears if they come into contact with someone who thinks the world is a dangerous place, Clifton explained.

However, the new primal world belief research paper that covers politics has found that varying political ideology largely takes shape depending on whether a person views the world as hierarchical or non-hierarchical. 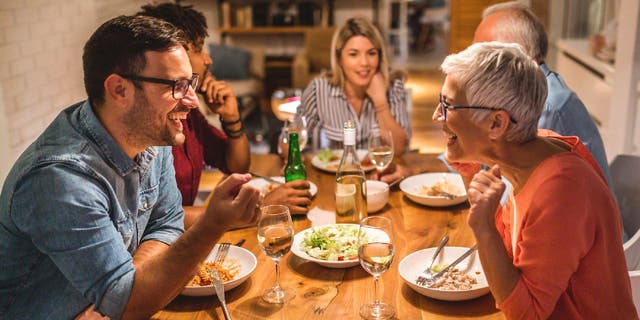 One group tends to view differences as a hard line in the sand that commands respect and asks that the drawn line be preserved.

Clifton said this way of thinking is usually favored by conservatives while liberals tend to see the world as “a place full of differences” with “superficial and arbitrary lines in the sand.”

“[For example,] we could talk about lines between the rich and poor, between men and women,” Clifton noted. “A lot of the debate on trans rights could well come down to these fundamental assumptions we have about whether the world is a place where differences really matter.”

Understanding worldviews on opposite sides of the political aisle can help people navigate sensitive discussions respectfully on Thanksgiving, other holidays and daily life, according to Clifton.

“We can disagree and yes, we can debate, but we can also recognize that all that any of us can do is act on the basis of what we believe to be true,” Clifton said. “And we can realize that if we saw the world in a different light, we too might be more liberal, or we too might be more conservative. It’s an exercise in being patient with the other side.” 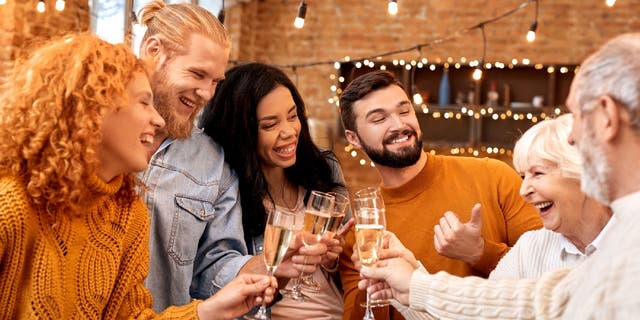 Having a positive outlook on the world and life isn’t definitively linked to income or socioeconomic background, according to primal world belief researchers.
(iStock)

So far, the assumption that wealthy people or people who live in high-income zip codes have a more positive view of the world because they’ve “probably had an objectively good and abundant life” hasn’t been proven to be true, Clifton said.

“I’m hopeful because once we can get past that and actually really deeply start to care again and want to understand,” Clifton told Fox News Digital. “I think we’ll find that our primal world beliefs help make a lot of sense of why we do the things we do.” 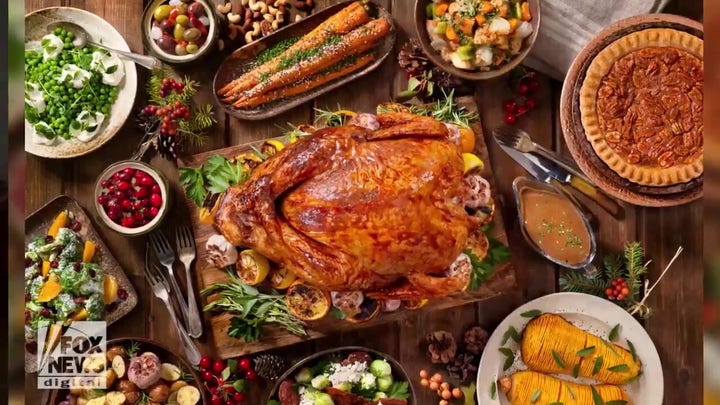 “Do I have empirically tested ways of changing these beliefs? No, I do not,” he said. “Down the road, maybe there will be ways to productively discuss what these primal world beliefs are and try to change them.”

He went on, “[The research is] on the way. But, I think that just knowing that these beliefs exist, and you have options can be helpful.”