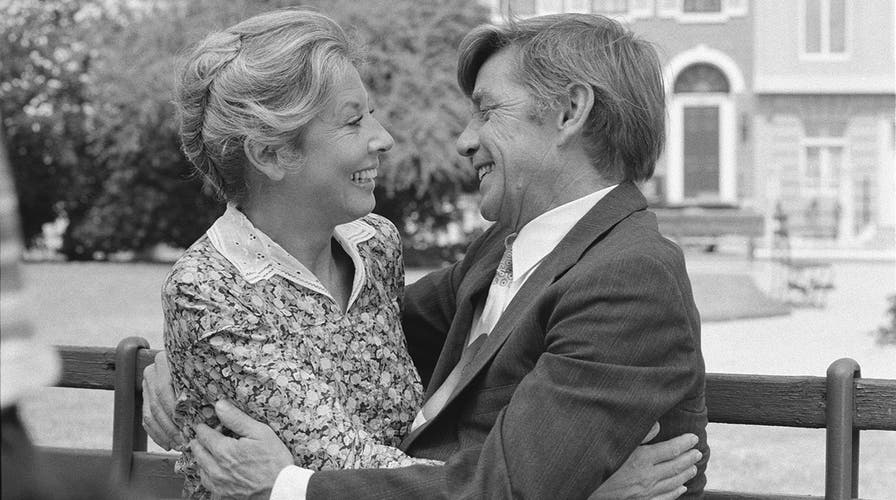 Michael Learned of ‘The Waltons’ fame discussed how the beloved series saved her life and dishes on her new short film ‘Second Acts.’

Ralph Waite was determined to make an unforgettable impression on his TV wife Michael Learned.

It was 50 years ago that “The Waltons,” a series about a family in rural Virginia during the Great Depression and World War II, premiered in 1972. The surviving cast is reuniting at The Hollywood Museum on Nov. 17 to meet with fans and help showcase an exhibition celebrating the show’s legacy.

Waite starred as the beloved, but no-nonsense family patriarch John Walton Sr. On set, however, he was a prankster who was not shy about letting his hair – or pants – down.

“Ralph and Will Geer [‘The Grandfather’] loved exposing their butts,” Learned told Fox News Digital about the actors’ eagerness to moon the cast. 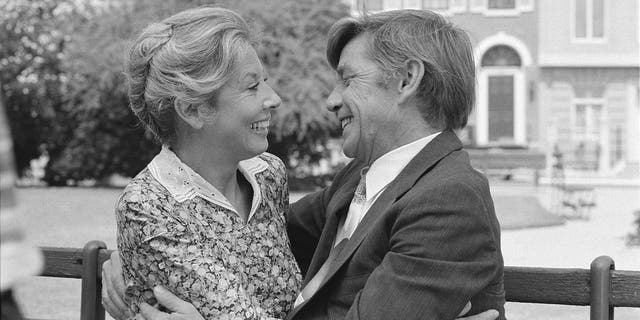 Michael Learned, left, as Olivia Walton and Ralph Waite as John Walton in "The Waltons," circa 1978.
(Photo by CBS via Getty Images)

“I would run screaming into the night,” she chuckled.

Waite passed away in 2014 at age 85. Learned previously admitted that their on-screen chemistry was the real deal. In 2019, it was reported that Learned and Waite “were in love” off-screen. However, the pair did not pursue a romance.

“I loved him very much,” she explained. “And we loved each other as much as anybody could love anybody. We never slept together. But our love was so deep and spiritual. And you know, Ralph would put me in my place when he thought was being an a–hole. He didn’t make any bones about telling me to shape up. And it was the same with me.” 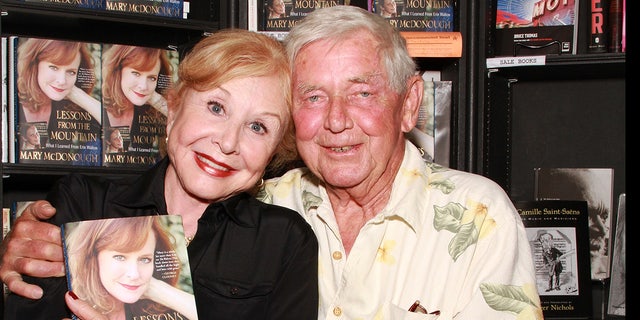 Actors Michael Learned, left, and Ralph Waite attend the signing of Mary McDonough’s book "Lessons From the Mountain: What I Learned From Erin Walton" at Book Soup on April 16, 2011, in West Hollywood, California. Waite passed away in 2014 at age 85.
(Getty Images)

“But I just couldn’t bear it whenever we had a disagreement,” she shared. “If we weren’t getting along, I couldn’t stand it. I remember once we had a spat about some stupid thing. I just had to go knock on his dressing room door. I was crying. Just in tears. I told him, ‘We have to make up because I can’t shoot this scene if we’re still mad at each other.’ And of course, he would just open his arms up and hug me. We were truly family, with all the ups and downs that come with it, except there was no prior baggage.” 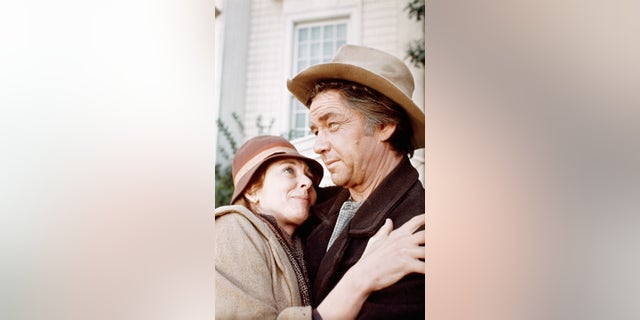 Actress Michael Learned, left, said she developed a close-knit bond with her co-star Ralph Waite. "We were lovers, not physically, but emotionally and spiritually," she previously told Fox News Digital. "We adored each other. We were like a married couple without all the baggage that you get when you’re in a marriage."
(Getty Images)

When “The Waltons” made its debut on CBS, it competed against Flip Wilson’s variety show and “Mod Squad.” By the second season though, “The Waltons” drove its competitors off the air. It lasted for nine seasons and produced six made-for-TV movie sequels. In 1992, years after “The Waltons” ended in 1981, President George H.W. Bush said he wanted to “make American families a lot more like the Waltons and a lot less like the Simpsons.”

However, despite its popularity, Learned made her exit in 1979.

“I used to complain about my character Olivia,” Learned explained about playing the show’s matriarch. “I used to say, ‘Can’t you give me something else to do other than pour coffee and say, ‘Sit up straight, John-Boy?’ I don’t need to have lines. I just need to have an attitude. I needed a reason to be in the scene. I was told [by the director], ‘We don’t really need a reason. We just want to know that mom’s around.’ I said, ‘But that’s going to kill me as an actor.’ Looking back on it, they really did go out of their way to give me something to do, a reason to be in the scene. And now, I think they did a remarkable job. Everyone was just wonderful to me. But… I think it was the right decision for me [to leave] at the time.”

For Learned, leaving behind her TV family was not easy. 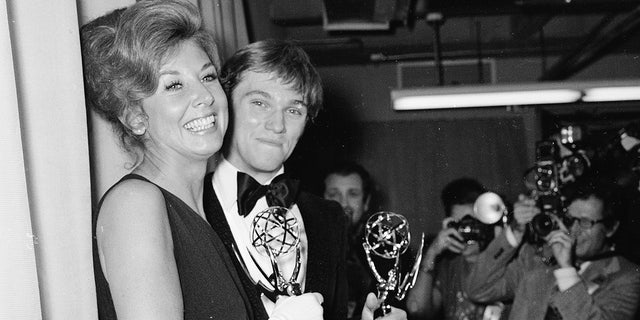 “I just cried,” she reflected. “I remember just staring at a photo of the cast, the crew, all the kids just standing there smiling. I just became undone. I wept. I used to wake up having dreamt that we were taking that cast photo again. Every year, at the beginning of the season, we would all take a cast photo. And I dreamt that they wouldn’t let me be in it. I’d wake up and start crying. It was a very emotional time for me.”

Learned said that over the years, she has met countless fans across the country who found solace in the series.

“I remember I used to visit a lot of hospitals when the show was on the air,” she said. “There was one veteran’s hospital and a lot of these young kids had come back from Vietnam. I remember talking to one really unresponsive guy. He was almost rude. And I didn’t blame him for it. After everything he went through, he was probably thinking, ‘Who is this blonde chick and why is she talking to me like a five-year-old?’ I remember I left his room because I felt like such an intruder. A nurse came running after me telling me, ‘Please come back. He had no idea you were the mother from ‘The Waltons.” I went back, and he was just sobbing in his bed. He looked at me and said, ‘You were the mother I never had.’” 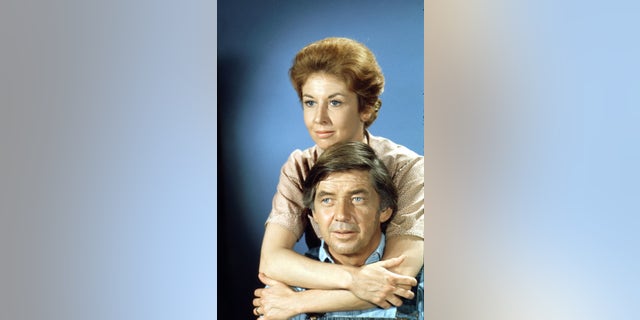 Despite the popularity of "The Waltons," Michael Learned made her exit in 1979. The show ended in 1981.
(Getty Images)

“When I look back, I think about the people who watched the show, those who were also going through financial hardships,” Learned continued. “Those who had unhappy childhoods. They tuned in because it made them feel good. And when we started, none of us thought we would stick around. We used to joke that we were just going to be around for a week or two. And then, it was going to be all over… But then, we were part of the Thanksgiving Day parade. Ralph and I just looked at each other. He said, ‘You know what? This show’s a hit.’ People were just screaming for us. And it was thrilling.”

The cast has remained close over the years. Learned described them as “my second family.”

“We spent more time together shooting the show than we did with our own families,” she said. “So of course, we became close. I love them. And it makes us feel good that the show continues to hit home. So many people come up to me, even today, and say, ‘Watching ‘The Waltons’ was the only time I felt safe for an hour.’ Others tell me it reminds them of their childhoods when life was sweeter and more innocent. We’re proud of our work.” 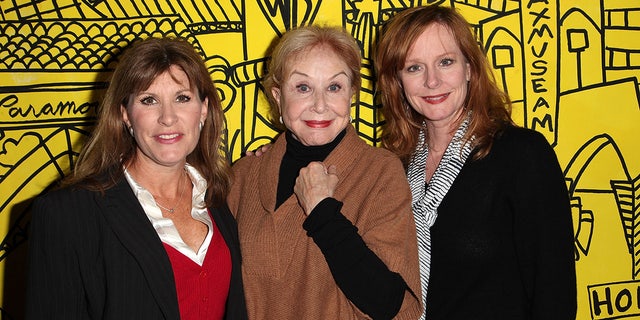 Today, Learned is as busy as ever. She recently starred in Ryan Murphy’s “Dahmer – Monster: The Jeffrey Dahmer Story” about the serial killer for Netflix.

“I feel privileged that at 83, I’m still working,” she said. “I’m much more grateful now than I was back then. I think as you get older, you get a little wiser and a lot more humble.”