A 29-year-old woman’s ex-husband reportedly traveled from Georgia to her home in Chicago to kill her and himself in an apparent murder-suicide after she posted about the failed marriage on social media, according to local reports.

An incident report from the Chicago Police Department (CPD) states that police responded to the 200 block of East Ohio Street in Chicago on July 18 around 4:30 p.m., when they located Raheel Ahmad, 36, and his Pakistani-American ex-wife, Sania Khan, both deceased with gunshot wounds to the head.

An apparent friend of Khan’s described the 29-year-old as a “light that outshined all of us” in a Facebook post.

“You were stepping into the next chapter of your life when you left us, and I hope that wherever you are this next chapter brings you the happiness and success you were always wanting,” Grant Townsend Moore wrote on July 19. 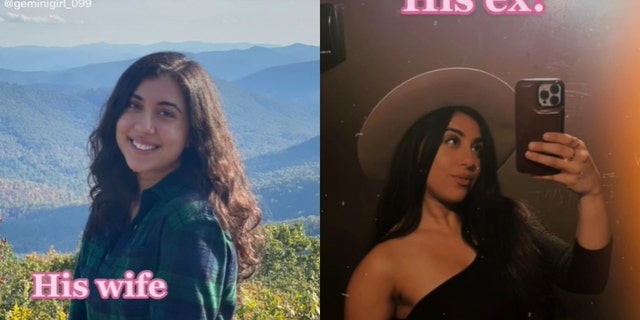 Chicago police located Raheel Ahmad, 36, and his Pakistani-American ex-wife, Sania Khan, both deceased with gunshot wounds to the head on July 18. (TikTok)

Police in Alpharetta, Georgia, where Ahmad lived at the time of their deaths, asked the CPD to conduct a wellness check on the 36-year-old after his family apparently reported him missing from the Atlanta area, according to a police report obtained by the Chicago Sun-Times.

A Georgia officer also alerted CPD that the pair were “going through a divorce,” and Ahmad had traveled to Chicago “to salvage the marriage.’

Prior to the apparent murder-suicide, Khan had been posted uplifting videos on TikTok about escaping a toxic marriage and moving on with her life.

“Going through a divorce as a South Asian woman feels like you failed at life sometimes,” she wrote in one video from last month. “The way the community labels you, the lack of emotional support you receive and the pressure to stay with someone because ‘what will people say’ is isolating. It makes it harder for women to leave marriages that they shouldn’t have been in to begin with.”

KAYLEE JONES, 16, MAY BE IN ‘DANGEROUS SITUATION’ AFTER TALKING WITH STRANGERS ONLINE, EXPERT SAYS

In another recent post showing off a new tattoo of the Roman numerals for the number 28, she said 28 was the year she got married, filed for divorce, and “almost died.” Other posts signaled a lack of support from her family over her life choices.

Khan’s friends and teachers in Chattanooga, Tennessee, created the Sania Khan Memorial Scholarship in her memory after the 29-year-old’s death.

Carmen Valler, one of Khan’s former teachers, remembered her as “a beacon to many communities” in a statement Khan’s friend Coraleigh ONeal posted to Facebook.

“CSAS is grieving mightily as we remember our beautiful, brilliant, and curious girl! It is no surprise to those of us who taught her that she spent her life recording the beauty in others’ lives; her talent has always been celebrating the joy and radiance of others,” Valler said.