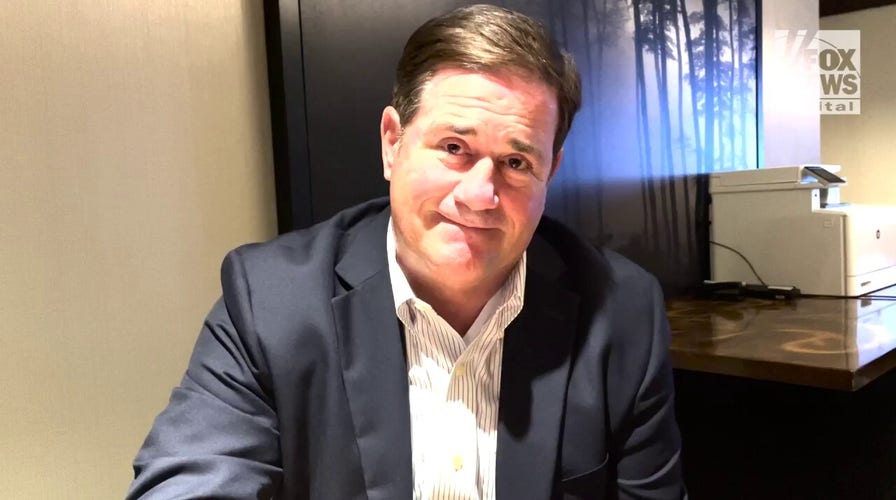 Republican Gov. Doug Ducey of Arizona speaks on Trump’s impact on the primaries

Republican Gov. Doug Ducey of Arizona speaks on Donald Trump’s impact on the primaries with Fox News Digital on July 13, 2022 in Portland, Maine.

An Arizona GOP gubernatorial candidate backed by Donald Trump shared a post on Facebook stating that Trump was “Not My President” just days before the former president’s inauguration in 2017.

The anti-Trump post from Kari Lake’s account read, “Will you be protesting the inauguration? If so, which of these suggestions will you adopt? Will you boycott TV coverage? Wear black? Donate money the ACLU, NAACP or Planned Parenthood? Use the hashtag #NotMyPresident? Will you unfollow Donald Trump?”

After Fox News Digital requested a statement from the Kari Lake for Governor campaign, the post disappeared from her page.

Lake is currently in a heated primary for the GOP nomination, which pits Trump against his former vice president, Mike Pence, who endorsed Lake’s top primary opponent, Karrin Taylor Robson. 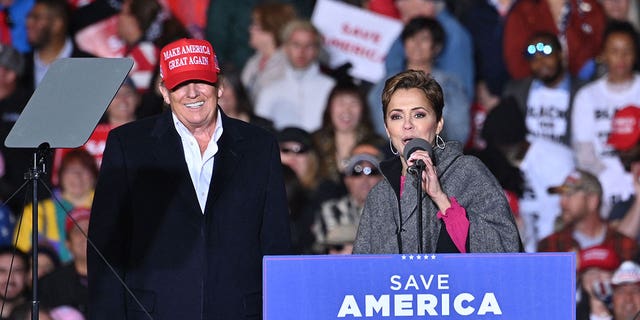 The Facebook post was accompanied by a meme that appears to have been sent to Lake by one of her Facebook followers. The meme referred to Trump’s Inauguration Day as a “National Day of Mourning and Protest.”

Lake has recently expressed that she believes the 2020 presidential election was “stolen” from the former president. 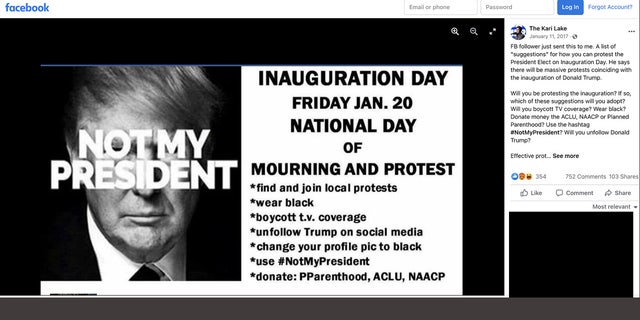 Kari Lake, who has Trump’s endorsement in the Arizona GOP gubernatorial primary, posted an apparently anti-Trump image on Facebook during the 2017 inauguration. (The Kari Lake/Facebook screenshot)

Democrats have also gotten involved in the Republican primary. Last week, the Arizona Democrat Party sent out an email thanking Robson for her contributions to the party and helping Democrats get elected over the years. Robson’s campaign told Fox News Digital that they viewed the Democratic involvement as an apparent attempt to persuade voters to vote for Lake, who the Robson campaign believes would be the weaker candidate in the general election. 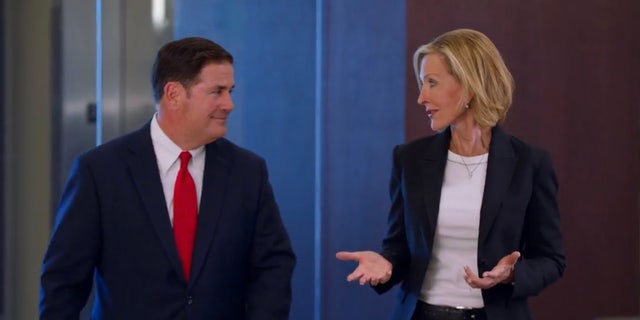 This Friday, Trump and Pence are scheduled to speak at competing events in Arizona to support their endorsed candidates.

Arizona Secretary of State Katie Hobbs is among the Democratic candidates seeking to advance to November’s midterm election.