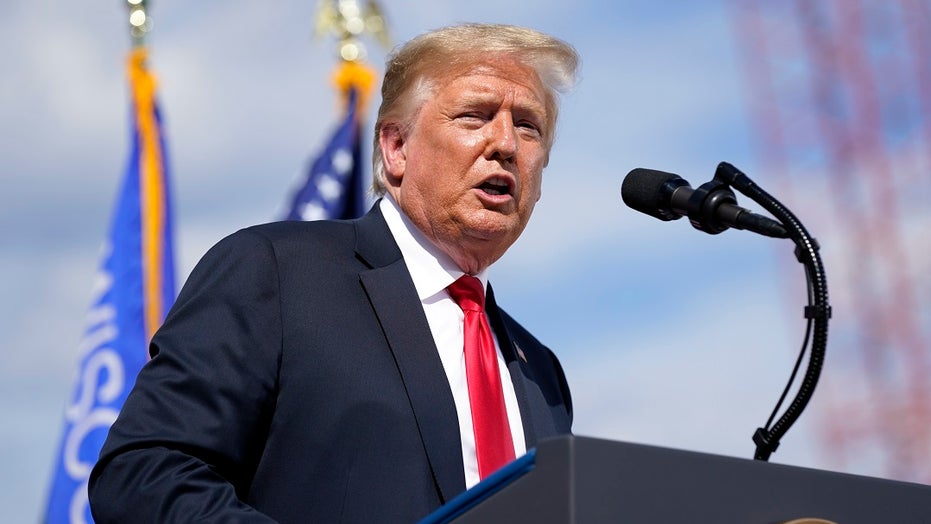 President Trump touted a Supreme Court Tuesday ruling which struck down a state ban on taxpayer funding for religious schools, calling it a “historic win” for school choice.

“Today’s SCOTUS ruling is a historic win for families who want SCHOOL CHOICE NOW!” Trump tweeted. “#SchoolChoice is a civil rights issue, and no parent should have to send their child to a failing school. I will continue to fight for School Choice and will always defend Religious Freedom!”

Earlier this month, Trump called school choice the civil rights issue "of all-time in this country.”

Speaking to reporters while announcing an executive order on law enforcement reform, Trump said: “We’re fighting for school choice, which really is the civil rights [issue] of all-time in this country. Frankly, school choice is the civil rights statement of the year, of the decade and probably beyond. Because all children have to have access to quality education.”

"A child’s ZIP code in America should never determine their future, and that’s what was happening," he continued. "All children deserve equal opportunity because we are all made equal by God."

Tuesday's ruling is a victory for school choice proponents and some conservative religious groups who had challenged the provision in court. Montana's program was similar to many across the U.S., and other states have proposed tax-credit scholarship programs but not passed them due to confusion about their legality.

In the 5-4 ruling, the court essentially backed a Montana tax-credit scholarship program that gave residents up to a $150 credit for donating to private scholarship organizations, helping students pay for their choice of private schools. The state's revenue department made a rule banning those tax-credit scholarships from going to religious schools before the state's supreme court later struck down the entire program.

“A State need not subsidize private education. But once a State decides to do so, it cannot disqualify some private schools solely because they are religious," Chief Justice John Roberts wrote in the court's opinion.

Under the program, a family receiving a scholarship originally could use it at any “qualified education provider,” which the court’s opinion noted means “any private school that meets certain accreditation, testing, and safety requirements." The Montana Department of Revenue, citing the state constitution, then changed the definition of "qualified education provider" to exclude those "owned or controlled in whole or in part by any church, religious sect, or denomination."

That decision, which the state attorney general disagreed with, was based on a "no-aid" clause in the state's constitution, which bars the state from giving aid to schools “controlled in whole or in part by any church, sect, or denomination."

Parents of children attending a religious private school sued, and a lower court ruled in their favor, holding that the tax credits did not violate the state constitution because they were not appropriations made to religious institutions. The state supreme court overruled that decision and ordered the entire program to be scrapped.

Trump and Education Secretary Betsy DeVos have long called on Congress to pass a plan for “Education Freedom Scholarships,” which the White Houses says would give 1 million students the "freedom" to attend the school of their choice.

The program would offer a tax credit to people and businesses that donate to scholarship organizations that provide private school vouchers to students.